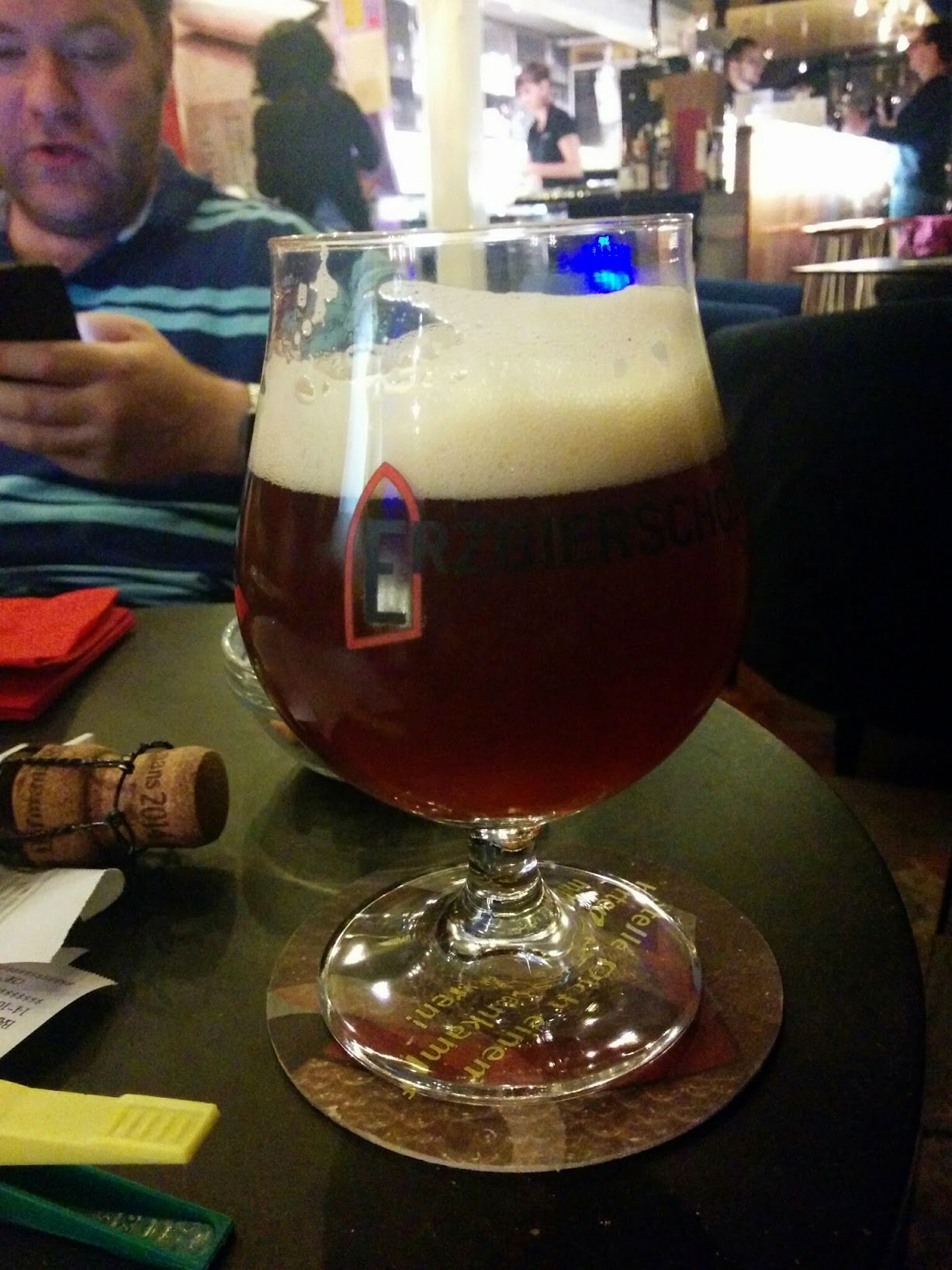 Pours a clear, deep amber hue that colour of dark maple syrup. Head forms coarse-bubbled foam, but it's fairly solid for a while, and off-white in colour. Lacing is good. Body is a bit light, with low carbonation running in fine streams. Looks good.

Nose is overpowered by the sour character—but it's not a refined acidity. It's slightly funky, and quite vinous, with a warm smoke behind it that lends some odd woody characters. Slight plastic notes come through as well, along with a little tannic grapeskin. It doesn't work all that well.

Taste is mostly just weak. Not really sour, although I blame the acidity for the thinness in the body. Some tannic, vinous notes provide a bit of bite in the back. There's not a lot of smoke, just a slightly ashy finish. It's weird, and certainly not very good.

Feel is thin, and those astringent tannins make it uncomfortable.

Quite unimpressed. I am very dubious about the concept of souring a smoked beer in any case—worse is the fact that this tastes so weak and neither element can stand up to the other. It's just not a good combination.
appearance: 4.0 | aroma: 3.0 | taste: 2.0 | feel: 2.0 | drinkability: 2.0