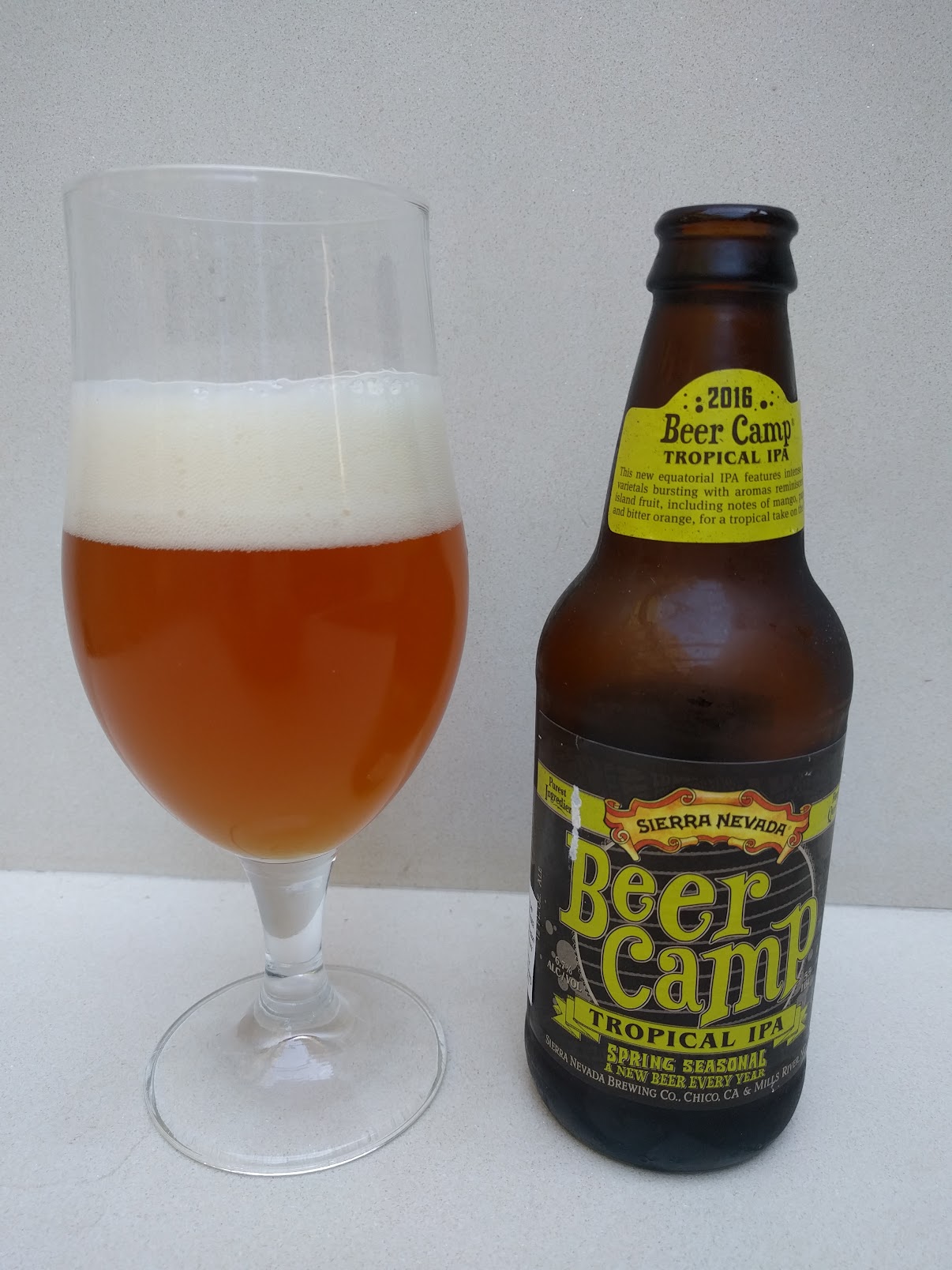 12oz brown bottle purchased from Leura Cellars. Bottling date of April this year, so about 6 months old, and who knows the transportation situation from California to Australia.

Pours a pleasalnt light golden colour, with a foamy, frothy and persistent head of eggshell white, that leaves masses of fine, intricate lace and a pleasant cap of film. Body has a slight bit of weight to it, shown by the way the carbonation swirls and then stagnates. Looks pretty good.

Nose is old, there's no doubt about it. In fact, there's almost nothing at all left on the nose. Certainly there's very little hop aroma. Instead, all we're left with is a fairly dull, neutral malt character, that has a vague buttery quality to it. If I'm looking for it, I can maybe fine a very slight pine needle bite in there, but it's really quite weak.

Taste is also really not that great. There's a very mild, but pretty weak malt character, whose defining trait is that buttery note again. On top of this is a straight, direct bitterness, but very little other hop flavour—it ends up tasting a bit like isohop. It leaves a dollop of piney bitterness on the back and then disappears. Perhaps the other flavours came through more aromatically when it was fresh.

Feel is okay. Very light though, but with fine carbonation.

This is only just passable at this age. I'm sure it's better fresh, but 6 months certainly isn't old, and this must have deteriorated pretty quickly to be this bad this fast. It's almost like it has no flavour at all. At the very least, don't bother with this beer if it's more than a couple of months old. At six months, it's effectively dead.
appearance: 4.0 | aroma: 3.0 | taste: 2.75 | feel: 3.5 | drinkability: 3.0