Bottle shared by Jez at Father's place in Orange. Served blind, I think.

Pours a cloudy pale champagney colour. Film of tightly-packed bubbles around the edge. Slow trickle of bead through the body as well. Not much lacing. Looks flat, wild maybe.

Smells tart, with some bretty funk and a big fruity acidity; lemon, lime and passionfruit, maybe some melon as well. Earthy spice, with cinnamon and cardamom and black pepper. Some juniper as well and maybe a touch of vanilla sweetness. Very pleasant.

Taste is quite tart. Has a big citrus acidity to it, that starts on the front and undulates in waves all the way through, including a linger on the back. Some notes of melon and guava on there, with a rich fruity character midway, and then bretty wild funk takes hold late mid and turns it really quite tart, with a really puckering lemon juice/vinegar kind of astringency. Decent construction to it, but what it's really crying out for is more sweetness; just a bigger malt presence or some adjunct even that would take the edge off the acidity. Because it's nice but pretty strongly, even harshly, tart.

Mouthfeel is quite fuzzy and tangy, and a lot of lively bugs and weirdness fizzing around. Interesting; again maybe a touch thin. 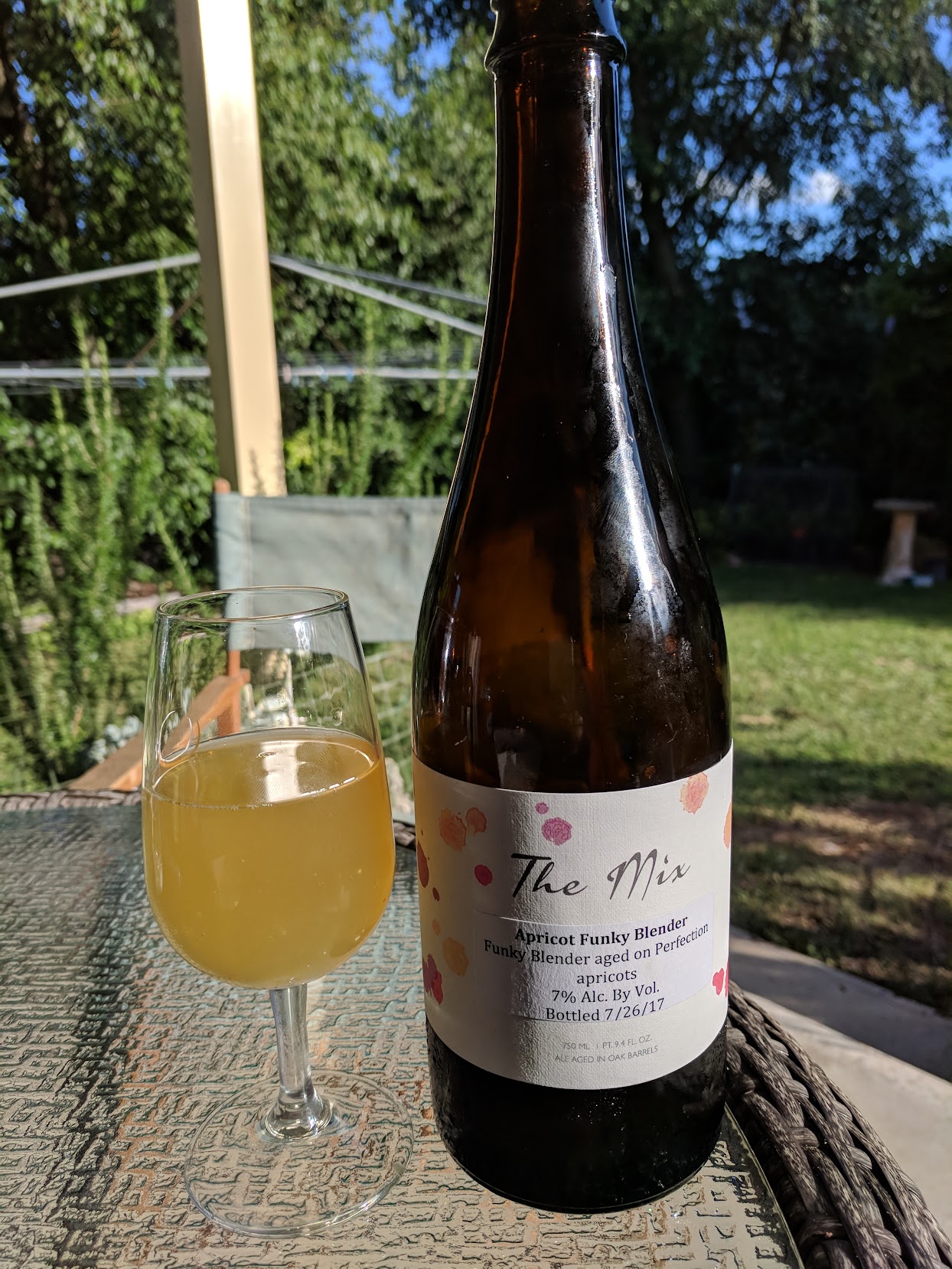 750ml brown bottle purchased directly from the brewery during a tour there. Brought back to Australia where I shared it with Sam and our Dad.

Pours a pale, cloudy peach-tinged yellow, with only a loose ring of bubbles, that doesn't persist. It looks more like cider than beer. Carbonation is fine, though, and it persists in the body, even as it goes on. Looks pretty decent.

Nose is great. Lovely soft stonefruit character is well-integrated to a sharp acidity. There's green apple tartness and true fruit acid as well, but it's all connected. The apricot is subtle, but it's ever present. As it warms, I get more of the barrel as well, giving soft butter and vanilla. Lovely.

Taste is also very good. It's built around a very pronounced acidity, especially on the front. It has an almost citric bite, turning more toward a vinous character like young Sauvignon Blanc as the oak gets some prominence. In the mid and the back is where the apricot comes through. Again, it's subtle, but it's integral to the success of the beer, coming through persistently with lovely semi-sweet aromatics.

It's so fresh and lovely. It's successful because of the sharpness of the acid, and the way it so seamlessly integrates this into the apricot characters. They know what they're doing.
appearance: 4.0 | aroma: 4.25 | taste: 4.25 | feel: 4.0 | drinkability: 4.25