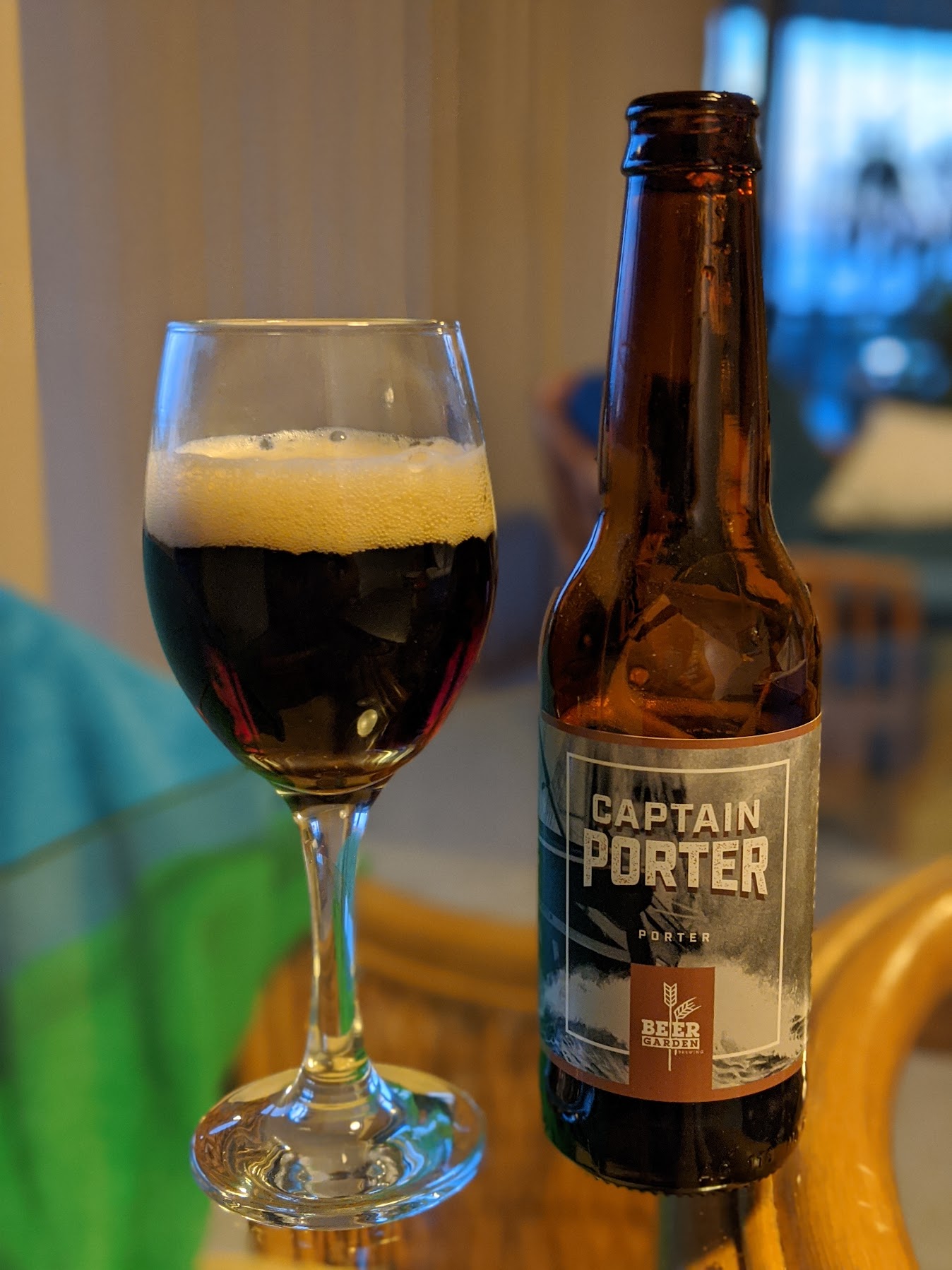 330ml brown bottle purchased from the brewery by my Dad, and given to me as a gift.

Pours a surprisingly lightweight, and light coloured cola brown hue, with a coarse, frothy head of off-white that nonetheless settles out to a firm and persistent cap. Minimal lacing, although is sticks to the glass in spots. Carbonation is weak in a very thin-looking body.

Nose is relatively pleasant. There are nice notes of mild caramel, extra milky milk chocolate, and carob with a slightly brighter tone of smouldering wood. It's not a strong aroma, and there's nothing particularly complex about it, but it's pleasant.

The same can be said of the palate, which is somewhat thwarted by a very frothy, over-zealous carbonation in the feel. But aside from that it has a pleasant semi-savoury toasted grain character, which meshes well with aromatic carob and cocoa powder notes. But it is very light, and the frothiness in the feel makes it lighter still, meaning that even if there were more complexity to be had, it would be lost.

Overall, it's fine. It's the kind of beer you find on a tasting paddle at a nondescript brewery and go: oh yeah, bung that one on for me, why not. This isn't the best example, but it's not the worst example either. It's a serviceable porter that sits relatively well in the style.
appearance: 3.0 | aroma: 3.75 | taste: 3.5 | feel: 2.5 | drinkability: 3.25