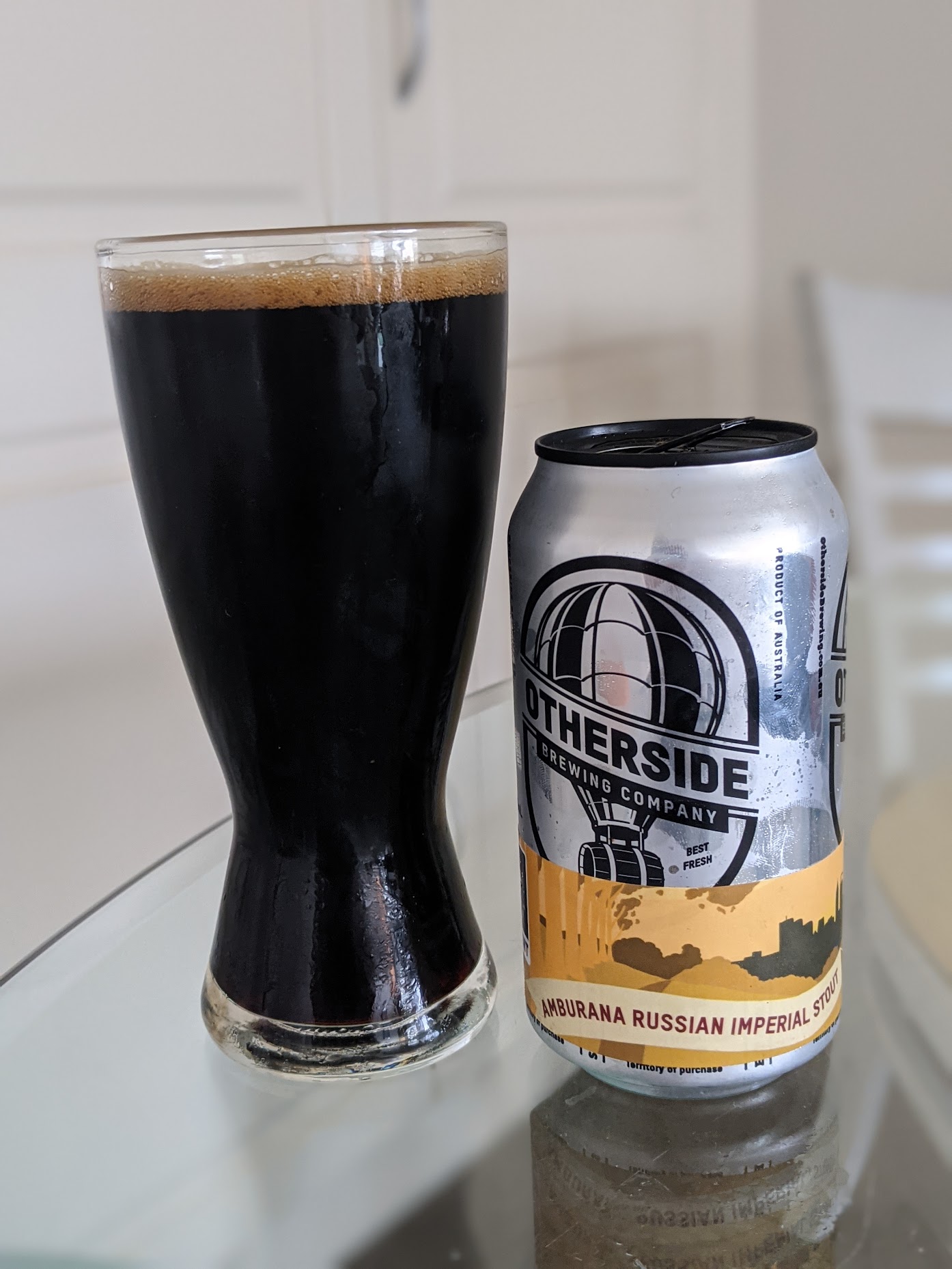 375ml can, part of the 2019 Canvent Calendar from Carwyn Cellars. This was the final beer, under flap #24. I am drinking it a week later because I'm not 25 any more and I couldn't keep up.

Pours a dense black-brown colour, with a good sheen to it, but not the intense darkness you might expect. Head, for instance, is a fairly mild deep beige colour, that settles out to a loose ring, leaving very little lacing. Looks good, even so.

Nose is extremely enjoyable. It's got a deep darkness like aromatic coffee, but it's wonderfully leavened with notes of vanilla, sweet biscuits, dried ginger and oak. Actually, it appears Amburana is the wood used for aging this, so I guess it smells like Amburana. It's a lovely aroma though, and nicely coupled to a big sweet imperial stout.

Taste is also good, although a little flatter than the nose. It starts off with deep spicy booze, almost a little aniseed in character, but smooth milky coffee notes take over, trending towards caramel ginger and white pepper in the back. It does feel a little dead in the finish, almost with a cardboard oxidation character—almost certainly not oxidation, but a little flattening certainly. There's a candy-like note it there as well that evokes fairground fairy-floss or boiled swets. It's fascinating.

Feel is a little light for such a huge beer. It's slick for sure, and the woodiness that comes through towards the back gives a slight sharpness which isn't matched in the body.

Overall, though, this is an excellent beer, and one which I've enjoyed immensely. I particularly like the spicy wood notes, which are such a lovely match for the big dark boozy characters of the beer. If this is what to expect from Amburana wood, I look forward to seeing others take this to new and exciting places.
appearance: 4.0 | aroma: 4.5 | taste: 4.0 | feel: 3.75 | drinkability: 4.25