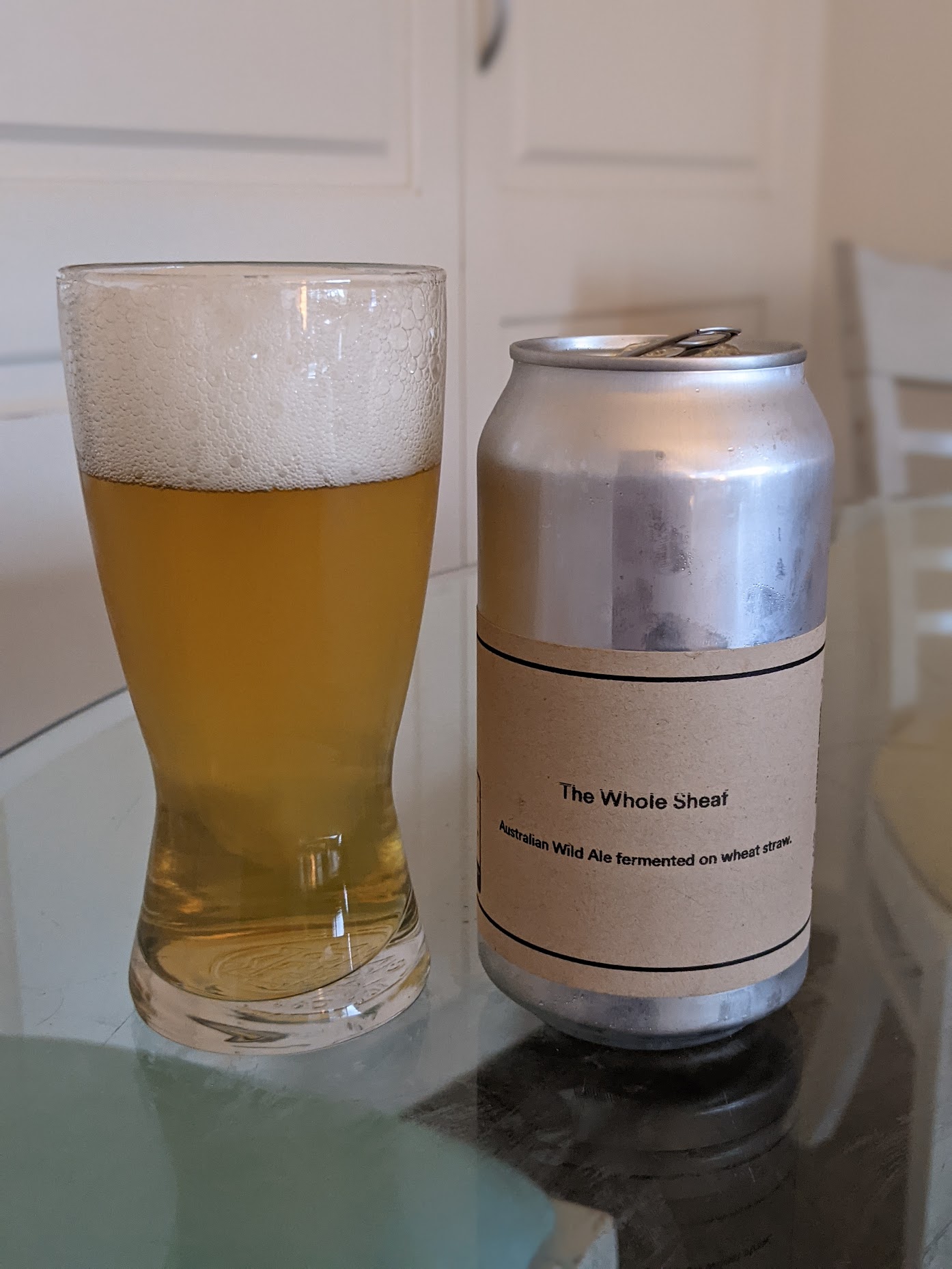 375ml can purchased as part of the Carwyn Cellars Canvent Calendar. It's a plain can, from one of the more interesting breweries in the country. This is a beer fermented on raw straw, on top of the wild fermentation characters you get from their house culture.

Pours a beautiful, slightly hazy pale gold. It looks crisp and bright, with a wonderful rocky white head that leaves excellent complex lace. Fine, bright vibrant carbonation. Really, it looks excellent—at the very least, it's everything you'd expect from a brewery that takes seriously everything they do.

Nose is wonderfully bright and aromatic. It has the classically bright notes of the Wildflower Gold, which they have absolutely refined and developed over several years. But it has a more rugged, more grainy and yes, more straw-like not to it, which makes it seem rustic and genuine. I've had some full straw beers in the past which have a genuine pong to them—manure and ergot—but this is nothing like that. It's got a more earthy, aromatic, and in some ways more genuine aroma to it. It's the kind of aroma that connects the general Wildflower funk to the character you get from the raw ingredients. That's special.

Taste matches this. It's certainly got an earthiness that brings in both the characters from the house culture, but the nakedness of the straw, but it's an otherwise beautifully crafted wild ale, with a restrained, coherent acidity from the barrel and the long maturation time. There's a slight horsey character on the finish, but it's nicely balanced with a crafted, almost aggressive bitterness, which is well judged.

Overall, I'm genuinely impressed. This is Wildflower bringing in some of the more aggressively wild elements, and absolutely knowing exactly how to tame them. No, that's not quite right—because these are not tame characters. These are characters which are brought into the fold in just the right way, without restricting their free expression. And yet we still get a coherent, drinkable beer. Well done.
appearance: 4.0 | aroma: 4.0 | taste: 4.0 | feel: 4.0 | drinkability: 4.0