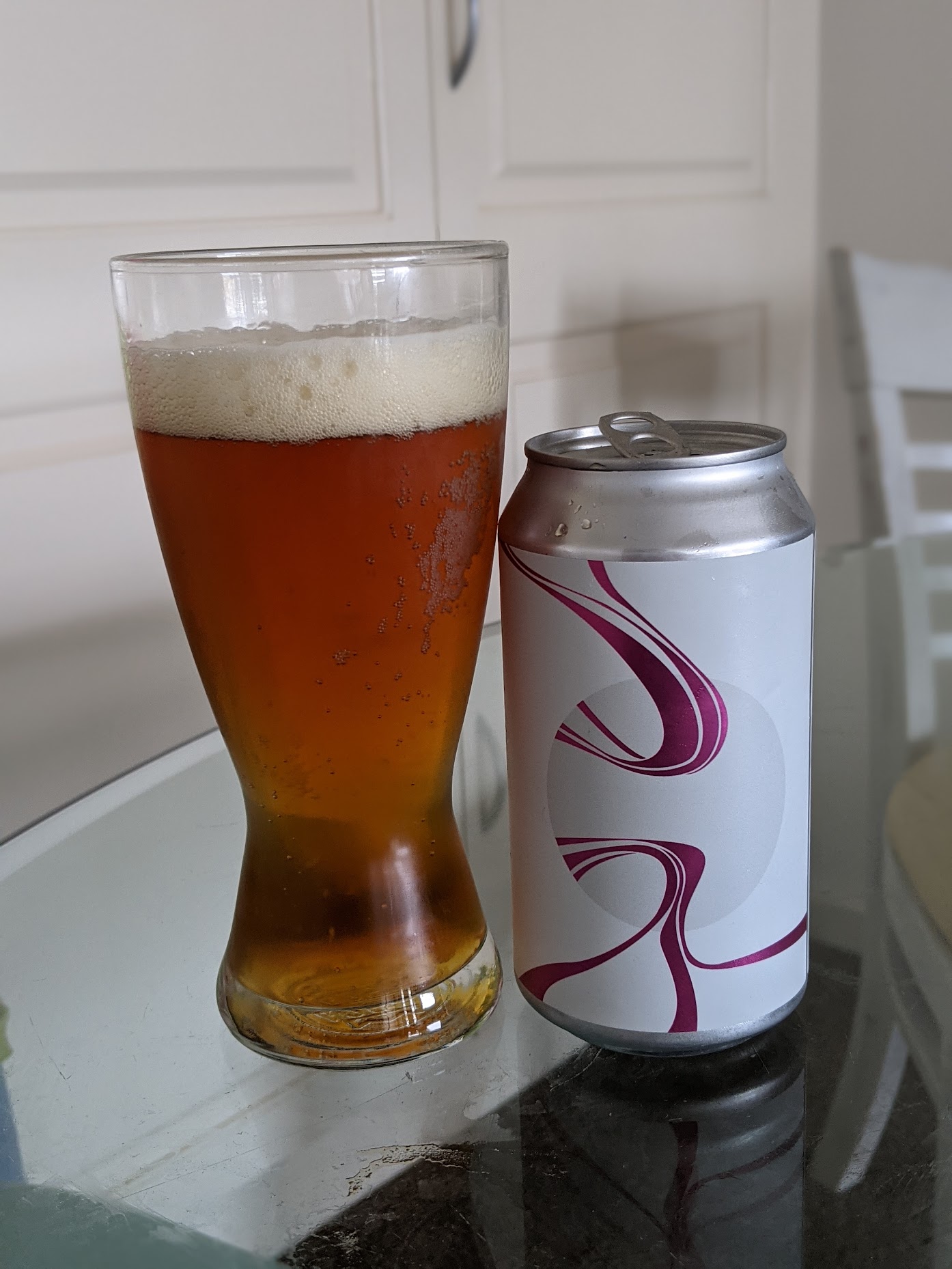 375ml can from the Carwyn Cellars Canvent Calendar 2020. Lovely label art, I have to say.

Pours a rich, fairly heavy, coppery golden colour, with slow swirls of languid carbonation and a fine crest of white. This settles out to a ring, but persists quite well in the end. Body has some weight to it, but not enough that it looks like it's going to be heavy and sweet and underattenuated. So that's a good thing.

Nose is pleasantly resiny, with a pronounced pine and citrus note that takes me back to a simpler time. It's an aroma which matches very nicely with a bit of extra booze—it connects with a slight metallic quality and a heady but subdued toffee sweetness. Not overpowering, but nicely done.

Taste is also pretty well balanced. It's not a huge-flavoured beer, which is a hallmark of restraint in such an alcoholic beer. But this also means it's not leaning on masses of hop bitterness, a lot of residual sweetness or something else to cover up flaws. It's just clean and well made, especially given it has so much heft to it. Bitterness is just about right, with a clean quality to it which nicely aligns with a slight metallic bite and a hint of booze.

Feel is slick rather than heavy, with a slight bright tingle of carbonation.

Overall, this is a nicely done brew. I'm not convinced it's a ground-breaking or very exciting beer, although a beer with this level of restrains which clocks in at over 10% is still something of a marvel. Still, if nothing else it speaks to the craft of Spotty Dog, and makes me think I'll need to search them out in the future.
appearance: 3.75 | aroma: 4.0 | taste: 3.75 | feel: 4.0 | drinkability: 3.75