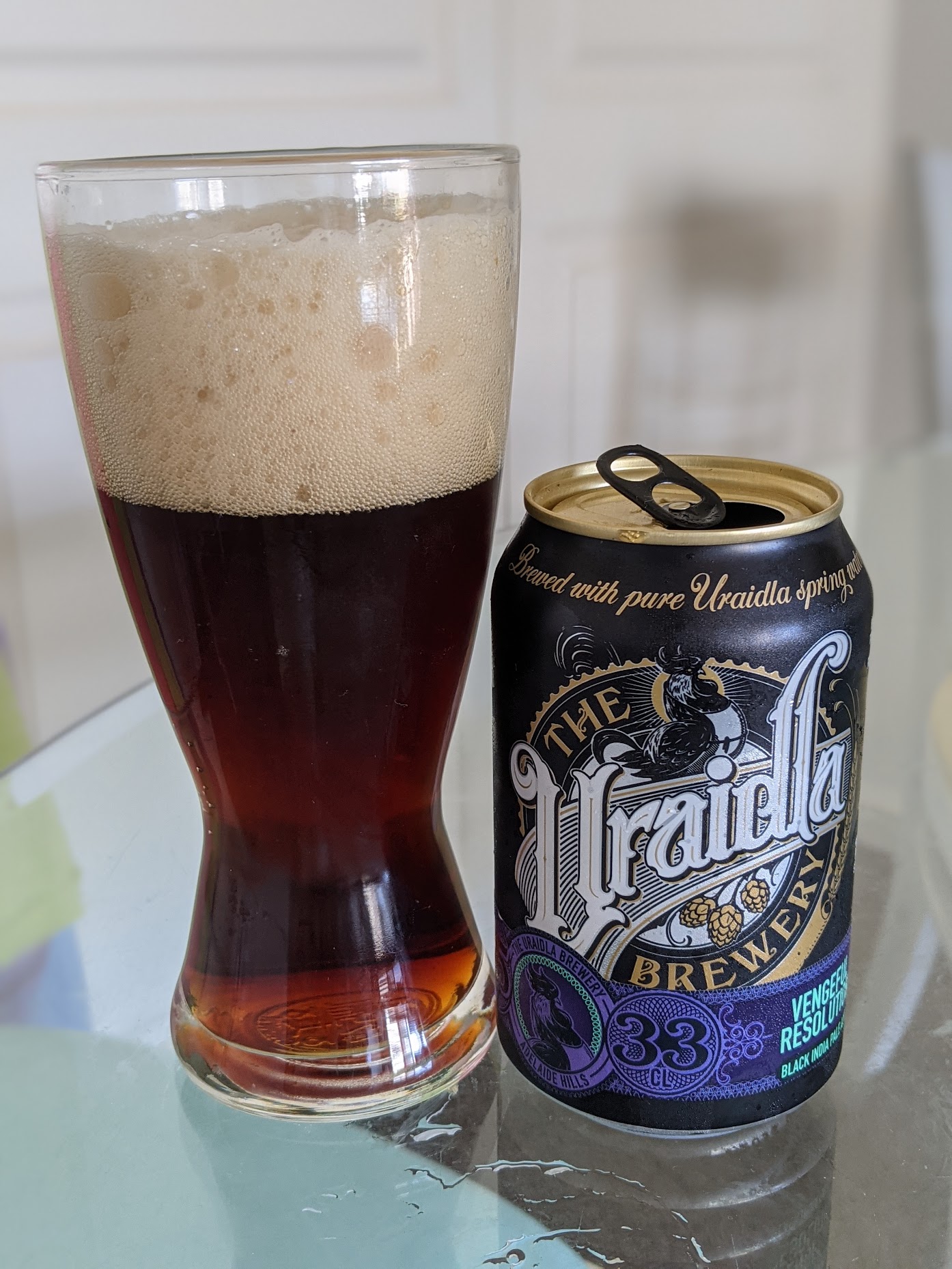 33cl can purchased as part of the 2020 Carwyn Canvent Calendar.

Pours a relatively light coloured and light-bodied brown colour—it's almost a deep amber rather than brown. It's certainly not black. A dark IPA then. Head is a coarse-bubbled head of beige that leaves some patches of lace, but otherwise collapses pretty quickly.

Nose is pleasant though—leaning very heavily on the aromatic hops, with citrus being the main focus. It's very much in the style of the "surprise!" IBAs though, in that it's just dark enough to throw you off, and otherwise it smells like an IPA. But it's fine.

Taste is a pleasantly created IPA. As in, it has enough grain malt structure to support a hop bouquet. In particular, it has a soft orange pith and mandarin flavour which again doesn't owe anything to the B in its style. Pleasant bitterness on the back, again tied mostly to a zesty citrus note, and the finish is dry and clean.

Feel is a bit flat, with lower than expected carbonation.

I get it. This was a fun gimmick for a while: "look! it's dark! but it tastes like an IPA!". It's a cosmetic thing only though, and there's something really quite wonderful that can be done with a hint more darkness in an IPA-style beer. This doesn't even really get the dark colour that right. But it's a drinkable beer, and enjoyable. There's just no need for it to be black.
appearance: 3.0 | aroma: 3.5 | taste: 3.25 | feel: 3.25 | drinkability: 3.25