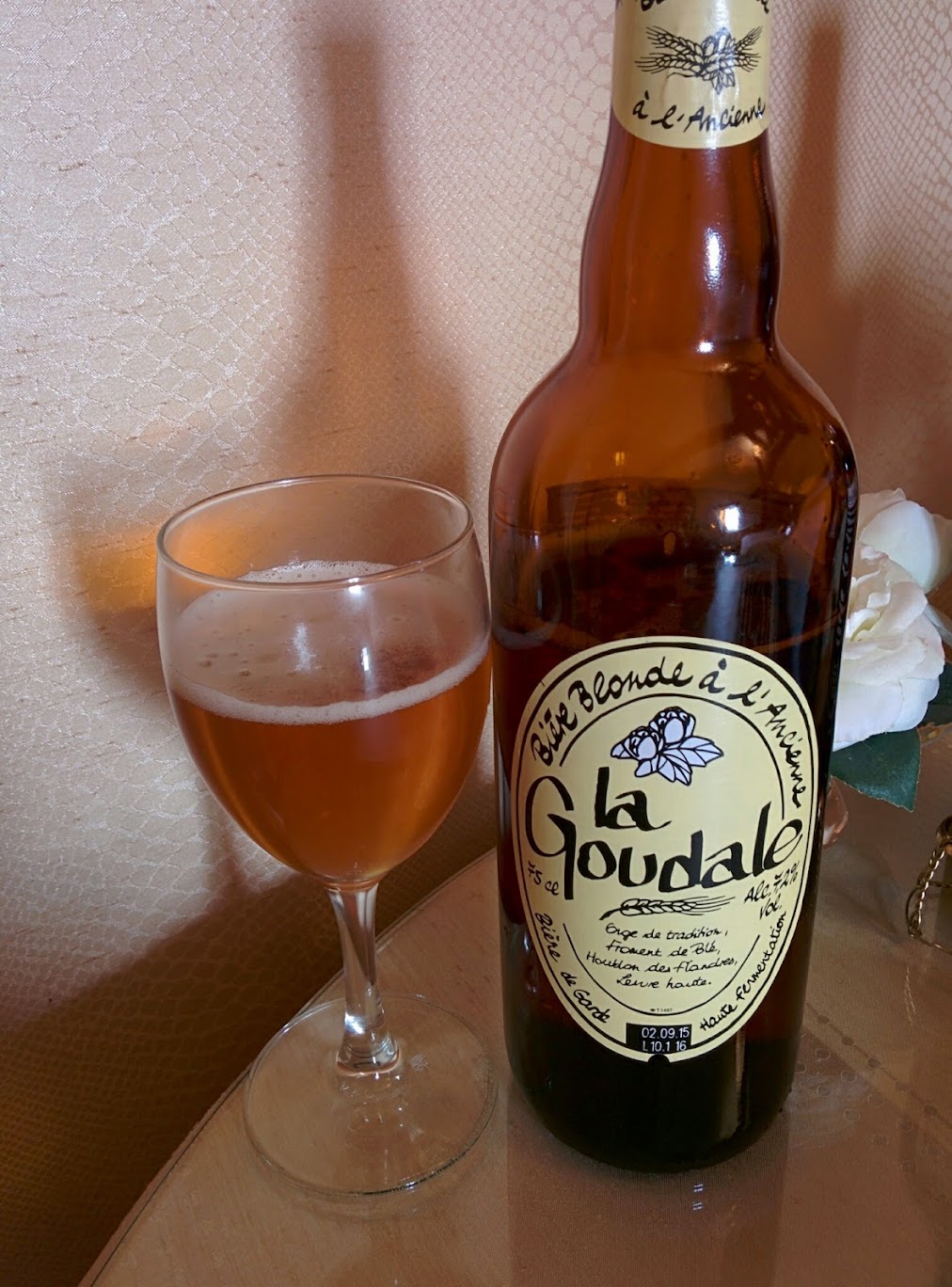 75cl caged and corked brown bottle purchased from a Carrefour in the 7th arrondissement of Paris. Freshness date of 02/09/2015.

Pours a lovely clear, and bright golden colour with a coarse-bubbled and rather unpersistent head of white. Fair amount of coarse, streaming carbonation. Body is fairly light, but looks okay. Overall, it's certainly got some good characteristic.

Nose is rather unpleasant and a little disappointing. Flabby adjunct grain characters (I thought corn, but the bottle only mentions rice), slight overt sweetness, and a dirty, skunky character like overboiled vegetables. I guess that's the corn-like DMS I was smelling, but it's not quite straight DMS.

Taste is mildly better, because there's a hint of bitterness to ride over some of the rougher edges. Otherwise, that corny thin sweetness does stretch over most of the rest, with a slight vegetative edge. It's fairly clean and light at least for the most part, but there's not much going for it.

Feel is light and clean: if the flavours weren't so offensive, it would match nicely.

Overall, though, I found much that was unpleasant in this beer. There's not a lot of structure or pleasant flavours to it even looking at the positives, and with the nasty characters coming through it verges on genuinely offensive. Not one I'll be picking up again.
appearance: 3.5 | aroma: 1.75 | taste: 2.25 | feel: 3.0 | drinkability: 2.0