Smells sweet, and a bit off. Big caramel malt character with some typical Bretted notes of damp/wool aroma, some salty and even corporeal aspects to it as well, with a touch of dry champagne on the back. Smells really bitter somehow, too. Don't love it.

Taste is a bit better as it's more tart. Champagne notes upfront develop into a tart crisp green apple character midway. Develops more of that damn wooliness towards the back that devolves into a lingering off bitterness. OK I guess but at its best it's little better than your standard kind of unblended, uncultivated sour beer.

Thin body with a fizzy mouthfeel. Adds some texture to a pretty flat palate. 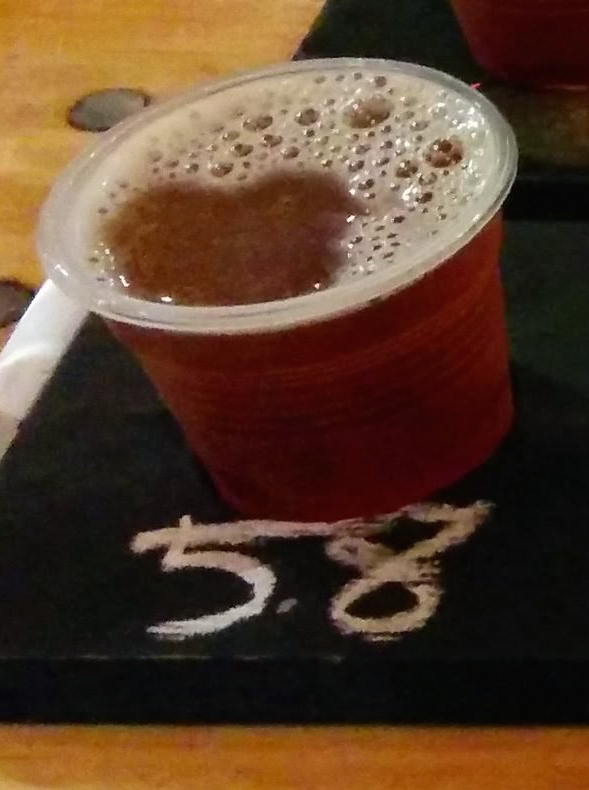 Pours a golden amber colour, with solid hazing and a decent weight behind it. Head forms a yellowish off-white of pocked loose bubbles that leaves fairly full lace. Carbonation is very fine.

Nose is slightly nutty, but also slightly dull. It makes the beer feel cold and icy, even though it's no colder than any other one. Some faint rounded grain comes through as it genuinely warms. It's not terribly exciting though.

Grainy and slightly nutty on the front with a decent malt character to it that suggests is German origins. Middle is weirdly smoky with a hint of faint yeast-induced acid. It's only a suggestion though, and on the back it's smoothed out, just leaving a kick of soda in the finish.

Feel is clean, and perhaps just slightly too light.

Overall, it's pretty decent. It's not a great alt by the gold standard, but it's a decent stab and interestingly different beer to have at GABS.
appearance: 4.0 | aroma: 3.5 | taste: 3.75 | feel: 3.5 | drinkability: 3.5
Mumme
5.6% Altbier from Indian Ocean Brewing Company
Overall:
67 / 100
(Solid)
Pours an amber colour, fairly dark with off-white head that sinks to just a rim of tightly-packed bubbles. Not bad.

Smells malty upfront, with notes of spice and some Belgian phenols lingering at the back. Touch of roast as well. Could use more of those esters, it's quite plain.

Tastes malty; biscuity upfront. Caramel notes that descend into fairly clean and mild and inoffensive mid-to-late, with some herbal noble hop characters and a slight medicinal edge. Pleasant and inoffensive.

Body is full but the carbonation shows through; not a bad cut-through though. 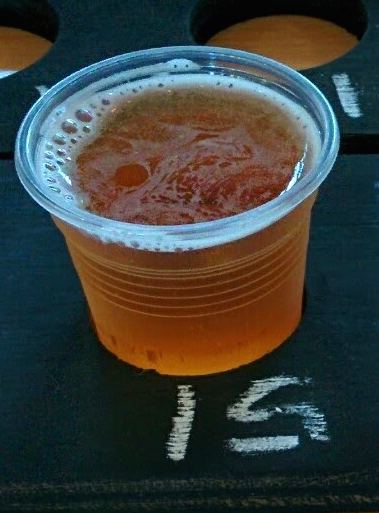 Tried on-tap at GABS in Melbourne.

Pours a pale golden colour, certainly within the realms of blonde with some hazing through the clean, light body. Fine but inconsistent white bubbling forms the head, and doesn't leave much in the way of lacing. It looks a little underwhelming.

Belgian esters come through fairly well, but underneath is a sort of yeasty blandness that doesn't help accentuate some of those spicier characters. A little pepper is noticeable as is a touch of acidity. Not bad all up, but not really that interesting either.

Light rounded entry on the front palate with an immediate dryness which continues throughout. Yeasty tones come through along with a stretched thin malt character. Back is fairly clean, but the dryness has parched most of the Belgian notes except for a faint lingering spice. It's actually not bad. The feel is surprisingly a little fuller than the dryness would make you believe.

Smells grainy. Sweet, with cereal grain and plenty of adjunct aroma. Smells like rice, really. Not much else to it.

Taste is grainy, too. Oatmeal, with a touch of pearl barley, and some rice as well. Sweetness doesn't even really figure into it, which is a shame. It's got 'graininess' in common with a Vienna lager, but aside from that it's just bland.

Thin, quite fizzy. Disappointed here, too.

Yeah, stylistically I think it's OK, but it's a very bland version of a Vienna lager. I tend to picture them as, and expect them to be, quite toasty and hearty with a light-to-medium body and this just doesn't have much substance to it.
appearance: 3.0 | aroma: 2.5 | taste: 2.5 | feel: 2.0 | drinkability: 3.0