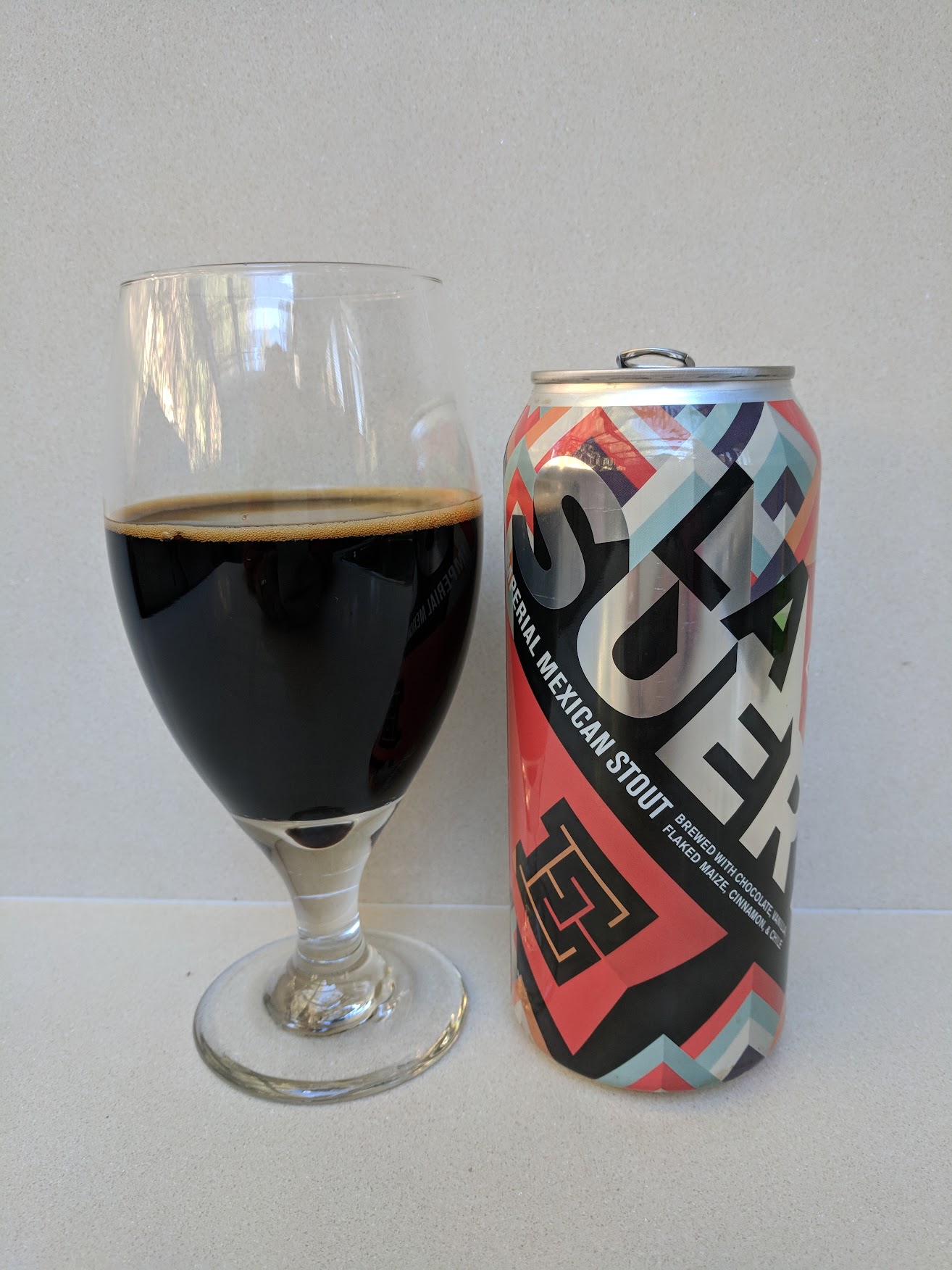 Pours an inky, glossy black. Head forms a filmy ring of mocha that leaves a little bit of streaky lace. Plenty of body to it—but it's a slick, liquid body than something heavy and sticky. Carbonation is very fine and dark, but it moves swiftly through the glass. Looks pretty dang good.

Nose is quite sharp and pungent, but it's almost entirely due to the booziness, and perhaps a slight whiff of chilli. It's got a solvent-like character that does burn off, fortunately, leaving more of a dark chocolate bite with hints of capsicum and cracked pepper. It's still quite strong, but there's nice complexities under that initial punch.

Taste is actually quite similar, although the power of the booze is slightly more medicinal than solvent-like here, and it feeds into the back where the chilli takes up the note. This leaves some spicy heat, but not a lot of chilli flavour, despite the capsicum character on the nose. Through the centre there's definitely some chocolate notes, and a big sweetness from the residual sugar.

Feel is slight and rich through the middle, with plenty of bite from the chilli on the back.

22oz bomber purchased from K&L Wine Merchants in Redwood City, CA. Brought back to Sydney and shared with Sam and Rich.

Pours a slightly hazed, but pleasant deep orange amber, without a great deal of carbonation, and without much propagation of head, even when poured vigorously. Body looks pretty fluid, but what carbonation it has hides in a fine mesh when tilted, making it seem a bit thicker than it is. Looks decent enough.

Nose is quite spicy, and perhaps a bit woody: certainly with a little Old Ale-style oxidation to it. Some nutmeg and brown sugar, a touch of something a little sharper, perhaps cinnamon or allspice, even maybe a suggestion of dried ginger. It's interesting.

Taste is similar, but with a true lack of sweetness. This means that while there's more of that nutmeg and cinnamon richness on the front, the back just drops off, leaving the spices sitting exposed and astringent. It also makes it feel slightly solvent-y on the back: certainly sharper and weaker than it should be. Feels very dry on the finish, leaving nothing in the feel except a bit of heat and that prickle from the spices.