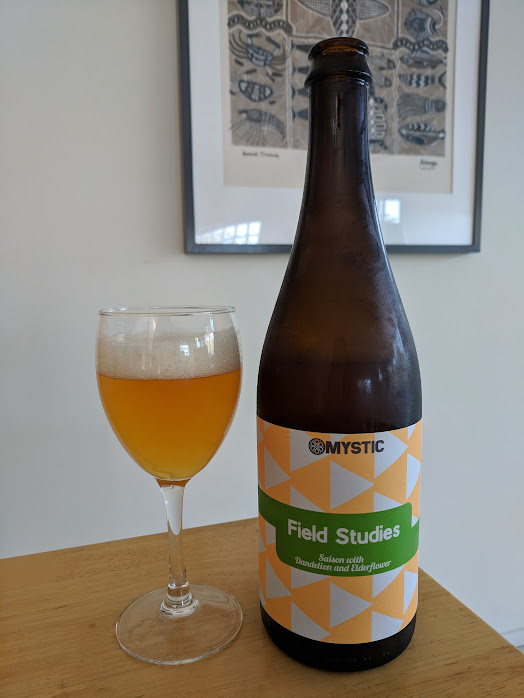 Pours a deep golden colour, almost burnished orange at its core, with noticeable but not opaque hazing. Head is a loose crest of off-white that sits like grimy foam on the top of the body, but leaves minimal lace. Carbonation is very swift.

Nose is bright and vibrant from the start. It mostly comes from a pronounced, earthy saison note—a symbiotic blend of yeast characters that mark some of the classic aromas. But it's enlivened by the botanical characters as well, dandelion is more prominent, perhaps because it matches a weedy earthiness to the saison notes. Softer notes of vanilla orchid and jasmine come through as well. It's very pleasant.

Taste is also pretty good. It's dry on the front, with hints of future astringency. These notes rise a little in the mid-palate, as the earthy yeast takes hold. But there's a softening character that comes through, this time partially from the elderflower, which adds an aromatic sweetness, and more vanilla, which smooths the back palate. Finish has more jasmine and gardenia.

Feel is quite boisterous—the extra carbonation probably helps promote some of those delicate floral aromatics, but it also adds a surprising aggression to the beer.

It's an interesting brew, with a nice collection of aromas—they're aromas more than they are flavours, but they all add to an overall experience. All up, it's a nicely put together saison, that understands the base beer and adds a layer that complements it.
appearance: 3.5 | aroma: 4.25 | taste: 4.0 | feel: 3.5 | drinkability: 4.0
Saison Renaud
6.5% Saison from Mystic Brewery
Overall:
75 / 100
(Very Good) 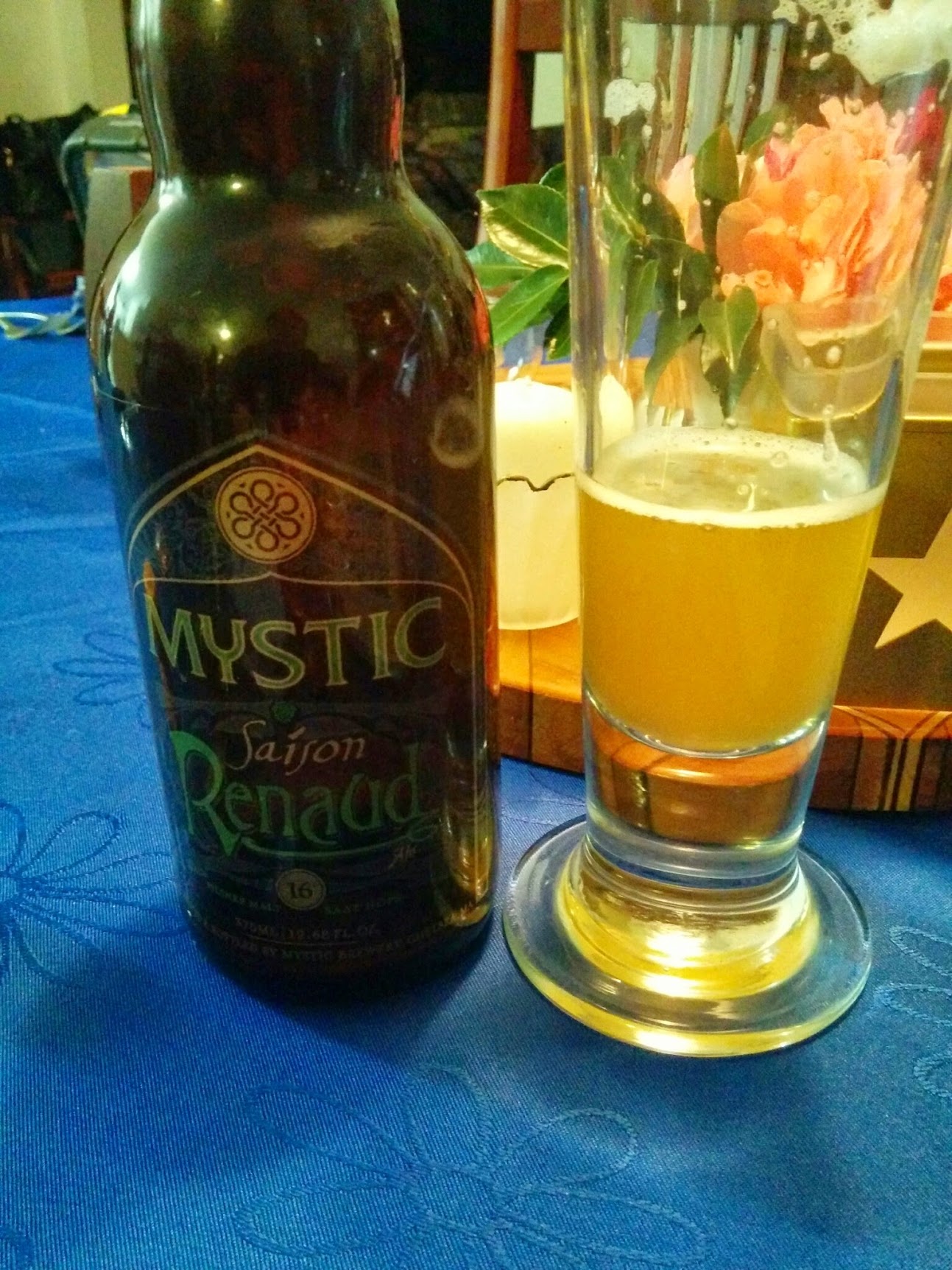 375ml caged and corked bottle purchased somewhere in Massachusetts by my mum, shared with Sam in Sydney.

Pours a pleasingly hazed yellow colour with a massively frothy, coarse-bubbled and rocky head of white that crackles and aerates its way down to nothing. Carbonation is also fairly coarse, and a little bit sparse. Body is fairly light. Looks pretty good overall though.

Nose is also pleasant. Some stonefruit and banana characters with a hint of something sharper: perhaps some dry-hopping. Really very rounded with some deep sweetness to it. It's very nice.

Taste is a little bit stranger. Here there is a pronounced wheatiness, which stretches the palate a little, adding some acidity and a slight metallic character. Under this is the sweetness and the banana fruitiness from the nose, which creates quite a broad basis. Slight pepper on the finish almost turns slightly medicinal—along with the mild tartness it gives even a suggestion of cherries.

Feel is silky and fairly broad, despite feeling as though it's rather light.

Overall, I liked it a lot. It was full-flavoured with some complexity and interest. A bit more sharpness would really complete the package—some spice or pepper through the centre of the palate would be a great addition. But even as it is it's pretty tasty.
appearance: 3.75 | aroma: 4.0 | taste: 4.0 | feel: 4.0 | drinkability: 4.0