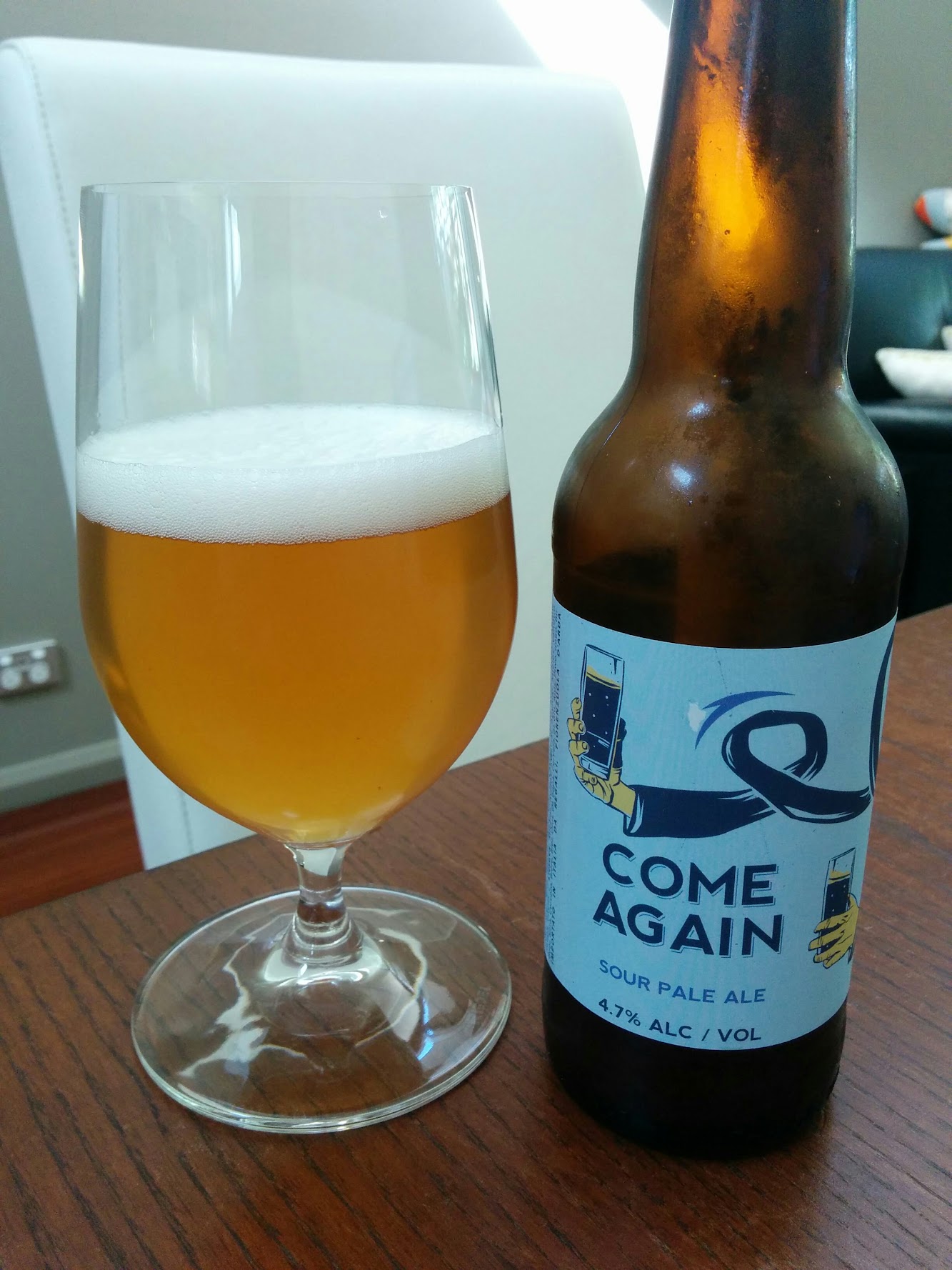 Pours a clear and rather bright golden colour, with a minimal, but fine head of white that sits as a very thin ring and leaves a few specks of lace. Carbonation is quite fine and languid, and the body looks denser as a result, even though it's still quite light and flowing. Looks decent.

Nose is very pleasant. Subdued green apple acidity gives it a cleanness, that bounces off some nice rounded Belgian notes. The base is a little grainy, and it tends a little towards musty as it warms up. There's also a slight kick to the acidity as well that almost gives it a twinge of the truly acetic. It's pretty nice all up.

Taste is also good, mainly because it's very light and crisp, and the acidity doesn't hang around too long. It hits at the start with a fragrant, bright tartness, that does evoke underripe fruit, in particular green apples or crabapples, but then settles out to a dry midpalate, and a sparkling crispness in the finish, rather evocative of either brut champagne or very dry sparkling cider. It is pretty drinkable.

Feel is very lightweight, but it has a pleasant effervescence to it.

Overall, it's a nice beer, and a refreshingly drinkable and approachable sour. It doesn't have the robust complexity of its bigger brothers in the style, but it also shows how well a sour beer can do in the sessionable, I'll-have-a-couple, category.
appearance: 3.5 | aroma: 3.75 | taste: 4.0 | feel: 4.0 | drinkability: 4.0
Dark Nights
4.6% American Porter from Buxton Brewery
Overall:
71 / 100
(Very Good)
Pours a dark cola colour, touch of sediment. Head is beige, small but nice and dense. Good lace. Looks good.

Pours a slightly dirty orange colour, with persistent haze and an off-white head of messy bubbles that don't persist as much more than a film. Nice, light speckled lace in places. Body is light. Overall, it's a bit underwhelming.

Nose is pleasant. Bright US hop characters of sweet citrus tinged with a resiny pine fragrance. It has a pleasant bright woody tone to it for the most part: the fruit characters manage to come through when it's swirled, but the sharper perfume characters are dominant when it's just sitting.

Taste is extremely odd, or at least moderately odd. For the most part, it seems quite a pleasant standard IPA, with a clean bit of hops on the front backed by some slid, neutral malt. But on the back, a distinct smokiness comes through—I'm sure I'm not imagining it. It mingles with the hops to provide a strange metallic magnesium character, and it lingers as a dark undertone in the aftertaste. It's very strange.

Feel is good. Light, but with a slight tingle.

Overall, I'm a little confused, but it's pleasant enough. It is not, however, a good example of a pure, straight IPA. Even if it's not smoke, the palate goes in very strange directions. They're not unpleasant, they're just a little baffling.