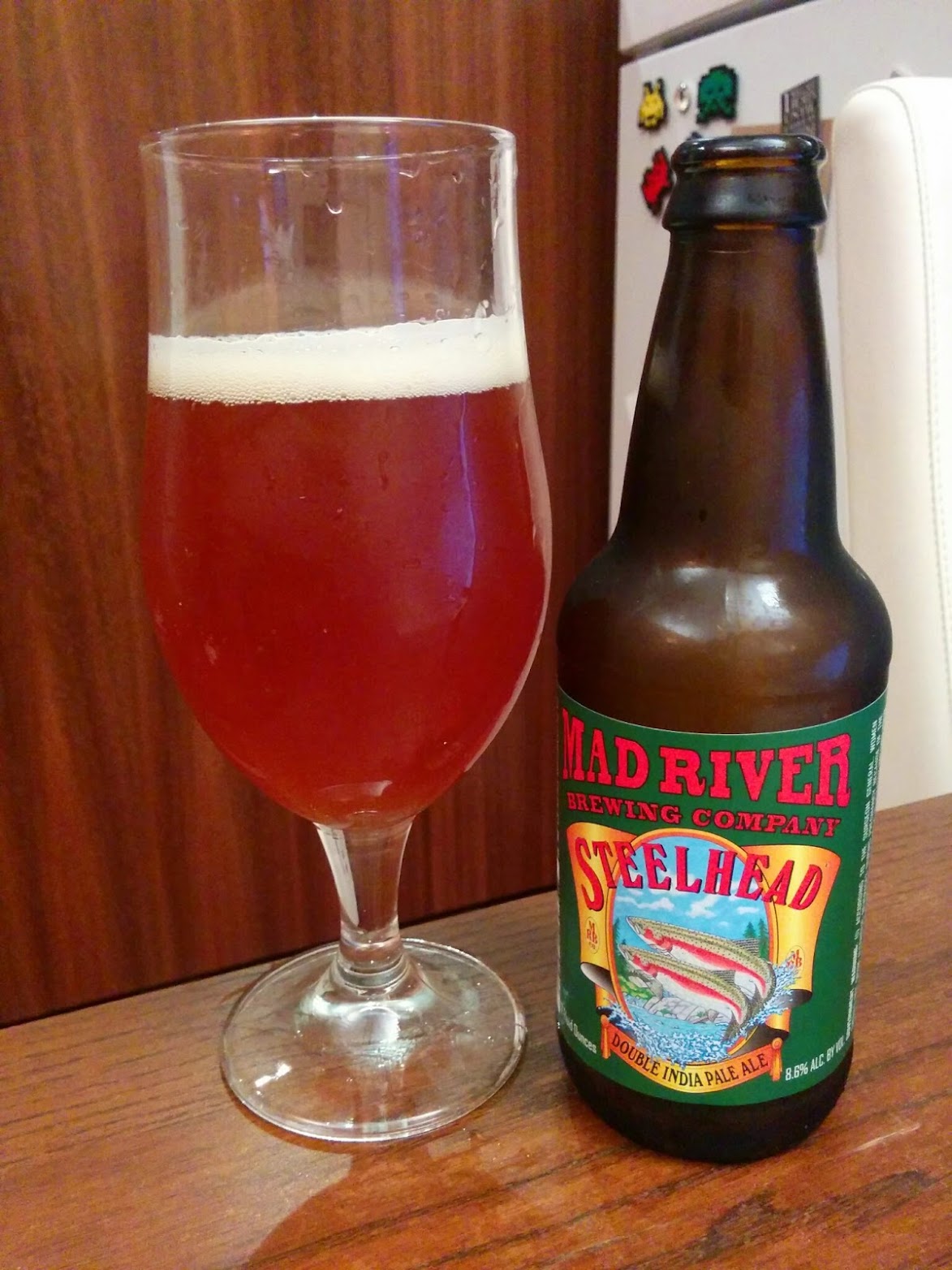 Anyway, it pours a pleasantly hazed orange-amber hue, thick and heavy in the body, with a fine, filmy head of off-white. This leaves some pleasant fine specks of lace as it goes down, like a tine leopard has painted its spots with beer foam and rubbed up against the glass. Carbonation is languid, especially when tilted. Looks very good all up.

Nose is hearty and rich. Firm malt backbone, almost heading towards the savoury end of things with plenty of wholesome grain. Above this is a muted (and perhaps somewhat stilted) hop character, which is maybe the worse for wear after it's voyage across the seas to Australia. Still, there's a nice balance to it, although the hops turn a little organic—maybe like a pine-forest undergrowth.

Taste is better. Firm maltiness, with a twist of marmalade to it, bound up in a cage of slightly pine-fragranced hoppiness. Slightly silky and a little too sweet on the back, which lends a character like vanilla which is a little unexpected. Finish lingers a little, more with the silvery slick of sweet malt than a true hop bitterness, but it does extend the palate, which is a plus.

Feel is smooth and thick—it's perhaps this more than anything that suggests that the hops should be more prominent to balance the sweetness.

Overall, this is a very solid brew, and one that's held up well for whatever traumas it's been through on its way to our shores. Obviously, this would be better suckled from the teat of the secondary fermenter lying prostrate on the floor of the brewery—but as it is, it's still a good drop.
appearance: 4.0 | aroma: 3.5 | taste: 3.75 | feel: 3.5 | drinkability: 3.5
Steelhead Extra Stout
6.6% American Stout from Mad River Brewing Company
Overall:
74 / 100
(Very Good)

Pours a dark and rather opaque black-brown. Head is foamy and large-bubbled, and dissipates rather quickly, but is a very pleasant shade of chocolate brown. Sustains a ring of froth around the edge of the glass, with some decent heaviness to the body, although there's no lace to speak of. Looks very heavy and dark - extremely suitable for the style at least.

Taste is also good, even though it doesn't extend the wonderful characters on the nose into something blissful. Roasted malt throughout, with a bittersweet chocolate note and a rather light finish. Quite a light ending, to be fair. It aids the drinkability, but reminds me of what the truly phenomenal and truly heavy American Impy Stouts really give you that this is missing.

Feel is light, really lighter than it should be, even for a 6.6% non-Imperial stout.

A very nice stout nonetheless. I'm not sure I've had a better non-Imperial American Stout. This is very tasty, with some genuinely pleasant and genuinely robust characters, and the lightness means it goes down very easily. Good drop of beer.