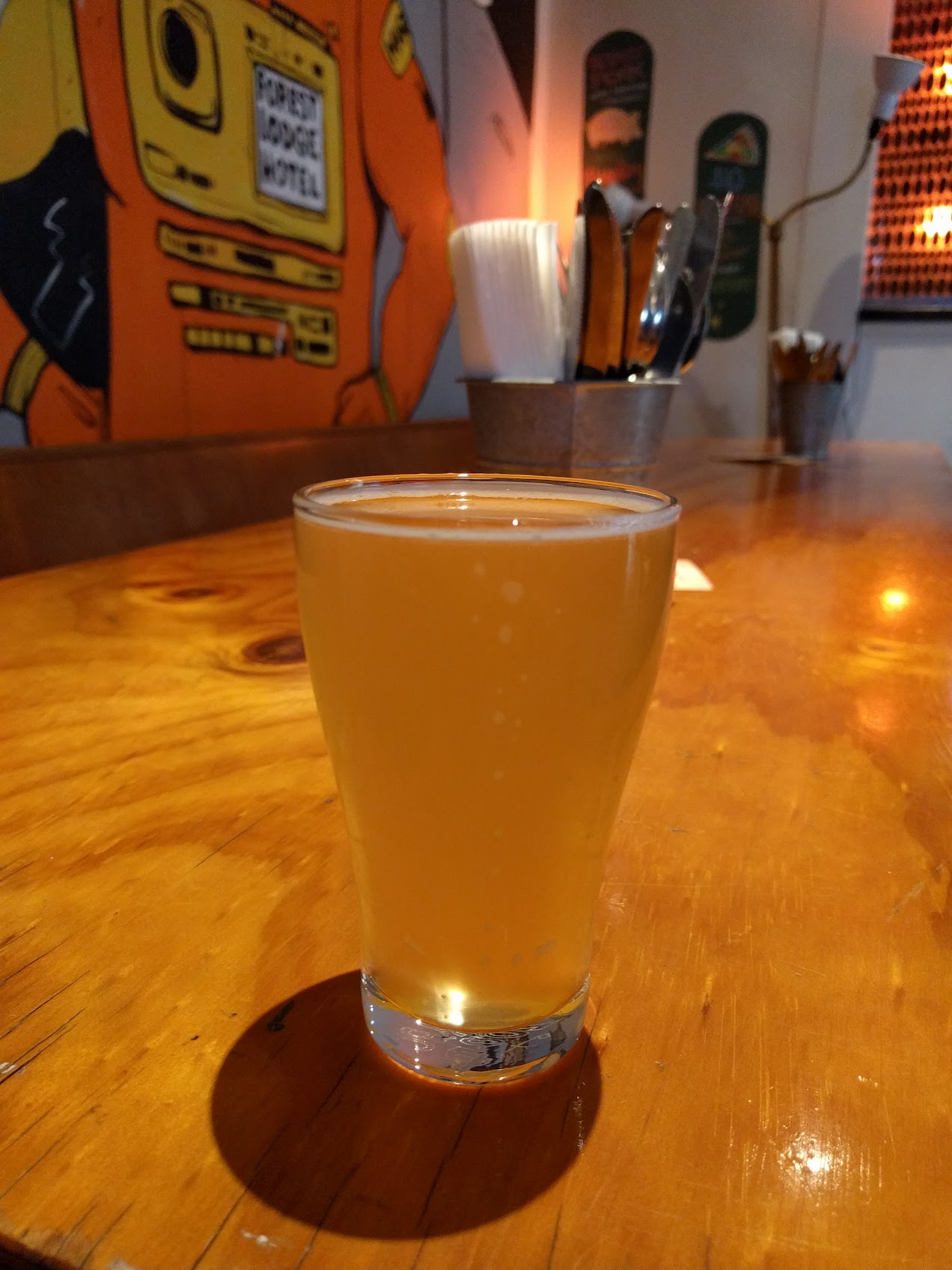 Pours a very pale yellow-straw colour, very solid with haze without being opaque. Head is very thin, only forming a very fine ring of white around the edge of the glass. Body is very light and the carbonation is almost non-existent. So it's not that appealing a look.

Nose is indeed lactic-sour. There's a slight dried apricot nose giving some fruit, with a hint of biotic yoghurt. This doesn't become overy or cheesy like in some lacto beers at least, and it's lifted by some cleaner grain notes, that trend the tartness towards mint and eucalyptus. It's not bad.

Taste is also pretty clean. There's a sharpness on the front, like unripe pineapple. But this dries out quickly, leaving the back flat and a little thin. Despite the emptiness towards the end, there's a peppery finished matched with a lingering tartness in the aftertaste, which reminds you where you came from at the start.

Feel is very light, with a slight, sharp sparkle.

Overall, it's okay. It manages to do what it's intending to do without skewing wildly off the tracks, which isn't actually that easy to do, given the number of kettle soured beers that end up almost being undrinkable.
appearance: 3.0 | aroma: 3.5 | taste: 3.5 | feel: 3.25 | drinkability: 3.5
Rauch Alici
5.5% American Porter from Wheaty Brewing Corps
Overall:
65 / 100
(Solid)
On tap at the Nomad Brewing open day.

Taste is more palatable than my imagination had credited. Smokey mostly, with some meat character coming through, notes of anchovy with savoury umami character. Slight bacon too, then finish is nicely roasty; well balanced with mild dark bitterness just settling out the weirdness. Still, weird mostly.

Feels ok, bitty and quite dry at the back.