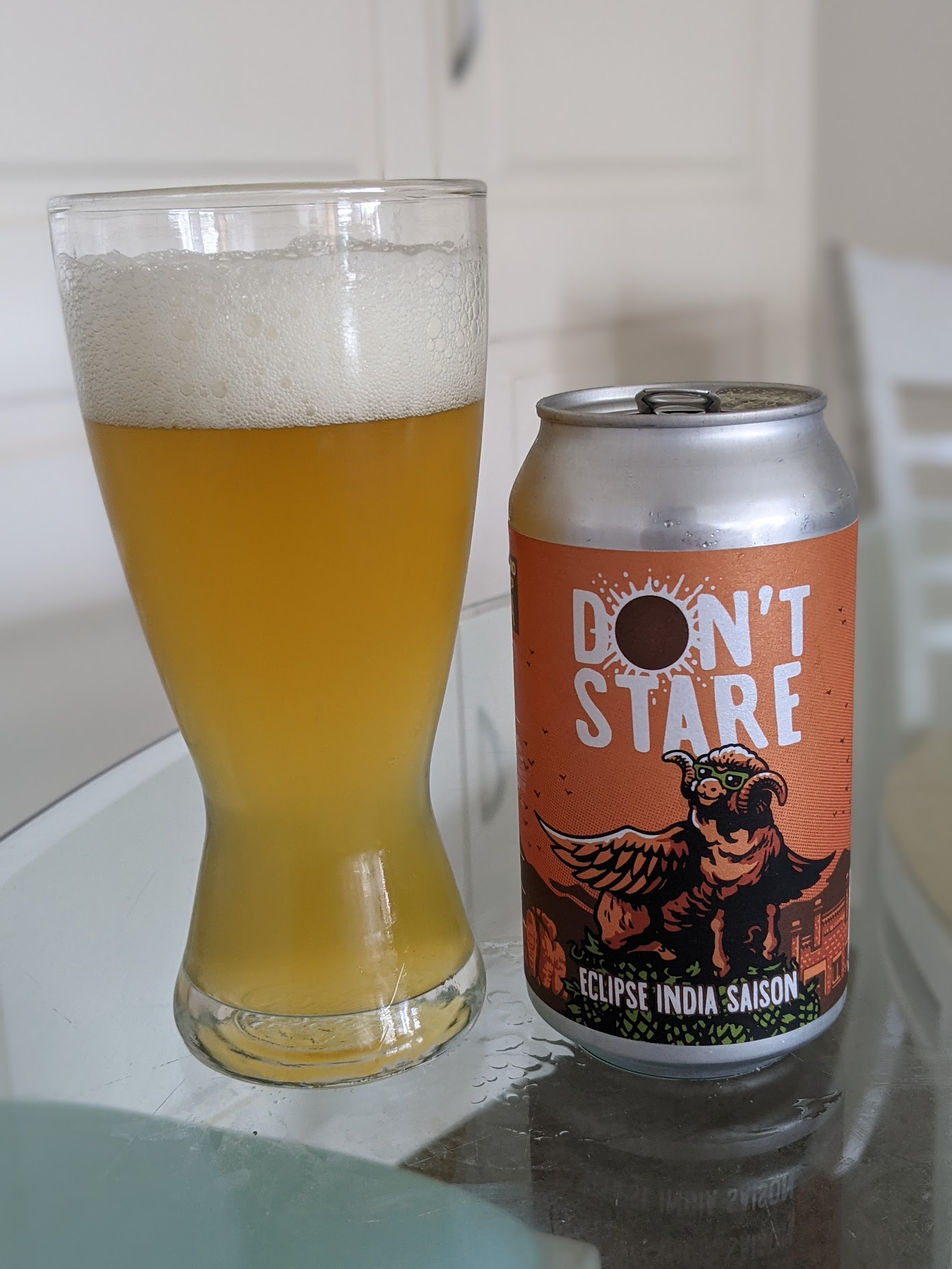 Pours a mildly hazed, vibrant golden colour, with a frothy head of white that fizzles out but leaves streaks of lace. Carbonation is languid and fine, belying the alcohol volume, and making you realise it does have some heft behind it.

Nose is quite interesting. This is my first Eclipse beer, so I don't know quite what to attribute to the hops, and what to the saison yeast. But there's a bright, slightly citric aroma, melded with a pronounced savoury quality. There's certainly some phenolic notes from the yeast—a little clove, a little pepper, a little straw, but there's characters of pretzels, edamame, crushed grass, stewed orange and hot copper. It's an interesting mix—and mostly, these characters work together.

Taste is less coherent in some ways, and the saison takes over in an unfortunate turn, unbalancing the beer somewhat. It's earthy, slightly organic and sweeter than expected, especially with the added yeast sediment at the end. The hops are largely gone, as far as I can tell, unless Eclipse seamlessly meshes with a saison flavour profile. It could really use a light bitterness in the finish or something to turn it around. As it is it feels flat and a little flabby by the end of a sip.

I don't love it, but I don't hate it. It's perfectly drinkable, and probably a more adventurous thing to try with a new hop variety. I don't feel like I particularly got a handle on the hop, and it doesn't immediately feel like the hop is a natural match for this style of beer. But it's smooth, certainly aromatic, and goes down easily for its size.
appearance: 3.75 | aroma: 3.75 | taste: 3.5 | feel: 3.75 | drinkability: 3.5
The Prince
6.8% Saison from New England Brewing Company
Overall:
81 / 100
(Exceptional) 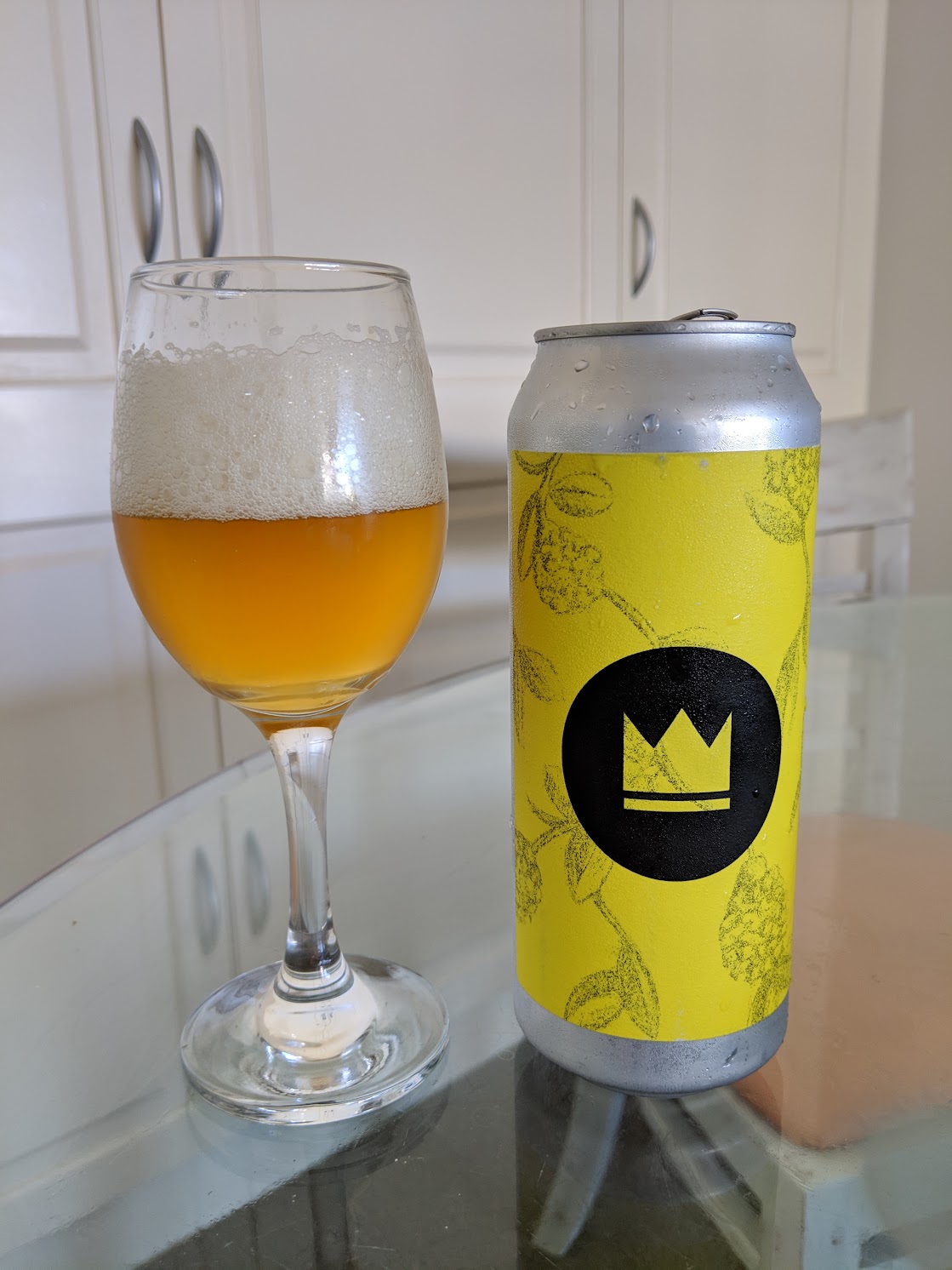 500ml can purchased for me by Sam, from somewhere, possibly Bucket Boys. This is an "India Saison w/ Bergamot", which sounds good to me.

Pours a pleasantly bright yellow colour, with good clarity. Head is loose-bubbled, but solid and persistent, forming a foamy crest that leaves swathes of lace. Carbonation is fine, through a slick but fluid body. It looks good, and it suits the style well.

Nose is very pleasant. It has a bright, aromatic, slightly herbal saison quality to it, but it's further accentuated by the bergamot and the hops. Both of these give citric tones, but the bergamot in particular has a smooth, comforting and semi-sweet quality like the Earl Grey tea which incorporates it. It really lifts the aroma of the beer, while not hiding any of the other intricacies.

Taste is very nice as well. It has a rounded Belgian yeast undertone to it, which gives it a hint more body and more sweetness than you might expect, while maintaining the lightness in the palate. The bergamot really sings over the top, and it has a wonderful way of connecting nicely to the saison character. Minimal bitterness on the back, which helps let the spicy, slightly grassy saison notes take over. Finish is smooth and aromatic.

The feel is lovely. Soft and smooth, but with a bit more heft to allow the flavours to do their thing.

Honestly, I'm really impressed with this. The bergamot is a lovely addition in any case, but I'm super happy with how well these guys have managed to integrate it with the base beer. New England have really shown themselves to be the renaissance brewery of the moment, and beers like this show why they're really stepping it up a notch.
appearance: 4.25 | aroma: 4.25 | taste: 4.25 | feel: 4.25 | drinkability: 4.25
Puska
6.0% Sahti from New England Brewing Company
Overall:
73 / 100
(Very Good) 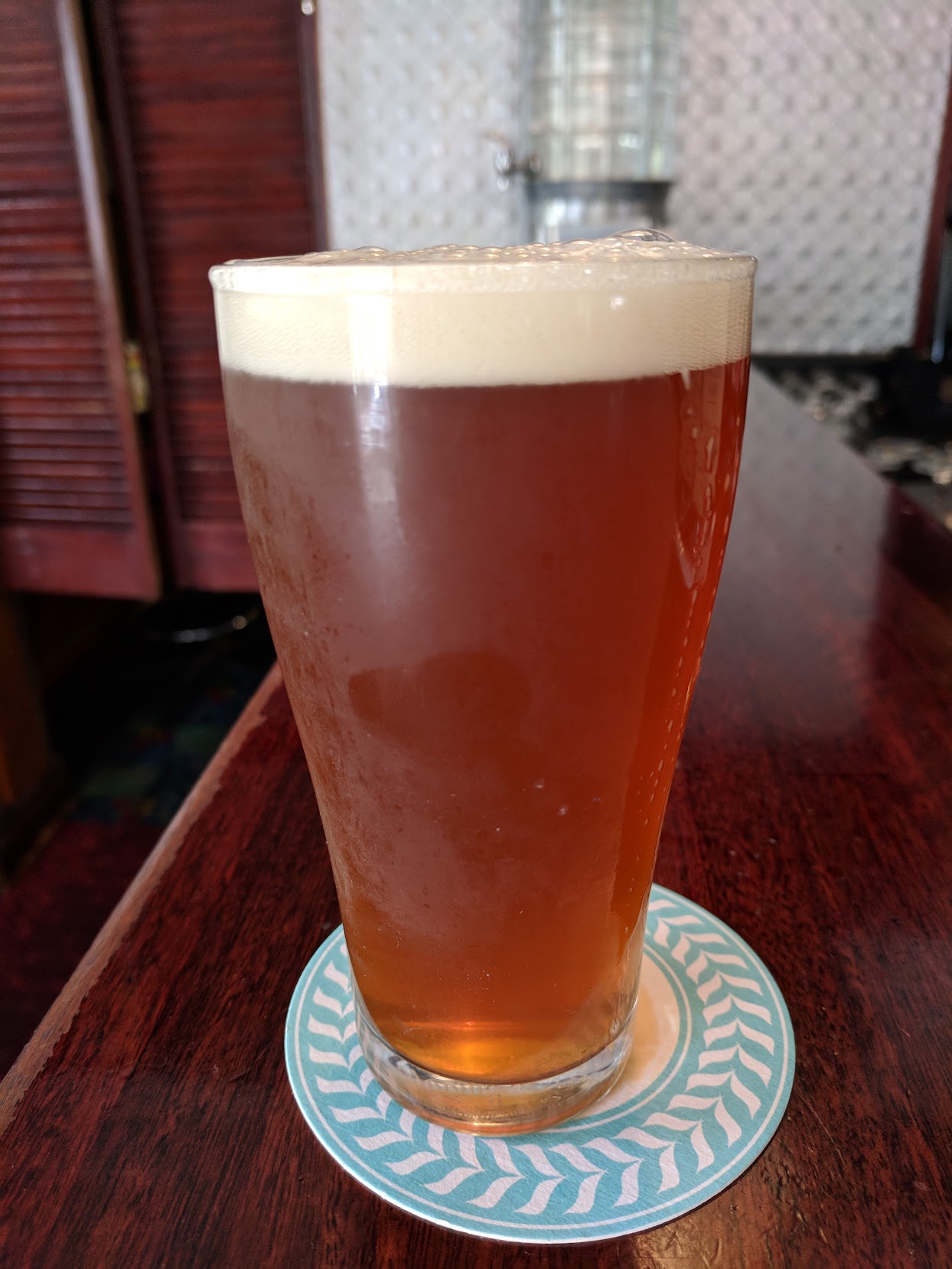 Tried on-tap at the Royal Albert Hotel. This is an "Australian Sahti", brewed with Australian native spices.

Pours a pale amber hue, with a frothy small head of off-whbite, that leaves sheeting lace. Carbonation is very fine, through a body which has a little weight to it. Looks good.

Nose is great. There's some classic hef-like Sahti yeast notes of banana and bubblegum, but cleaner and sharper. It's then stabbed with herbal notes: wattleseed, coffee, crushed thyme and caraway bread. Very interesting.

Taste is similar. There's more aniseed this time, with some tarragon and pepper. There's a long palate, with some of the clovey bite of the yeast. Finish is short; punctuated and cut by the spices. The feel is actually slightly too smooth—it's almost flat. With the spice, and bit of pep and effervescence would help it.

Pours an amber colour with a bit of haze. Cream-coloured foam on top, retaining a good crown. Looks good.

Smells big and smoky. Meaty, but woody with a slightly smouldering peaty note to it. Touch of herbal aroma and some light citric tones as well. It's basically just a huge smoke bomb but it's complex and interesting too.

Tastes huge on the smoke as well. Peaty with a really nice wood smoke character to it. Maybe a bit one-note but it's really nicely built on a nice malty foundation with a touch of fruitiness over the top to lighten it up. Almost a berry character, really. Good smoked beer, really tasty.

Slight alcohol warmth or maybe just a pull from carbonation. Just feels like the malt base is a little thin towards the back.

Tried in a taster at GABS 2017 in Melbourne. Brewed with hand-smoked malt that used iron-bark, stringy-bark and red gum in an offset smoker.

Nose is great. Toasty first up, before it just gets laced with smoky, fragrant characters of native wood. I get sweet Manuka wood and fragrant eucalyptus notes that mingle beautifully with the smoke to provide something truly evocative.

Taste is light on the entry, turning sharp and fragrant with smoke and wood sap in the centre. This is a little medicinal, but it's cleaned up by a lovely savoury, smoky and meaty character towards the back. Finish is long, with a tannic, woody note that gives a sharp punctuation point to the end.

Feel is smooth, but sharpened with summer smoke and wood.

Pours a dirty red, quite cloudy. Slow trail of bead. Head is beige, beautifully fluffy and retaining well. Could be a lot more vibrant colour-wise, looks murky. Otherwise quite good.

Taste is very resinous. Nice toffee malt notes with a rich sweetness bordering on chocolatey, and developing roastiness late-mid which goes well with the hops. Hops are very dank and bitter, notes of pine bark and grapefruit pith, but a nice cleanliness to the finish, doesn't get bogged down, just sits nicely dipping its toes in the dank bitter mire. Maybe not quite in the India spectrum as a result but there are certainly some decent bitter notes.

Mouthfeel is a bit raw; has a big pull from those alpha acids. Body is a bit thin.