Mismatch Brewing
from Australia (SA)
Hazed and Confused
9.0% Double IPA from Mismatch Brewing
Overall:
67 / 100
(Solid)
Double New England IPA (because yes, there weren't enough NEIPAs) brewed for GABS 2017. Tried at the festival in May 2017 on tap.

Pours a gold colour, slightly cloudy but quite clear for the style, and for the name. Creamy-coloured foamy head, retaining decently. Looks alright.

Taste is a slight letdown. Big passionfruit and mango character upfront that's quite tangy but devolves late-mid into quite a dry, dusty bitterness. It's quite bright and colourful upfront but flattens out quite a bit and doesn't offer a whole lot in terms of finish. 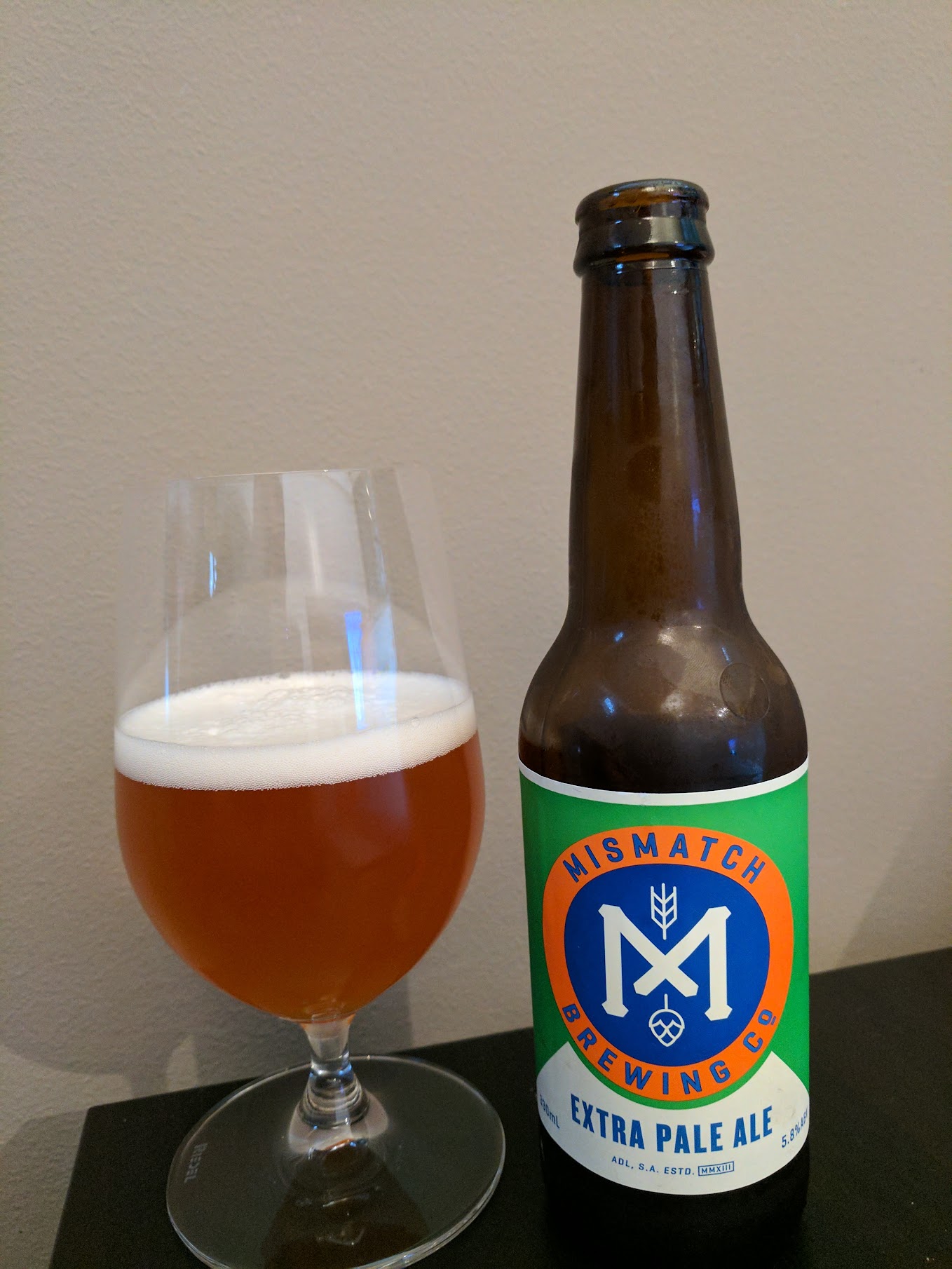 330ml brown bottle purchased from Camperdown Cellars in Leichhardt. Best before date is hard to read, but it looks like it's May sometime—either 2017 (in which case it's slightly out of date) or 2018 (in which it has a very, very long BB date). I suspect the former.

Pours a solid golden colour, very faintly hazed, with some good weight behind it. Head is fine, but a little flat, only forming as a ring. Despite this, it leaves good English-style lacing. Carbonation is also fine. Looks pretty decent all up.

Nose is really quite malty—it has a slight oxidised character to it, but it's more the malt mingling with a slight metallic hop character. It's a little bit chemical, which is a bit of a shame, because the malt characters in the basis have a nice structure to them.

Taste is better. This is mostly because the malt is more prominent. There's a nice structure to it, with a hint of grassiness which gives it a touch of the savoury. Hops are again slightly metallic—this again suggests oxidation, and provides further evidence that this might actually be out of date.

Pours an amber colour, really very cloudy. Head is white, made up of large bubbles and retaining alright. Could use more head, but fine.

Taste is quite similar. Subtle grainy malt upfront that doesn't really get a chance to develop before hops take over with sharpish grapefruit and lemon pith character. Negroni notes take over on the back, woody and spicy with juniper character, and a fair whack of cedar wood and pine as well. Really decent construction.

Pours a deep garnet red that seems to have reasonable clarity to it. Body is quite light, holding some faint carbonation. Head is beige, forming into a solid ring that leaves concentric circles of lace. Looks good.

Nose is good. Big banana sweetness with some fragrant marshmallow notes and a crushed vanilla cookie base. Yep, they've got the flavours you want if you're mimicking the dessert. It's quite nice.

Smooth entry on the palate, a little bit dark and dull, before the lift of meringue and marshmallow in the mid palate. There's some banana and chocolate later that falls slightly, leaving the back a little bit dry, but not unpleasant.

Feel is very smooth, and it works well with the flavours.

Overall, this was indeed a good beer that lived up to its concept. I thought this might have been making a play for the People's Choice winner at GABS, but it only finished in 7th place.
appearance: 4.0 | aroma: 4.25 | taste: 4.0 | feel: 4.0 | drinkability: 4.25
Banoffee Pie
7.0% American Brown Ale from Mismatch Brewing
Overall:
68 / 100
(Solid)
Pours a brown colour with a red tinge. Clear with dense beige head, sticks around nicely. Looks nice.

Smells sweet, with massive banana character. Chocolate on there as well and maybe just a slightly medicinal edge. Huge toffee character on the malt. It delivers what it promises; I don't much like banana, but wow.

Taste is similar. Caramel toffee malt upfront that gets darker and chocolatey on the mid-palate, then gets another big sweet, banana ester on the mid-to-late with a touch of sweet spice to it as well. Quite pleasant, just not really my thing.

Decent body, slight alcohol warmth as it goes down, not sure it really suits. Could have been smaller and retained the flavour punch from the adjuncts.