Pours an amber colour, slightly cloudy with nice beige head, webbed a bit more than I like, but not bad. Looks heavy but pretty good.

Smells very sweet. Butterscotchy, in a good way. Some nutty characters with peanut and chestnut, vanilla, caramel and a touch of oak side-effects. Pretty appealing.

Taste doesn't quite retain that sweetness although it's a driving force. Vanilla/caramel upfront but it dissipates midway into a boozey heaviness that gets quite bitter towards the back and slightly phenolic. Would have liked that sweetness to linger a bit more as it's well forgotten by the end, sadly.

Body is thick, and the alcohol noticeable but not sharp - just warming. Not bad. 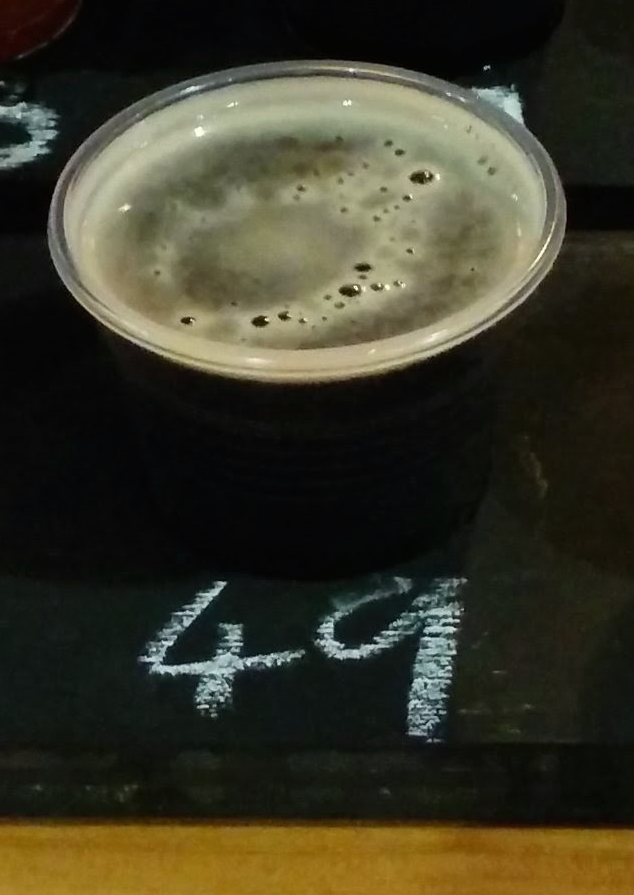 Pours a very hazy brown colour, with solid weight to it and fine carbonation. Head is beige, forming a firm solid film and ring. Lacing is sheeting and very good. Looks solid all up.

Nose is slightly rubbery and spicy. Slight touch of anise give it a different tone, but the plastic and rubber note really just makes it smell like the inside of a packet of balloons.

The rubbery theme continues on the palate, while the mid palate throws some raw beef into the mix as well. Slightly flabby with a touch of spice. Long finish with some wet grain to it, but it's still quite thin.

Overall, it's not actually awful, but there's enough here that's slightly unpleasant, including a touch too much spice that doesn't work. It ends up being slightly dull as well, even though it's not undrinkable.
appearance: 4.0 | aroma: 3.25 | taste: 3.25 | feel: 3.0 | drinkability: 3.5
Four Saisons Marilyn
8.5% Saison from Golden Eagle Brewery
Overall:
49 / 100
(Not Great)
Pours a dark brown colour, clear with dense beige head. Bit retaining on the top. Looks pretty nice. I don't know what a dark saison is meant to look like, but here it is.

Smells sweet and slightly roasty with a bit of funk. Caramel/vanilla sweetness and a slight barnyard/phenolic character. Not bad.

Taste is...off. Lots of funk but not a palatable, natural or organic kind of funk, tastes kind of chemically and unpleasant. Quite sweet on the front and that retains to the end. Don't know if that unbalance is what's causing the weirdness or if there's a fault here. Either way it's not very nice.

Texture is OK, goes down quite nicely for the size.