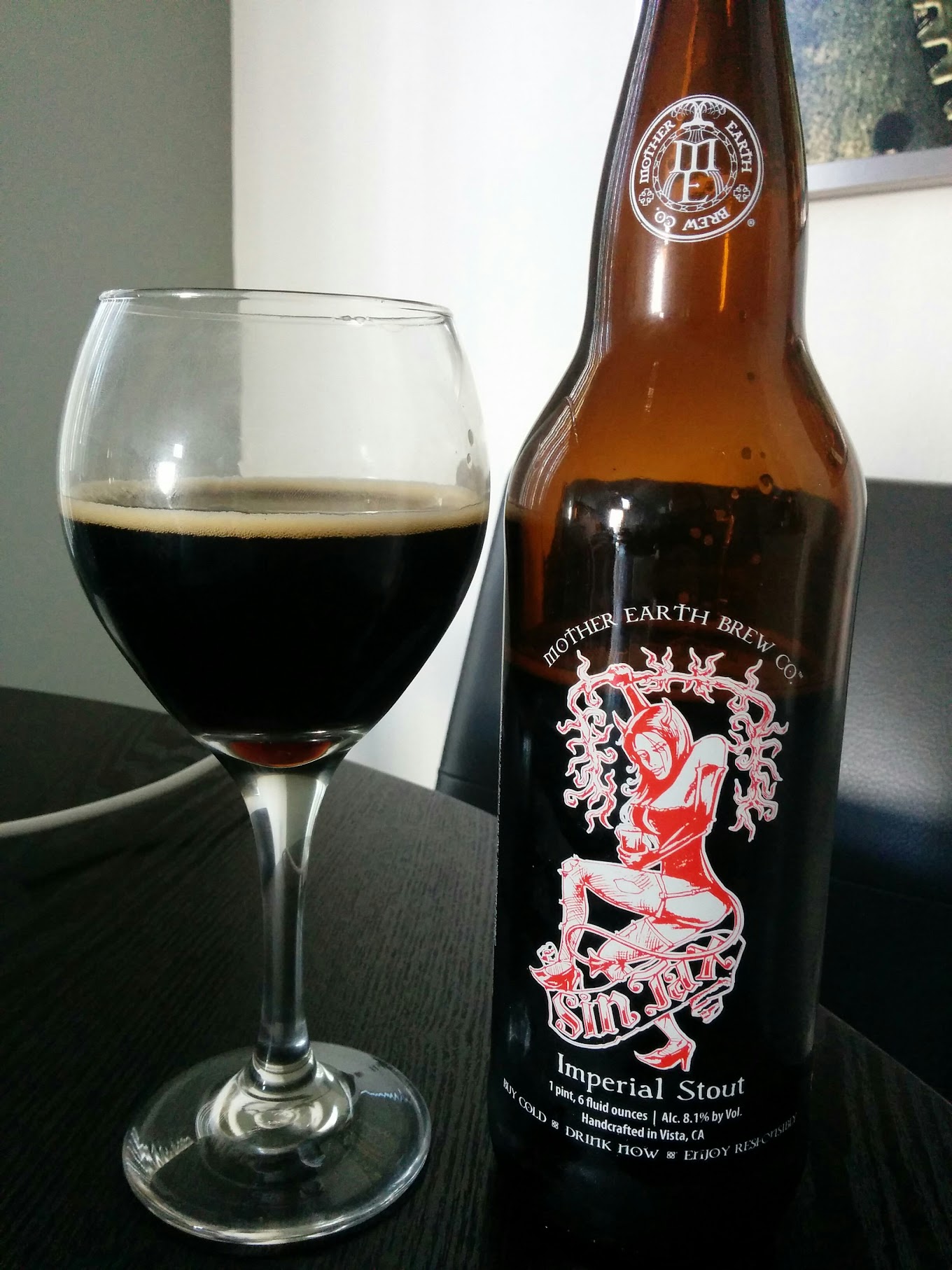 Pours a deep brown colour, certainly not black, and certainly not dark enough to be considered a truly intense imperial stout. Head is a minimal ring of pale brown that leaves a few specks of weak lace. Body is also a little bit too light and fluid. I'm a tad unimpressed, to be honest.

But wait, it gets better. Nose is really very good, with a pronounced vanilla sweetness, mingled with a strong nutty base giving an aroma not unlike a fluffernutter. With a bit of the darker malt too, we get an aroma of s'mores, maybe without the faint tinge of fire smoke. It's really very interesting.

Taste follows the same broad strokes, especially in terms of its very pronounced nut character that works through from front to back. But there's also a really quite intense bitterness on the back, which turns slightly ashy and almost a little metallic. In some senses, it's a good element—it makes the beer more robust and more Imperial. And there's still plenty of smoothness and sweetness to couch everything. I like it.

Feel is indeed a little bit light. At only 8%, it's a fairly lightweight Impy stout, and I think it shows in the body most of all.

Overall, though, this is pretty tasty stuff. I do really like the smoothness and sweetness they've extracted from it, and the nuttiness is an interesting twist that is often not what you get with this style of beer. There's a good deal to enjoy here.
appearance: 3.0 | aroma: 4.25 | taste: 4.0 | feel: 3.5 | drinkability: 4.0