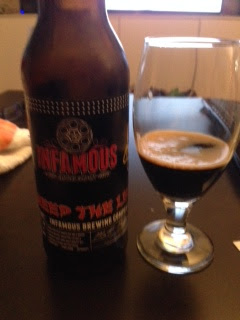 Poured for me by Jez, served blind.

Pours a dark chocolatey brown, colour at the edge. Head is a rim of beige bubbles, quite small. Decent rim retaining round the edge. Lace is alright; looks OK.

Taste is a little spicier, especially on the front to mid, then finish mellows out but actually a little bland and neutral. Bit of roast late-mid, fairly sweet chocolate but not a lot. Caramel notes and yeah some boozey sharpness with a touch of pepper midway. Slightly keroseney maybe? Yeah not bad but I feel the strong flavours could be better spread out, they're quite front-loaded and the finish a bit meek by comparison. 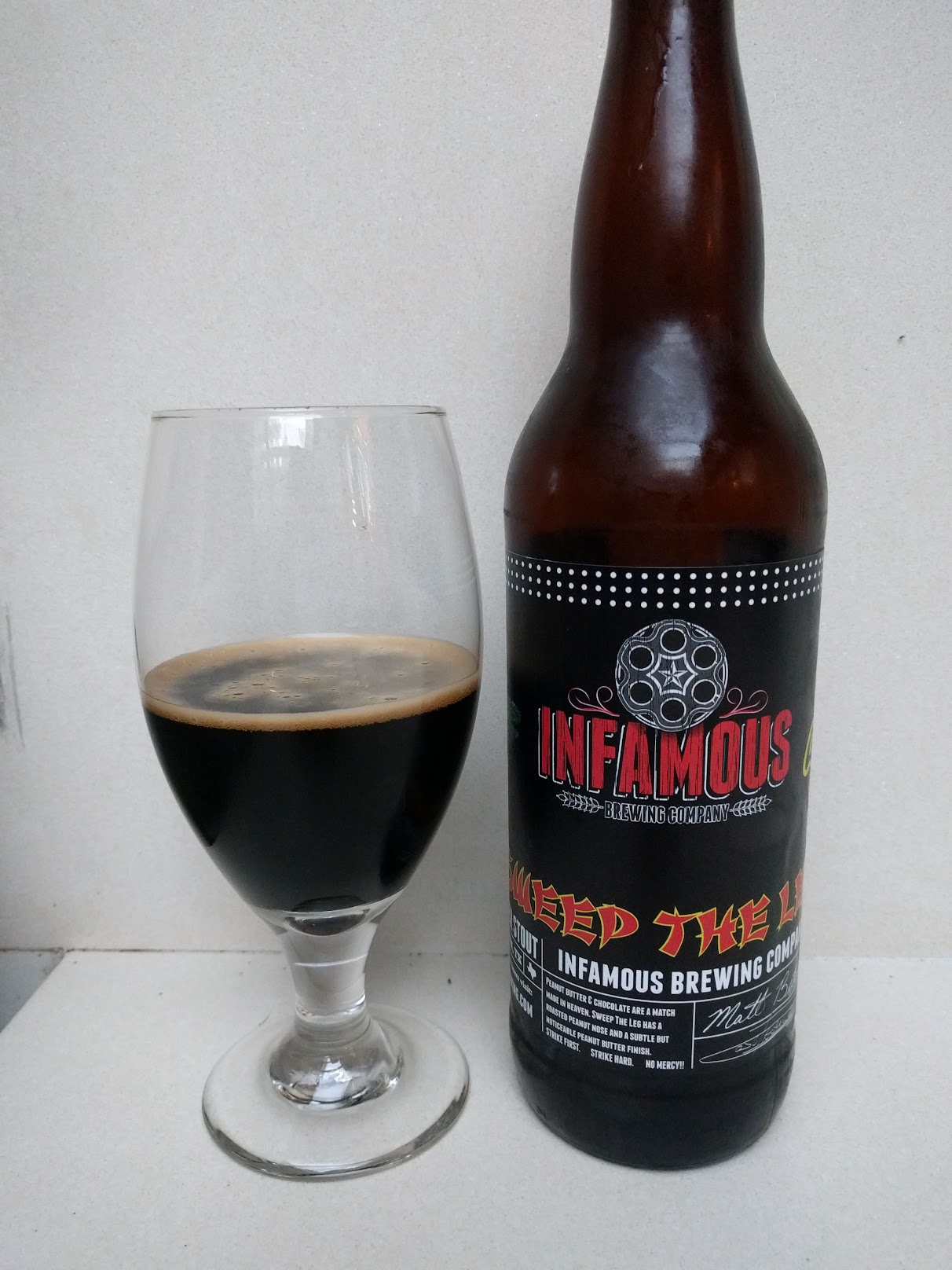 Pours a pretty deep oily brown, with a mocha head that leaves fine streaks of lace. Carbonation is fine, but the body is surprisingly light, meaning it rushes through to the top. Looks decent.

Nose is pleasant. Big nuttiness with a pleasant slight bite of darkness and liquorice. It's quite sweet though as well, with a biscuity character coming through. It also has a slight note of sesame, which is an unusual and welcome addition. I like it.

Taste is very good. It's drier than expected, which leaves it very clean despite the ballsy flavours it brings to the table. More peanut butter, toasted sesame seeds, even a slight aromatic rose character. The back, though, has a slight hint of ash to bring it back and clean everything up, like a charcoal cleanse. Feel is very smooth, but very light—it feeds into the concept that it's actually pretty drinkable.

Overall, very pleasant. It's a genuine twist on a seemingly decent base beer. The lightness on the back and the slight upkick in roast towards the end ensures that it doesn't get overwhelmed. I enjoyed it a lot.
appearance: 3.75 | aroma: 4.25 | taste: 4.0 | feel: 4.0 | drinkability: 4.25
Infamous IPA
7.0% American IPA from Infamous Brewing Company
Overall:
68 / 100
(Solid) 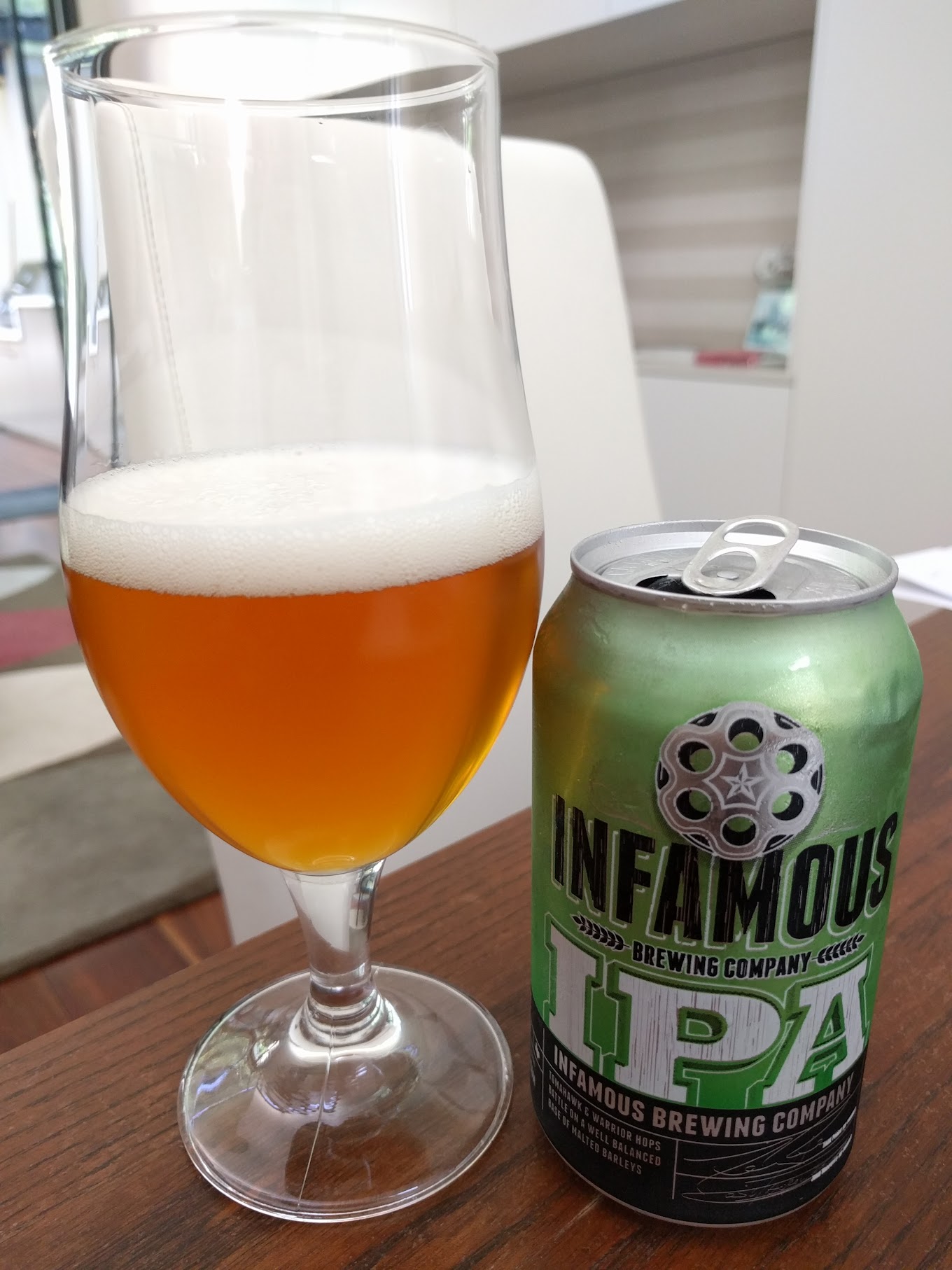 12oz can purchased from Spec's in Houston, TX.

Pours a very clear deep golden, with a fine and pleasantly persistent head of white that leaves solid streaks of lace. Carbonation is low but present, and a little languid in the body. Looks pretty good.

Nose is a touch generic, and rather subdued. There's some faint leafy or resiny notes to the hops, but certainly not much to get you really excited. Underneath though, the grain structure seems quite pleasant, with a hint of sweetness and savoury nuttiness. It's nice once that gets going.

Taste is pretty smooth. Clean malt basis with enough hops to lift it and provide a bitter balance. Lilting, slightly herbal notes towards the back that splash into a light nutty finish with a hint of peanut butter. Aftertaste is quite dry and clean.

Feel is light, but with a slickness that gives it a bit more gravity.

It's very drinkable, and clean, and well-structured. It's also just a bit uninspired. It tastes like a million other IPAs out there—good IPAs, sure, but nothing you probably haven't seen a hundred times before.
appearance: 4.0 | aroma: 3.25 | taste: 3.75 | feel: 3.75 | drinkability: 4.0