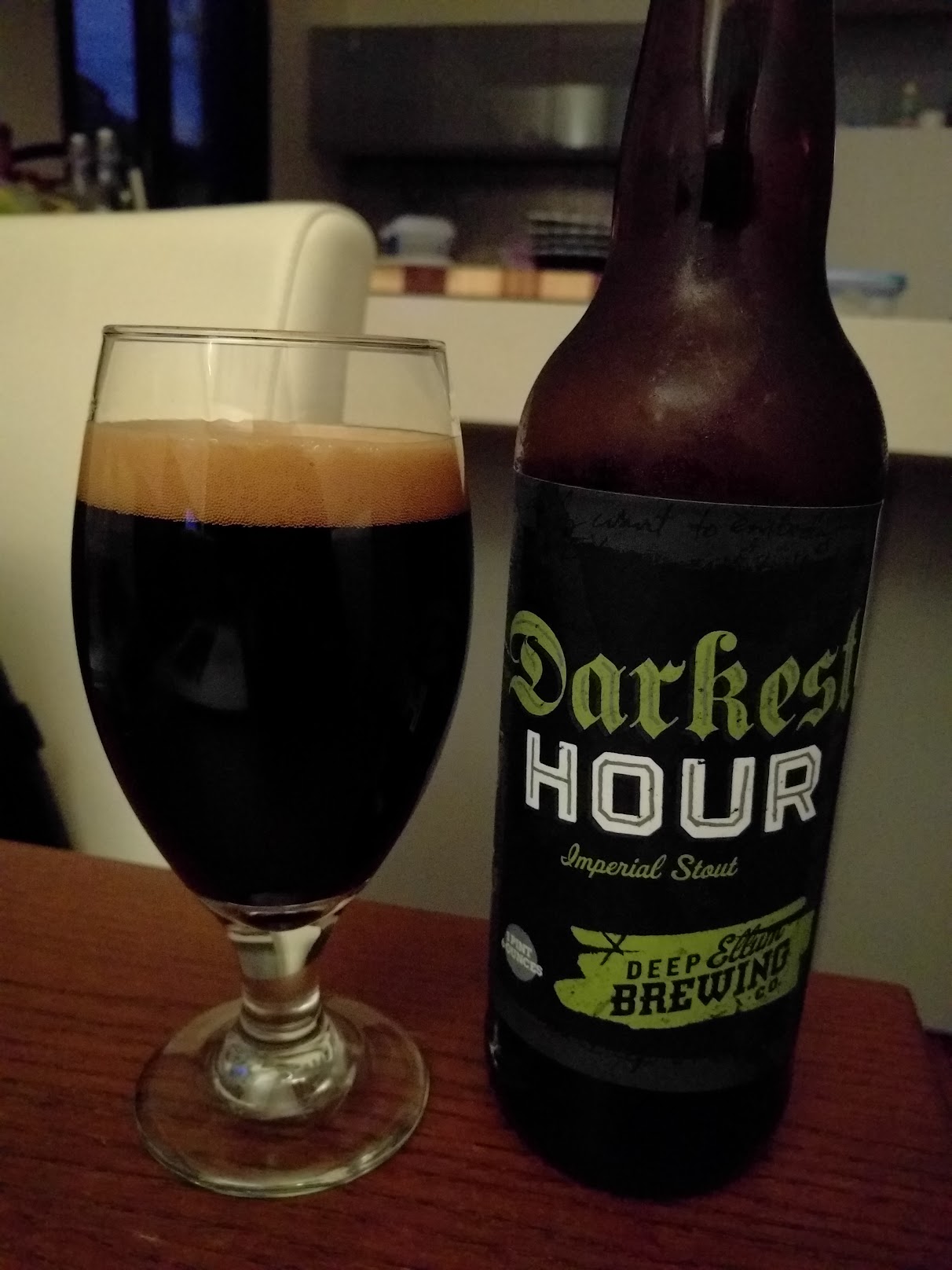 Pours a deep, oily brown-black, with surprising lightness and suppleness in the body. Edge is a lighter brown, and when tilted shows fine, rather coarse carbonation. Head forms a rather bubbly crest of wood brown that settles out to a crema film. It certainly looks dark, but the thinness in the body is surprising.

Nose is very pleasant. Lovely rounded dark chocolatey malt, with a crispness from a touch of extra roast. The booze it present, but that's not surprising at 11% ABV. It gives it a rich underpinning of port or muscat, and the suggestion of vanilla oak, even though I don't believe it is oak-aged. There's even a slight dark currant or stewed fruit character to it (looking at the bottle, they say there's candi sugar in the fermentables, which may well explain it).

Taste is actually a slight let-down. There is definitely a thinness to the palate here which both lessens the complexity of the flavours, and makes the booze seem more prominent. It adds a touch of sharpness towards the back, like drinking a fortified wine, along with sugar-fermentation characters of currants or macerated sultanas. Finish has a touch of roast to crisp and punctuate the booze—it does a reasonable job of cleaning up the heat.

Overall, it's decent, but it's far from a world-class imperial stout. It's got a lot of the right elements here, but I feel that they've boosted the booze to 11% with the sugar addition, and it definitely hurts the beer as a whole. I'm still very happy to drink it, but it perhaps feels like a little more of a slog than it might have otherwise.
appearance: 3.75 | aroma: 4.25 | taste: 3.75 | feel: 3.75 | drinkability: 3.75