Smells dark-malty upfront, with chocolate and dark fruit notes. Aniseed comes through distinctly yet strangely weak, with some clove notes as well. Liqueury-sweet as well, which is not great.

Taste is also weakly Sambuca-esque. Chocolate and a slight nutty edge upfront on the malt, develops some earthy coriander and star anise towards the mid and then finishes sweet and liqueury with a slightly watery edge as well. Not a whole lot of beer character, tastes like a watered-down anise spirit.

Decent texture; has a slight carbonation edge which helps lift it out of potential wateriness. 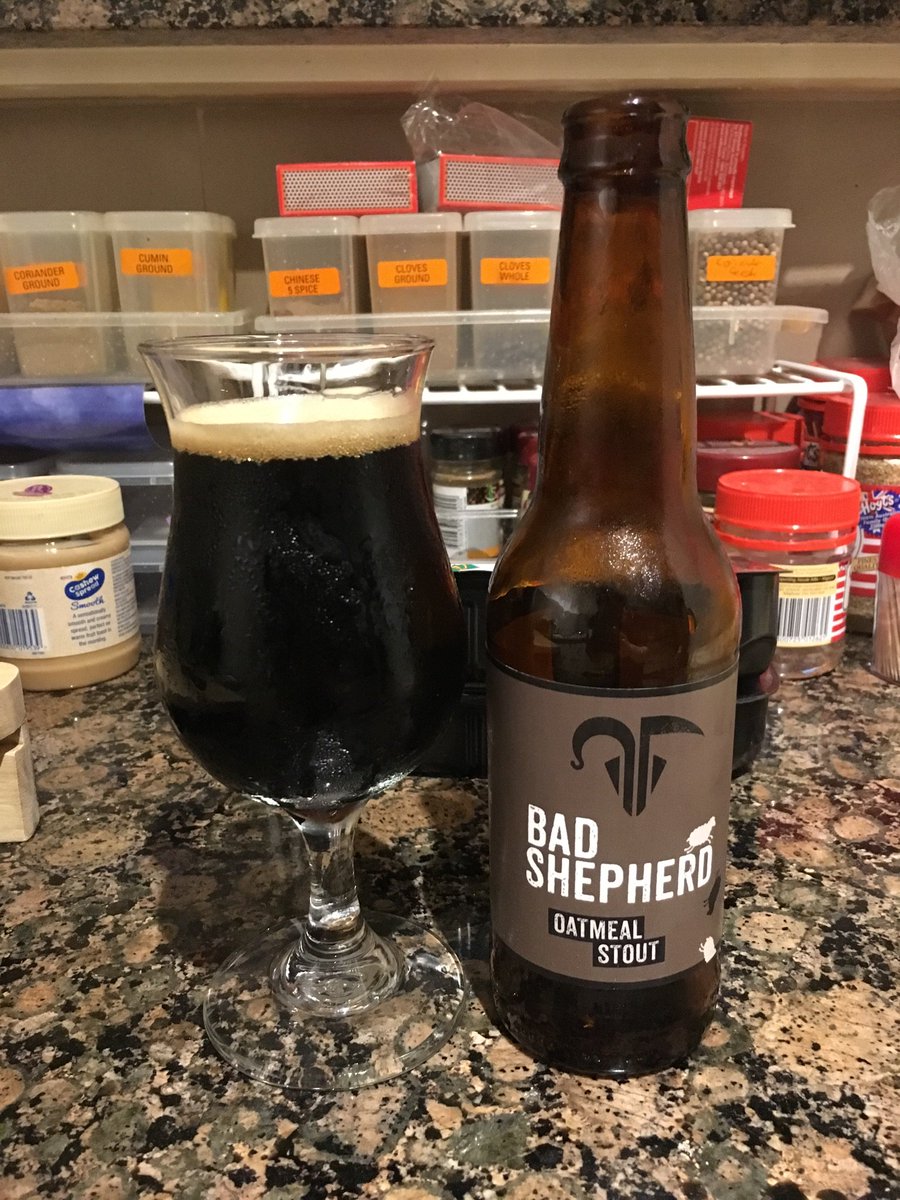 Pours a dark cola colour, with a nice tightly-packed head of light beige bubbles, thin but attractive. Retains a light film on the top, and some thin lacing trails. Looks pretty good.

Smells roasty, like a good espresso, but lightly sour/weak like a brown ale, like the malt base is a little lighter than it could be. Hint of some meaty smoke character as well, with a light cherry note as well. Nice, if a little timid in its milieu.

Taste is a little ballsier, in a good way. Roasty from the get-go, there's plenty of that deep espresso spice with a hint of burntness on the front. That smoke character comes through stronger on the mid, which makes me think it's actually part of the malt bill rather than just a by-product. I may be wrong though as the finish is mostly just dark malt; nice smooth chocolate character towards the finish and ends with a nice bite of roasty bitterness; yes, very pleasant palate all told.

Mouthfeel is a little fizzy; the carbonation sizzles through the malt base which belies a little thinness. Ultimately fluid but a little too busy in the mouth.

Taste is sweet upfront. Chocolate, caramel and a touch of vanillin oak towards the mid. Back palate is quite medicinal. There's banana on the front but it just declines and the sweetness doesn't retain so the back is quite phenolic and strong. Bit of a shame.

I'm not a big fan of banana, but the overall desserty sweetness had me intrigued until that bitter, medicinal finish. Just feels like the intentional adjuncts lost control to some by-products of fermentation, sadly.
appearance: 4.25 | aroma: 4.0 | taste: 3.25 | feel: 3.5 | drinkability: 3.25