Nose is interesting. I definitely get the passionfruit, and a slight lactic curd character. But there's also surprisingly savoury characters to it as well, including powdered white pepper, bread crust and lime leaf. It's very interesting, and I genuinely like it.

Taste is also pretty good. There's passionfruit all over this, and it lends a bunch of different flavours including hints of the crunchy seeds, and the pithy sharp bite of the pulp. There's definite intrinsic acidity though as well, with a biting vinous character like young riesling. It lends a sophistication to the beer.

Feel is sharp and biting—the acid here is almost a bit too much. It's very tart, and it almost starts to hurt after a while.

Smells a little rank to be honest. Has some light fruity aromas with some cake batter sweetness, mango and orange peel, but there's also a bitter coriander and galangal spice and some weird funk behind it as well. Leans on the wrong characters from that too, so it just smells off and a bit of a mess.

Tastes weird too, but maybe better. There's just a more pronounced and pleasant profile to it but it still has some weird characters in there. Tart upfront, some mild berry notes, underripe though, with some citrus, then develops some earthy spice midway with a slight soapy character. Clove, pepper and yeah, galangal, like a back of the throat dry heat to it. Finishes too earthy, spicy with only a mild fruity fresh note that's quite nice; banana mostly and could redeem it if it were more prominent. Just not very exciting in the profile.

Mouthfeel is pretty decent; smooth with some nice complex textures from some wild yeast throughout but goes down nicely. Definitely the best part of a lacklustre beer.

Pours a pale shiny gold colour. Slight cloud in the body. Head is small bubbles, white, leaves some nice trails but sinks to just a fluffy crown. Some bead. Looks alright but head could retain better.

Smells nice. Tart and slightly bretty, but handled well so it ends up just fruity and slightly sweet. Touch of brass and some sweet spice plus slight barnyard and dry grass funk. Melon. Tasty.

Taste is huge on the melon, big and fruity with a good earthy bitterness midway and a slight overripe fruit late-mid that's sweet but also a bit rindy-bitter. Finishes fruity-tangy, rich and ripe, but a little bit too sweet for the finish and ends up a little dirty. Could use something else to cut through more.

Foamy, bit bubbly at times. Decent body for a beer that doesn't feel too big. 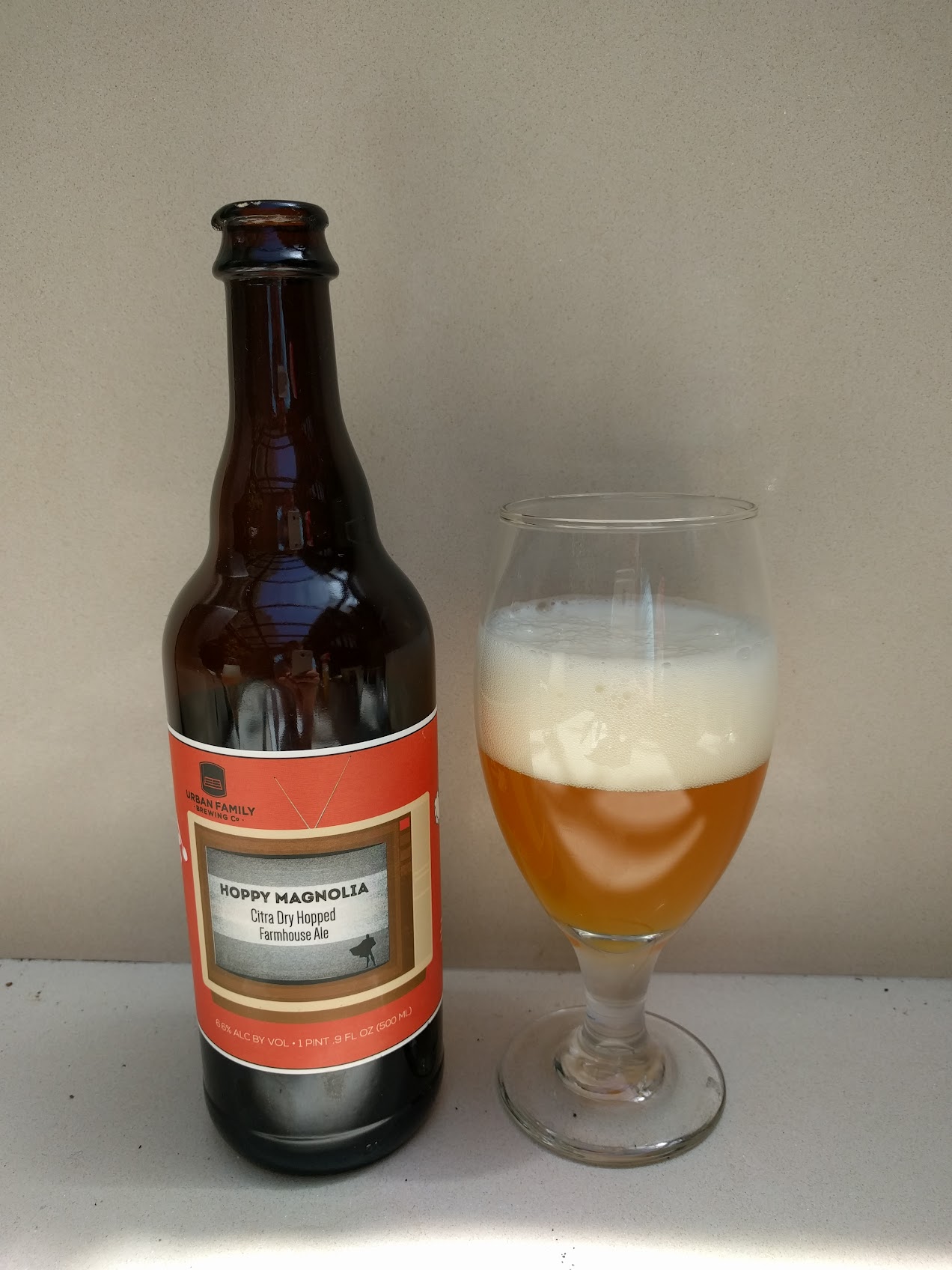 Taste is good, but there's a really briney character on the back. It's actually a really pleasant fit though—it matches nicely with some of the earthy tones in the base saison, giving a slight note of seaweed. Bitterness is soft, but pronounced towards the back of the palate. It's genuinely pretty nice.

Feel is soft, with a very fine, very light carbonation.