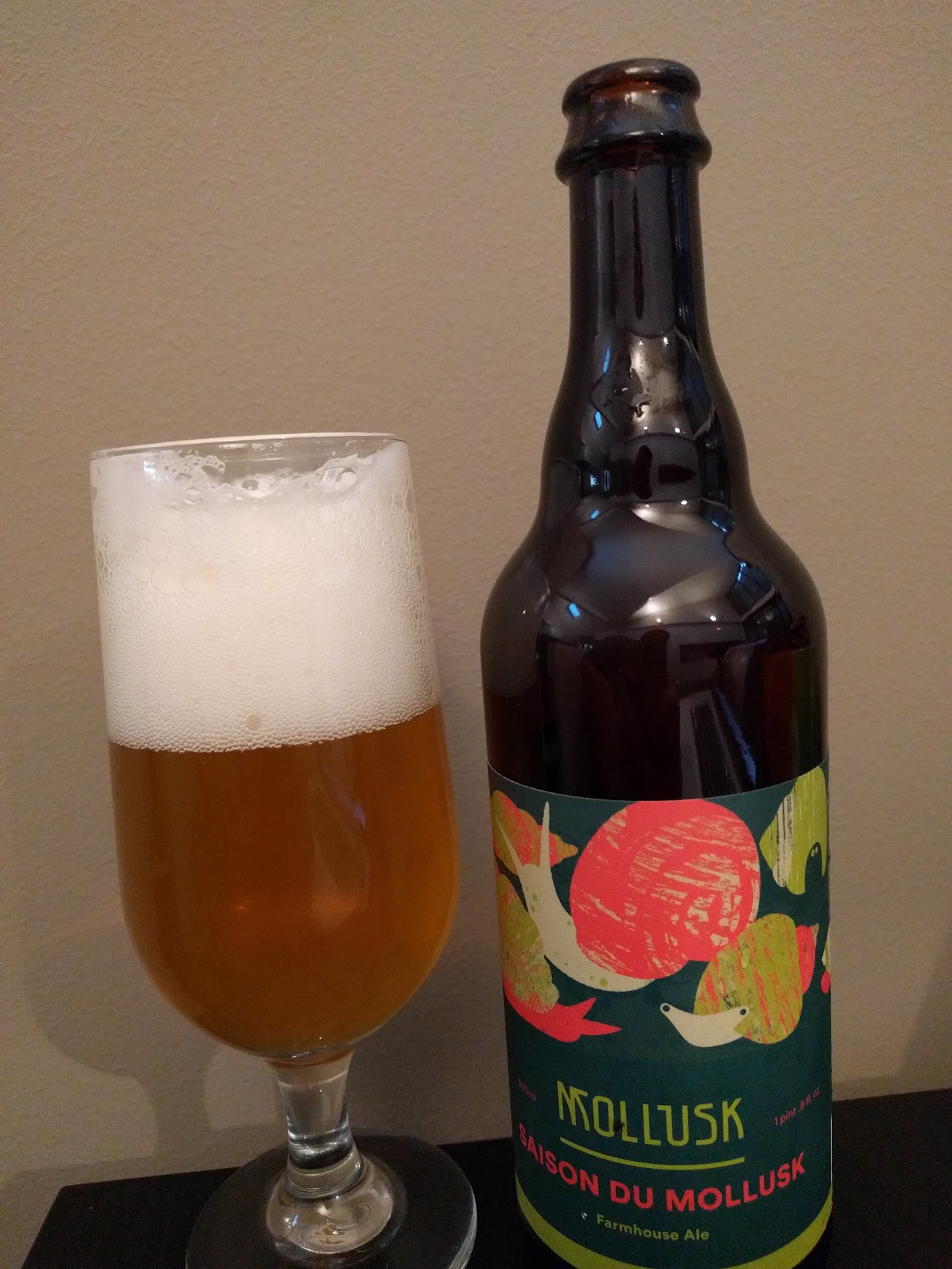 Nose is quite sharp, with a pronounced seltzer acidity (probably from the vibrant carbonation) and some spicy tones. As it warms, and some of the carbonation blows off, it gains some more earthy tones—no genuine funk, but some dusky spice notes and hints of roasted squash. It's not bad.

Taste is also pretty good. With the sharpness on the nose, there was the threat this would be biting and phenolic. But instead, there's a broad, fairly smooth neutral malt character that softens it, and allows some of the spicier notes to play around without getting too intense. It is a little flat, and lacks some complexity—the broad malt note creates a balance, but also mutes the other flavours—but I'm pleased at least that it didn't go too far in the other direction. 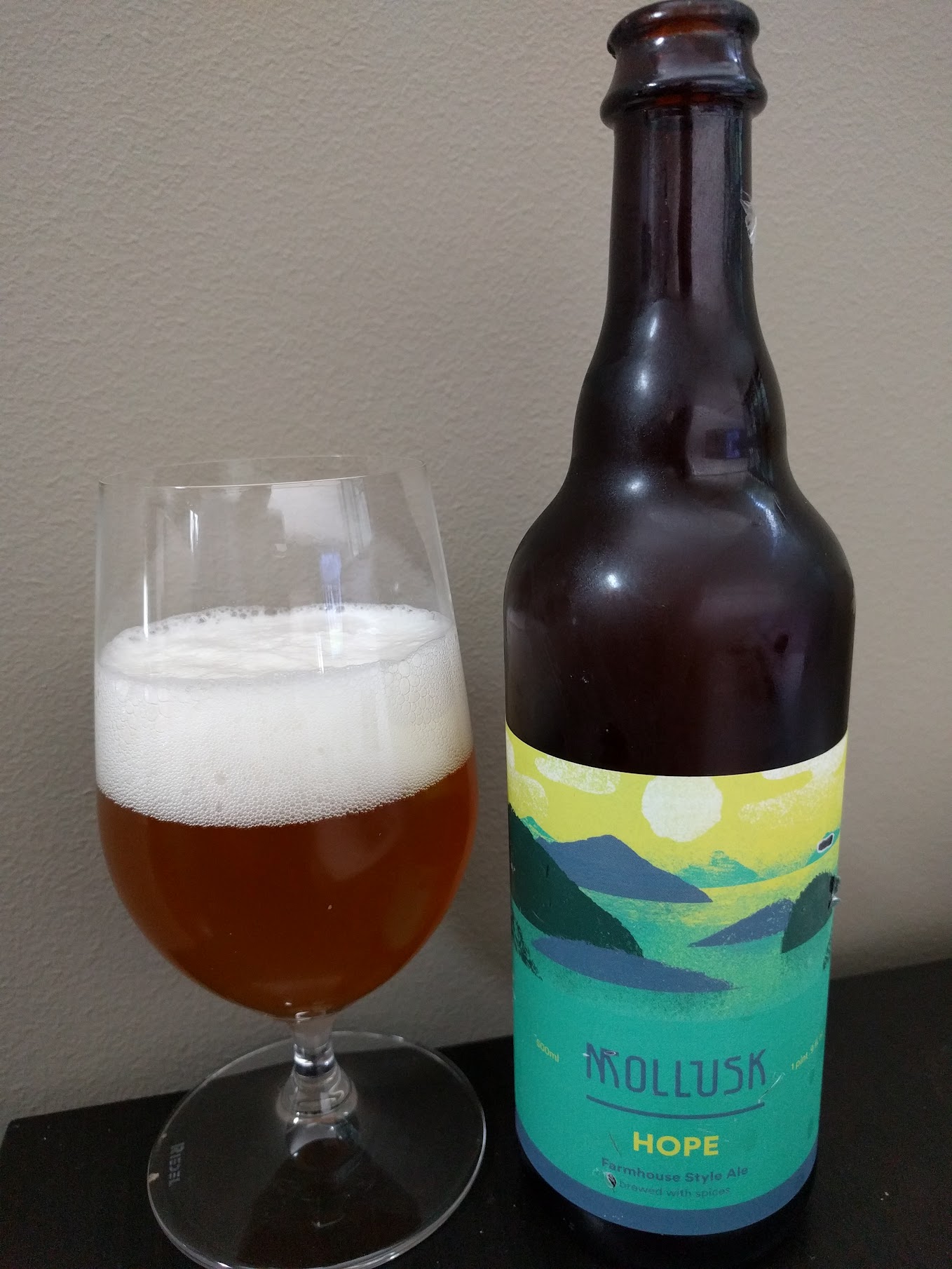 Pours a very hazy pale golden colour, with a coarse, rocky head of white that just leaves patches of lace. Body is slick but fairly light, with minimal carbonation noticeable.

Nose is bright and pleasant, with a fragrant, appropriately spicy character on the front, which mellows into sweet, almost tropical notes of orange and coconut. There's a slightly sweet note to it as well, with characters of honey and candied peel. As it warms, there's unusual peppery note that becomes more pronounced. I like it, and it has a good deal of complexity.

Taste is definitely sweeter than the usual saison, and those honey note create a slickness in the palate, despite the rather light body. There are noticeable Belgian yeast notes around the edges, but not enough spice or sharpness to cut through the sweetness. The balance is left to the carbonation, which is very light, and doesn't create enough—as a result, the beer ends up feeling a bit dense. 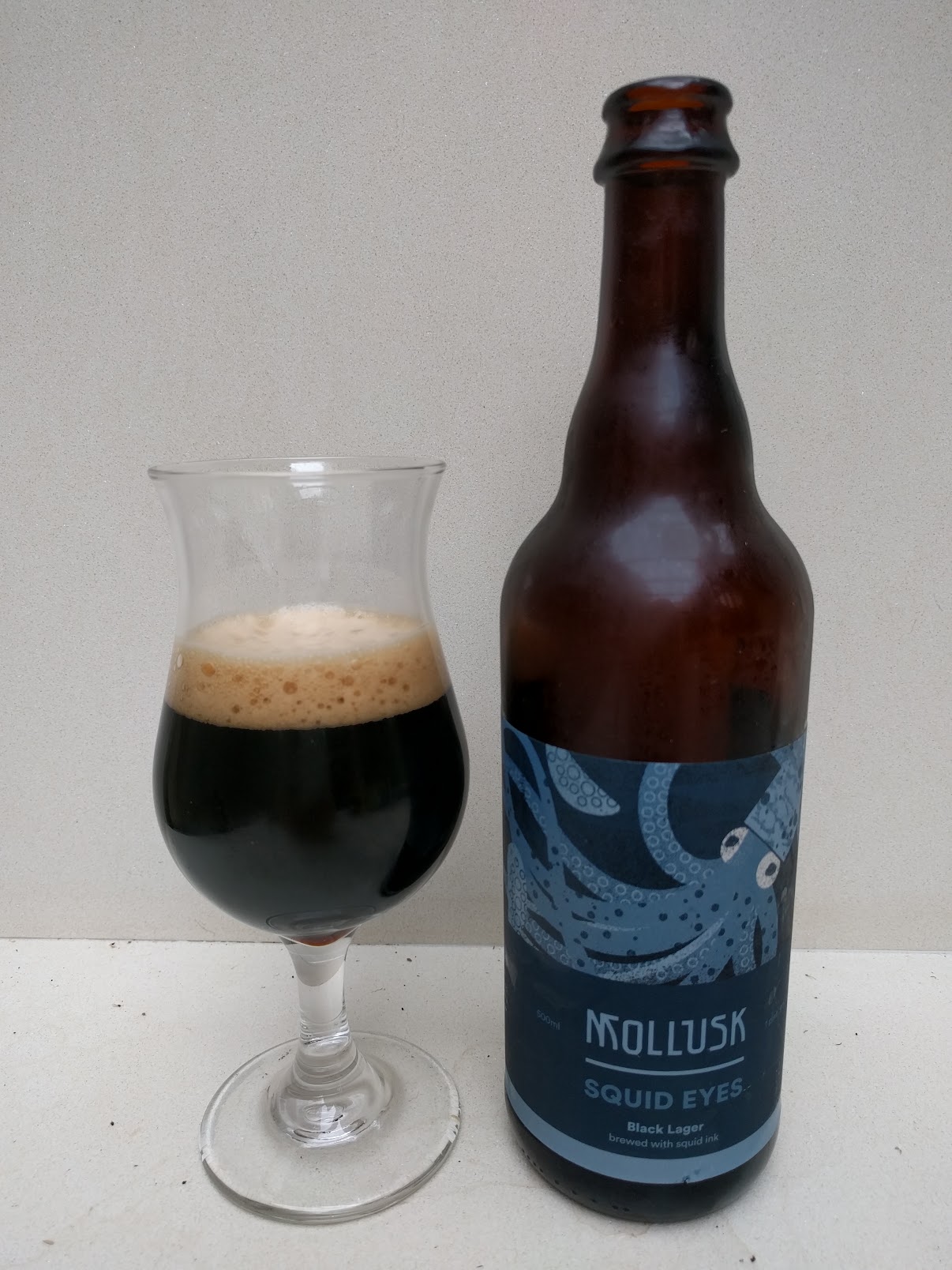 Pours a proper schwarzbier colour, deep (inky) black, but with a lightening at the edges leaving it sepia brown. Head is coarse-bubbled to begin with but after this burns out it persists as a fine ring that leaves specks of lace. Body is actually pretty firm: a little heavier than expected. Looks decent though.

Nose is toasty, and rather rich. There's a sweetness to it, almost a hint of vanilla or oak. It leaves some semi-sweet chocolate notes as well, although you could also interpret it as a concomitance of malt notes—deep but intertwined. Yep, I like it.

Taste is also good, and stylistically appropriate. There's a leanness to the palate which makes the centre and back quite crisp. The back has a slight medicinal or mineral tone to it—it's easy to attribute it to the squid ink, but I've had similar flavours in ink-free schwarzbiers. Finish is clean, rather dry, but with a very faint hint of astringency—perhaps that mineral note persisting a little longer.

Feel is light and crisp, but with a sleekness through the centre.

Overall, this is a nice beer. Firstly, it's a decently put together schwarz. There's a gimmick to it, perhaps, but it's not actually something you notice all that much in the finished product. Or if you are, it might be entirely psychosomatic.
appearance: 3.5 | aroma: 4.0 | taste: 4.0 | feel: 4.0 | drinkability: 4.0
Feral Hop IPA
6.8% American IPA from Mollusk Brewing
Overall:
48 / 100
(Not Great) 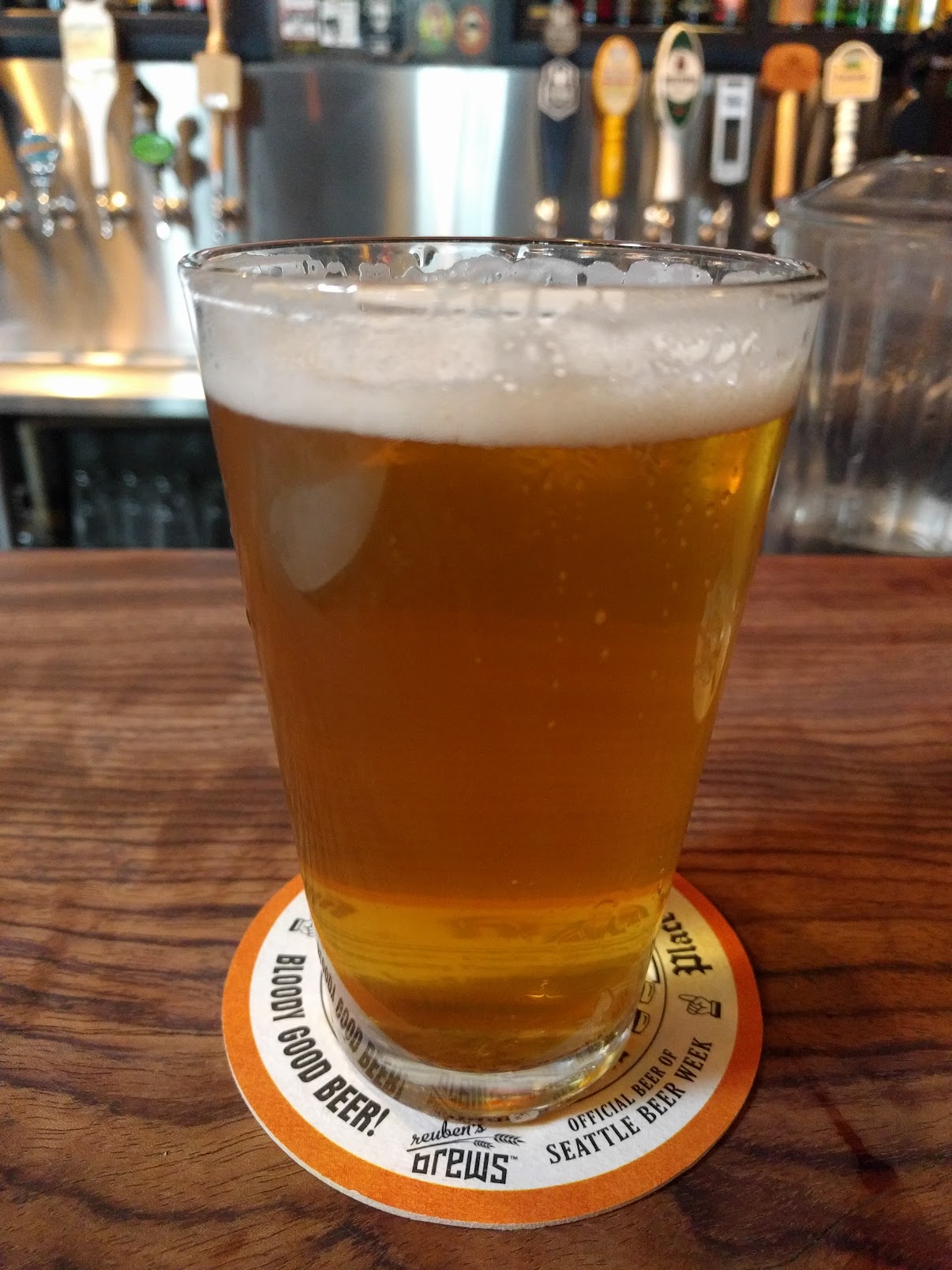 On-tap at Brouwer's in Seattle. IPA hopped with wild hops.

Pours a clear, very pale yellow colour, with a laced, but fine-bubbled head of white that leaves fairly solid sheets down the glass. Carbonation is fine, but minimal. Looks decent enough.

Nose is woody, and lagery. These wild hops smell an awful lot like Pride of Ringwood to me. It's slightly corn-forward as well, smelling sweet and grainy. There's maybe a bit of fruit to it, mild stone fruit like underripe apricots. But it's not amazing.

Taste is similar, but with a bitter harshness that has the rough aspirin-like taste of crushed bark. There's a lingering, slightly pongy malt character as well. It's dirty, earthy with a distinctive whiff of compost on the back. I'm not a fan.

Feel is light, but with a persistent tingling carbonation.

Overall, I didn't enjoy this much. This tastes like an amped up Aussie draft lager. It might be interesting for someone for whom PoR doesn't immediately bring back sticky carpets in depressing neighbourhood bars. But it's certainly not for me.
appearance: 4.0 | aroma: 3.5 | taste: 2.75 | feel: 3.0 | drinkability: 2.5