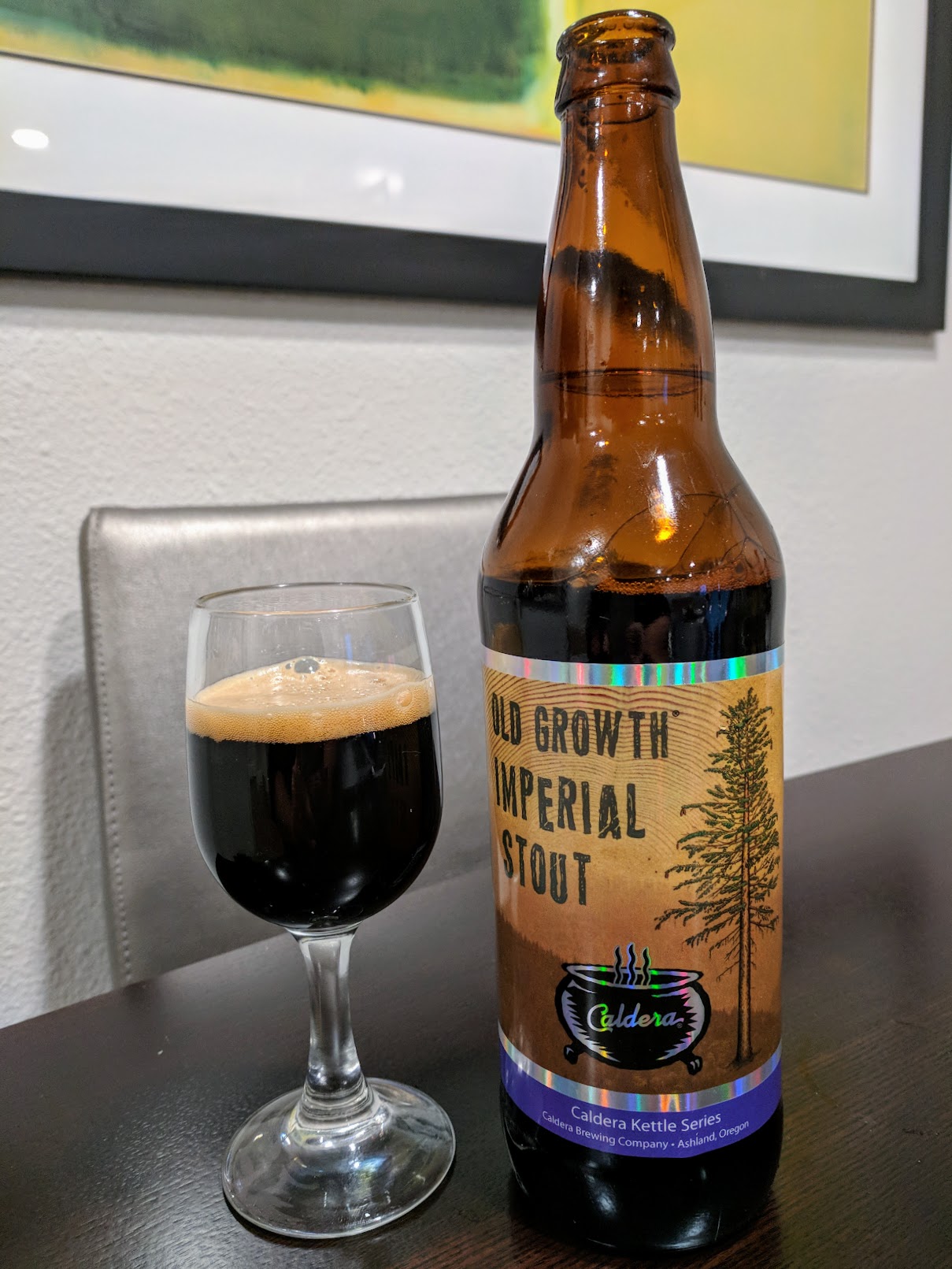 Pours an inky black-brown colour, with a very fine and persistent ring of pale brown foam. Lacing forms as individual splotches. Carbonation is pleasantly fine. Looks like it's got a glossy weight behind it. I like it.

Nose is straightforward but quite pleasant. Mostly it's based around the roast character, which is deep, dark and semi-bitter without getting towards ashy. There's hints of dark chocolate and coffee, but honestly, it smells a bit too dark and biting for all of that. There's not a lot of sweetness to it, which makes me think it might be harsh on the palate. It's powerful at least.

Fortunately, there is body to the palate. It's still very robust, with a strong dark bitterness to it but there's enough sweetness and richness to give it character of espresso coffee and high-cacao chocolate. The finish is slightly ashy, but you can forgive that in a beer of this depth and darkness—indeed it would be easier to criticise it for not being dark enough. This is certainly not that.

Feel is slick and glossy, but with a lightness that stops it cloying.

Overall, I like it. It's not one of the world's best Imperial Stouts, but it's pretty well made, and it's not afraid to put that darkness front and centre. This is probably a fine candidate to spend a bit of time in oak to mellow and pick up some complexity. It's got the chutzpah to survive it.
appearance: 4.25 | aroma: 3.75 | taste: 4.0 | feel: 4.0 | drinkability: 4.0
Toasted Coconut Chocolate Porter
6.2% American Porter from Caldera Brewing Company
Overall:
63 / 100
(Solid) 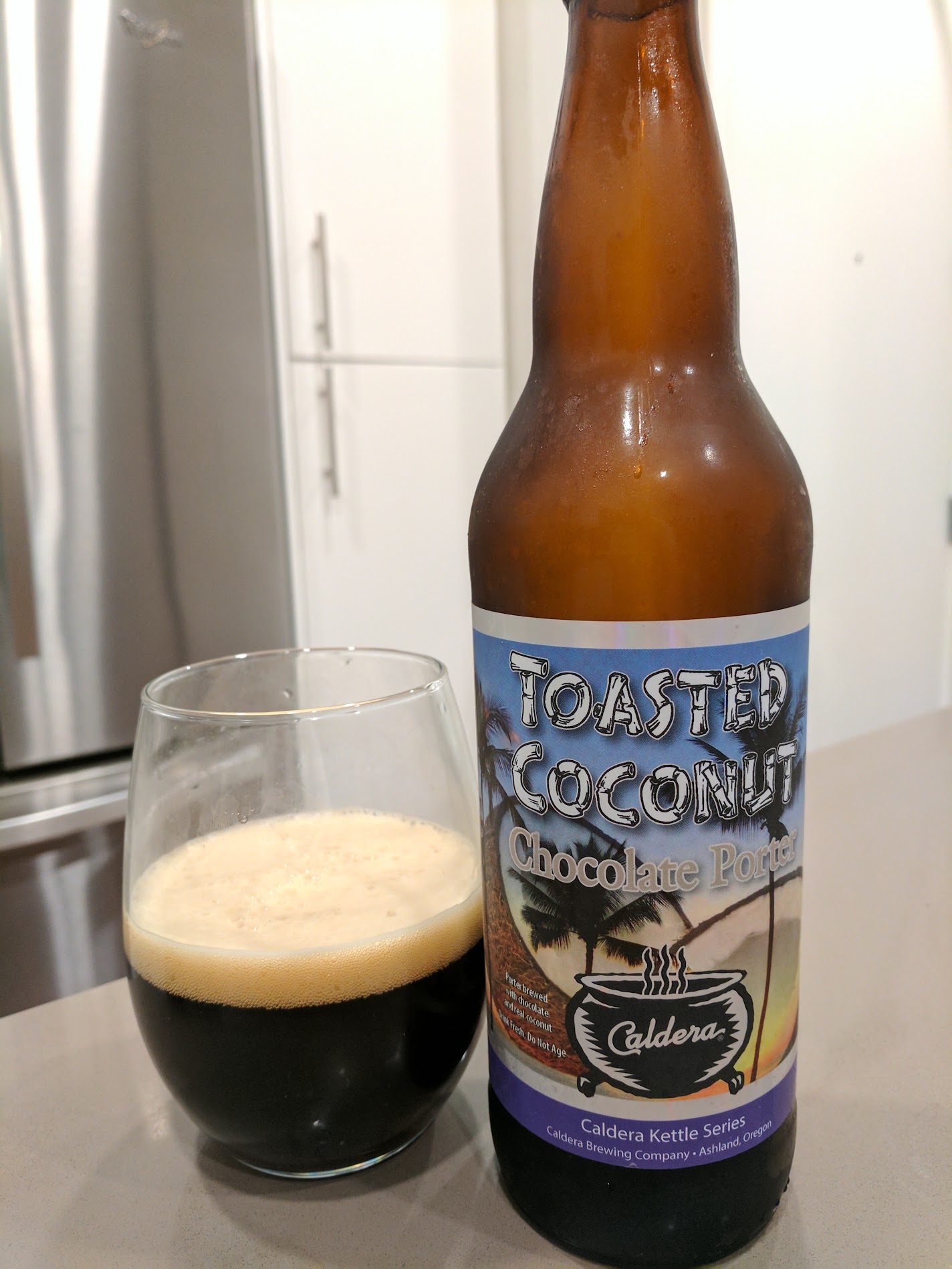 Pours a rather insipid brown colour, with a thin crest of beige, that only persists as a thing ring, leaving sparse specks of lace. Body is light, holding only fast-moving carbonation. It doesn't look great, to be honest.

Nose is a little better, especially after it warms up a bit. There's a pleasant coconut aroma which works with a heady sweetness to become something quite recognisable. It's easy to believe that the kind of blunt sweetness is chocolate, and chocolate and coconut is a lovely combination.

The taste doesn't quite follow through on this promise though. For one thing, it's really quite thin, and lacks body and sweetness—this means the darkness on the palate feels a bit too bitter and ashy, despite the fact in a sweeter beer it would provide a beautiful balance. It's not bad, even so—there is still coconut through the center of the palate, but it's not what the beer's all about, and when you take it away, it feels weirdly insipid.

Feel is very light, which is a real shame. That, and the lack of fullness in the flavour are the fatal flaws of this beer.

It's not a bad beer, and far from being undrinkable. But it is disappointing. All the more so because it's also promising. It just doesn't deliver on that promise—the nice aromas of coconut, for instance—as a result it's a missed opportunity.
appearance: 3.0 | aroma: 3.75 | taste: 3.5 | feel: 3.25 | drinkability: 3.5