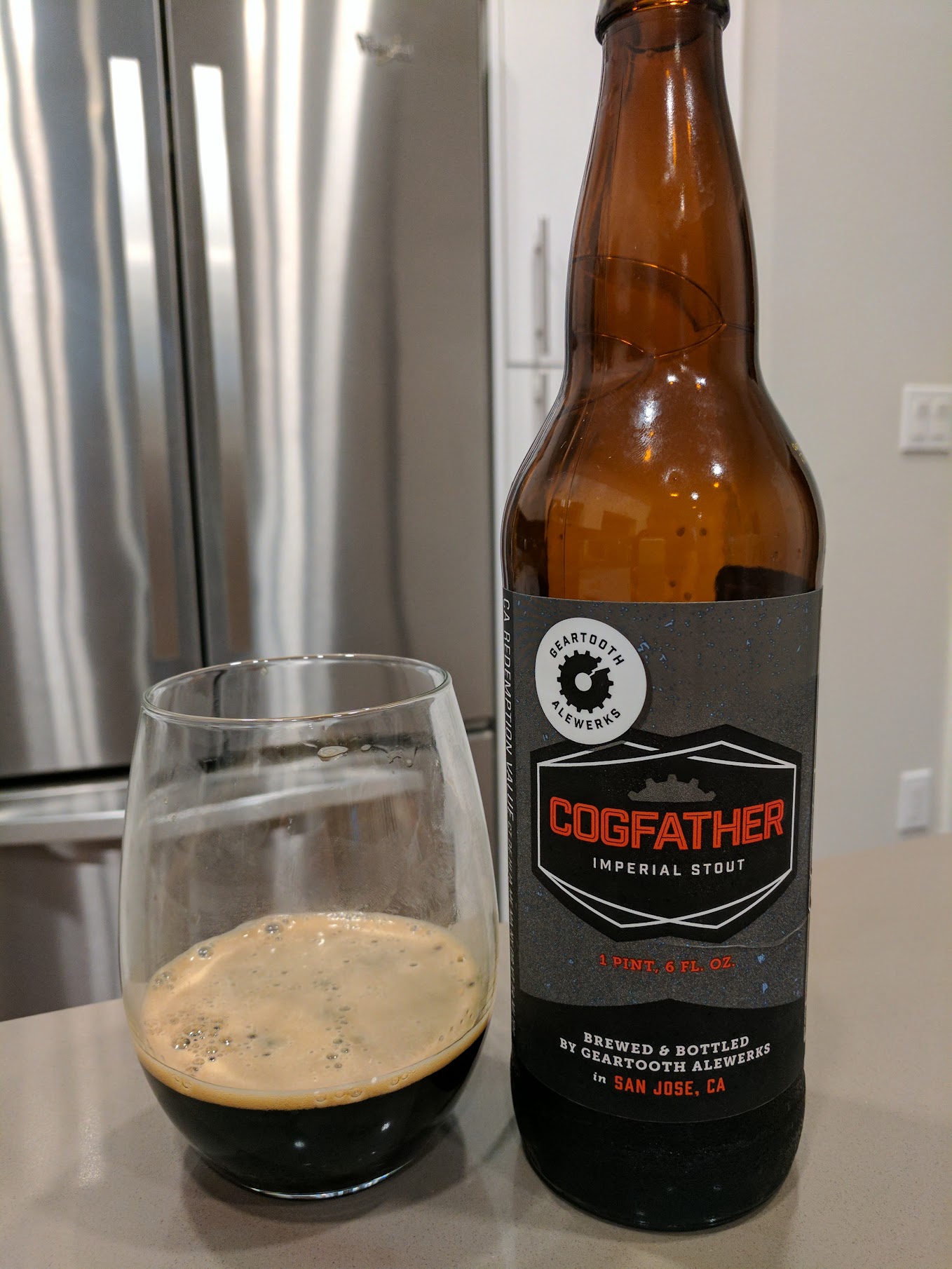 Pours a rather light colour, more of a deep, clear brown-black with a russet hue at the edges where it's thinner. Head froths a bit initially, but ends up pretty much being a coarse lace of mocha in patches around the top of the glass. No lacing on the glass itself. Body is only mid-weight, a bit disappointing for a big beer. Not overall a great-looking beer.

Nose is similarly lacking in some ways. There's some dark notes and a slightly bittersweet aroma like weak coffee. But it's mixed with a slightly chemical or sharp organic aroma, that smells a little like napthalene mothballs. It's not all that great.

Taste is a bit better, but it's quite flat and generic. There's a dark bitterness towards the back, but most of the front and middle are empty. There's more coffee characters, but again fairly thin and weak. Minimal sweetness, although the booze does give a slight Tia Maria note. But it's all a bit underwhelming. Feel is also thin.