375ml brown bottle purchased somewhere in Denver. This is a "harvest cucumber saison", brewed with whole cucumbers, lemon zest and grains of paradise.

Pours a faintly hazed pale golden colour, with a coarse-bubbled head that settles into a loose ring that leaves little lace. Body is very thin and dry, although the carbonation is surprisingly languid in the glass. Looks okay.

Nose is decidedly odd. There is indeed a fairly pronounced pickle brine character to it, which gives a sweet/sour/savoury edge to the beer, which is slightly offputting. Scooped cucumber seeds, watermelon and rose also come through. It's a bit one note, in reality, with all of the notes coming seemingly from the pickle addition. and it does tend to overpower somewhat.

Taste is quite similar, but in some ways, it's actually slightly worse. There's a pronounced savoury-bitter character on the back, which works poorly with the pickle flavour, giving the slight suggestion that something is off—it's either a weirdly infected beer, or a weirdly bitter pickle. It has a mineral character, which is mostly washed around with the semi-sour lacto ferment note, but it doesn't quite cleanse it properly. Hmm.

Feel is fine. It's light and clean, but this also means that there's not much body to hide the weirdnesses. 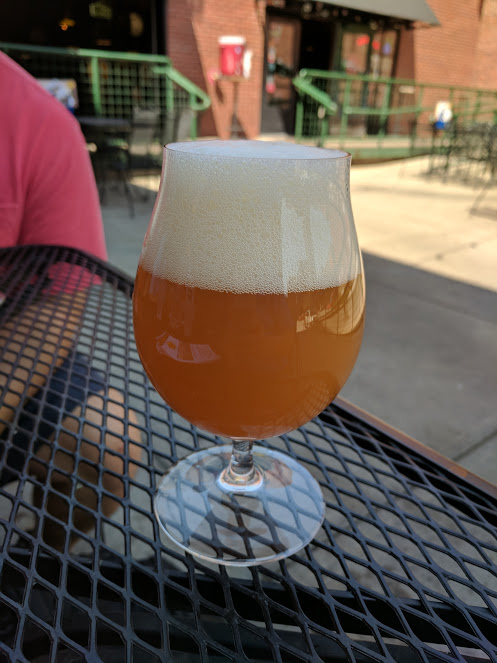 Pours a very thick, juicy yellow-orange colour, turbid with haze. Head is frothy and coarse-bubbled white, leaving some sticky lace. Body is heavy, and accentuated by the haze.

Nose is immediately zesty, lemon sherbet coming through with some peppery spice to kick it up another notch. It's really sharp, with lemon myrtle and eucalyptus, it almost turns medicinal. Intense.

Front of the palate is smooth, but towards the middle there's undeniable lemon juice characters, coming through zesty and pithy. Back is chewy and thick—it's juicy again, but always cut with that sharp citrus bite. Slight earthiness in the finish, turning to actually bitter citrus in the aftertaste.

Yeah, this is very interesting, but the lemon is almost overwhelming. It leaves a medicinal, bitter pithy taste which isn't so good. The lemon brightness that comes with it though is nice while it lasts.
appearance: 4.0 | aroma: 4.25 | taste: 3.75 | feel: 3.5 | drinkability: 3.5
Menacing Kumquat
6.5% Saison from Trinity Brewing Company
Overall:
62 / 100
(Decent)

Smells funky and earthy. Slight stonefruit tang, slightly cantaloupey actually, then a big hit of bush pepper, unndergrowth and some barnyard notes with a sharp citrus hit on back. Cool, but fairly by-the-numbers for the style.

Taste is similar and a tad weird. Fruity but in a savoury way, kind of tomatoey really with a dry tartness to it. Slightly refreshing late-mid which helps temper the odd savoury note. Mild earthy funk on the back, hint of pepper to the finish. Not bad but the funk and acidity never really take off, and the dry tomato character get a strange character in the midst.

Decent body, bit of pull as it goes down at the end. 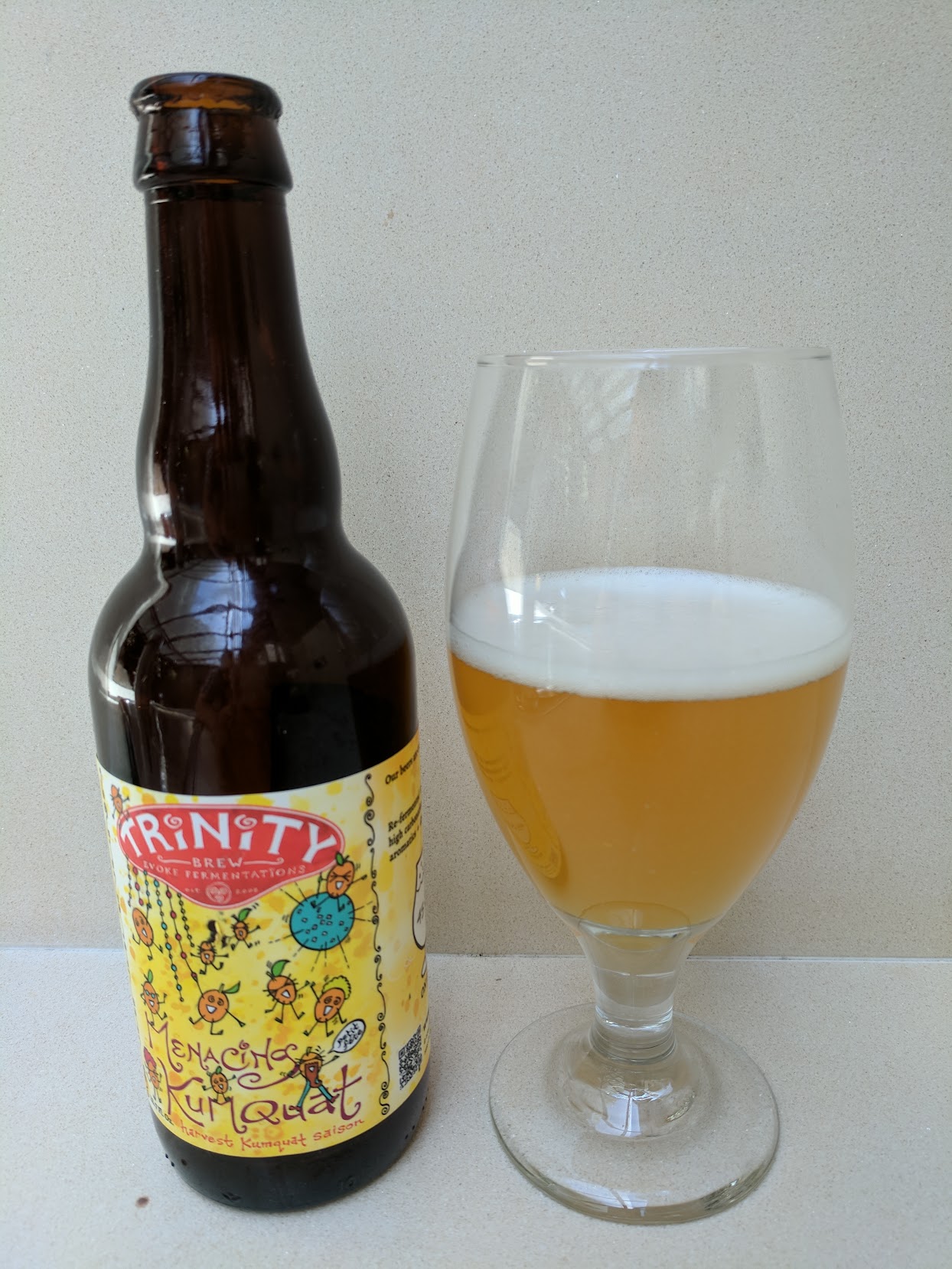 375ml brown bottle purchased from Lukas Liquors in Denver. Shared with Sam back in Sydney.

Pours a very hazy deep golden colour, with a foamy ring of white that stays persistently, but leaves little lace. Carbonation is fine and minimal. I thought I'd poured it quite carefully, but there are a lot of floating chunks of yeast sediment as well. So be it.

Nose is pleasant enough, with some woody, almost cedar notes that complement the aromatic, organic saison yeast character rather well. There's probably a hint of kumquat to it as well, but it gets lost among the saison notes.

Taste is pretty nice. There is a semi-bitter note of citrus here, which is pleasant. There's also a pretty pronounced coconut character, which I could believe is oak, and which might explain the wood notes on the nose as well. Finish is slightly earthy, but thinned out with a touch of metallic bitterness, that leaves more of that fleshy citrus in the aftertaste.

Feel is a bit flabby—the carbonation is low, and it feels too thick as a result.