Pours a hazy gold colour, quite shiny, paleish. Head is whispy white foam, nice sparse webbing but not very sticky. Looks pretty cool. Not robustly fascinating but the kind of beer you want to drink.

Smells funky, and tart with a hint of spice. Some citrus and stonefruit characters, a slight banana note and some slightly phenolic funk on the back, maybe a touch metallic. Nice underlying sweet spice and the fruit characters are also quite sweet and pleasant. Enjoyable.

Taste is a little flatter, and a bit disappointing. Kind of a plain pale malt character is the main thing on the front. Some slightly tart, slightly phenolic notes dance around the edge with some lemon pith, grapefruit and a hint of some bandaid medicinal character. Finishes somewhat dry, clean with a slight detergent bitterness on the back. Slightly sweet on the back as well. Really not a bad drop; very palatable and thirst quenching even. But it just feels a bit desiccated and restrained compared with the complexities of the nose.

Decent body; slightly foamy texture that gets quite dry, even puckering, if you hold it in your mouth. Pretty nice. 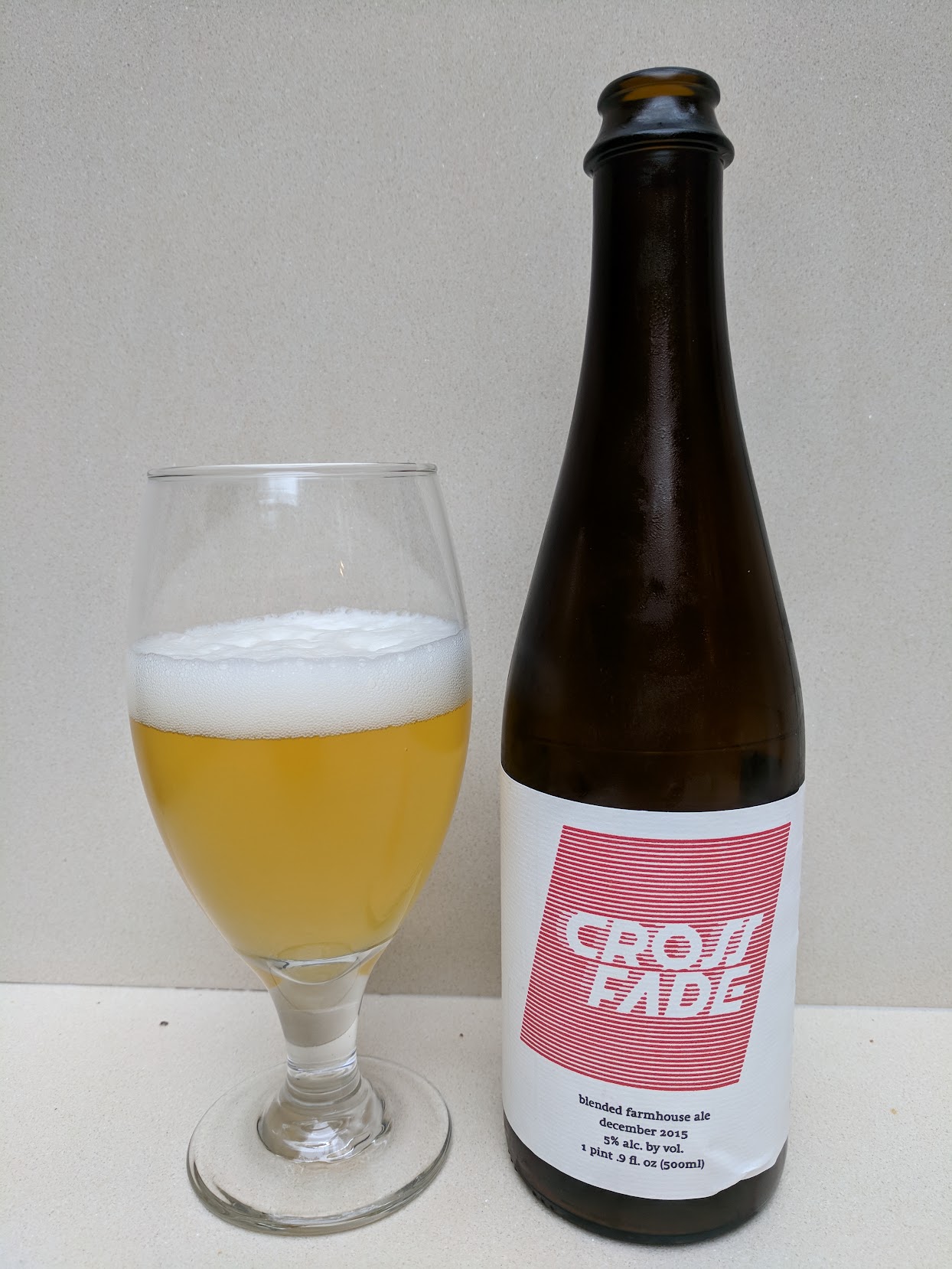 500ml brown bottle purchased from K&L Wine Merchants in Redwood City, CA. Shared with Sam while brewing a saison of our own. Date of December 2015 on the bottle, which I assume is when it was blended.

Nose is pleasant. It has a firm, almost salty character like limestone and black rock salt, but leavened and brightened with a pleasant lemon note. There's a touch of smoothness to it as well, especially as it warms, giving a faint hint of vanilla meringue. It's nice stuff.

Taste has a very organic barnyard kind of character to it—it's both minerally and slightly pongy. There's more of that rock salt note, but backed with a character like barn-laid straw and dung. It's a little offputting, but weirdly, it's connected well to the rest of the palate. The back is quite dry and light.

Feel is very dry, thin and with some big, bubbling carbonation to bloat it out.

It's certainly got the farmyard element down. There are bits to like and bits which are less enjoyable. In the end, I'm a little conflicted, but it has something to it that makes it stand out at least—I just don't know if that's a good or a bad thing.
appearance: 4.0 | aroma: 4.0 | taste: 3.5 | feel: 3.5 | drinkability: 3.5