Pours a golden colour, steady stream of bead through the beer feeding a kinda lacklustre head; just a sparse cloud of white foam, some nice clouds of lace left behind. Looks alright.

Smells a bit gruity. Some really earthy, even astringent spice characters, together with a soft phenolic note and a strange hint of bubblegum at the back. Yeah quite bitter and earthy, and could use some lighter notes to counterbalance it. I'm a bit apprehensive to be honest.

Yeah taste doesn't really do it many favours either. It's quite earthy, phenolic with a strange corporeal, almost urine-esque character midway that's also oddly salty. Towards the back it has this dry champagne yeasty kind of note but the saltiness continues, giving a slightly seafoody umami character towards the back. Finishes fairly dry-bitter with a slight barnyardy funk, but yeah it's a bit lacklustre; some decent flavours but not really put together in a pleasant, drinkable combination.

Fizzy, and a little thin. Dry, too, like the sort of beer that feels it gives you a hangover. 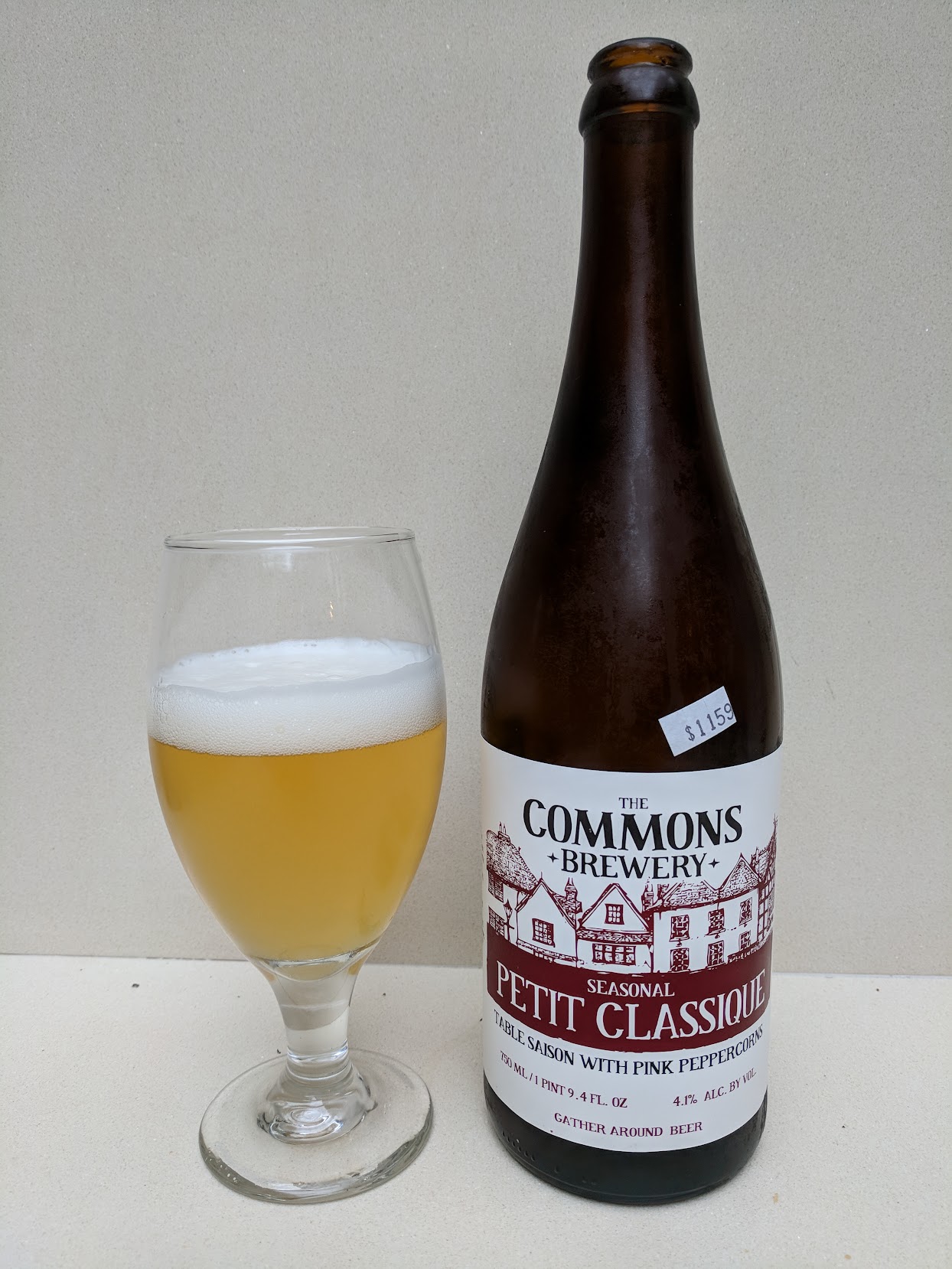 Pours a slightly hazy pale yellow colour, with a fine, filmy head of white that leaves great streaks of lace. Carbonation is very fine, despite the body being really quite light and thin. Looks pretty good.

Nose is pleasant. There's a definite pepper character, but whether it comes from the pepper itself or the yeast, I'm not sure—I'm inclined to think that it's likely to be the pepper. It has a smooth rounded character surrounding it—a little like a banana smoothie. There's a topuch of crushed vegetation as well. It's not all that well integrated, but there are interesting things in it.

Taste is smoother, and more integrated, but also slightly more dull. There's a slight green vegetation or citric bite on the front, but it devolves into a rather empty mid palate—it's not thin though, and has a smoothness running around the edges that pulls everything back. The finish has a suggestion of banana and maybe a faint (almost phantom) tingle of that elusive pepper.

Feel is light, but with a smoothness which is quite welcome.