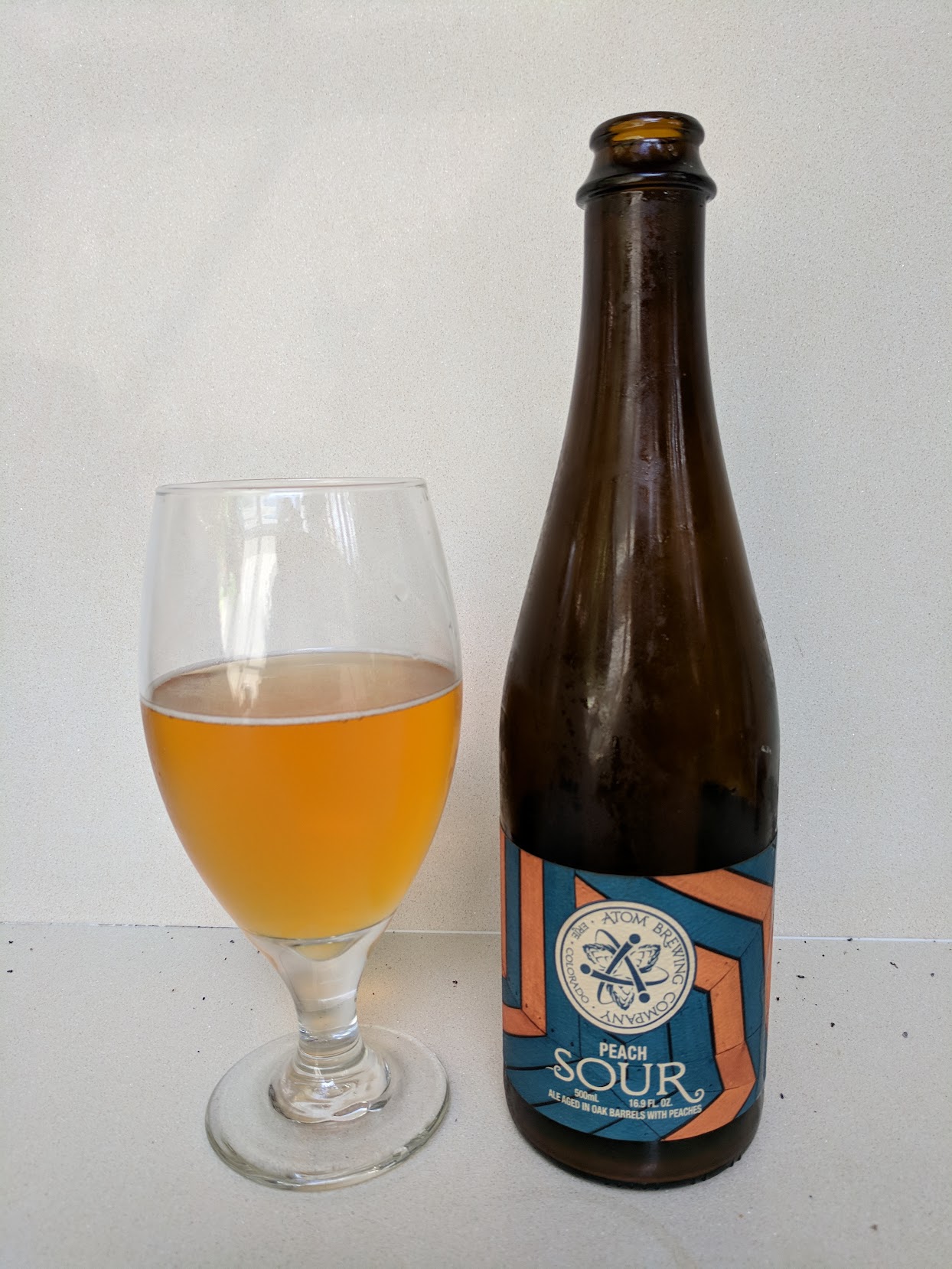 Pours a clear, rather deep golden colour, with a minimal white ring of head that dissipates, almost leaving the beer looking still and dead. Carbonation still flows in minor bubbles towards the cap. Looks a bit underwhelming though.

Nose is slightly metallic, and has a twang of hydrochloric (or dare I say it, butyric) acid to it. Under this, there's noticeable barrel characters, giving a pleasant enough aged vinous quality. Peach isn't really that noticeable, except that there's a sweetness over everything which provides a kind of comic foil to all the coppery, bile and metallic characters. Hrmm...

I taste it with some trepidation, but although it starts with an overly sweet fruit character, there's a kind of pleasant acidic bite towards the back, lending a light and dry sauvignon blanc flavour in the finish. Peach is noticeable around the middle, which is genuinely pretty pleasant, especially when coupled to the true acidity. The sweetness on the front is unpleasant though, and the metallic aroma can't be ignored on the palate.

Feel is light and crisp. It works okay.

The acid really tries hard to clear things up, and the flavour on the palate can be quite good. But it's really hard to get over the flaws here, and they really drag down the beer—it's a hard beer to get exactly right, and often, like with this beer, even getting off the mark slightly can make the overall result a big miss.
appearance: 3.0 | aroma: 2.0 | taste: 3.5 | feel: 3.5 | drinkability: 2.75
Peach Sour
7.0% American Wild Ale from Atom Brewing Company
Overall:
67 / 100
(Solid)
Pours a shiny gold colour, brassy. No head, and no revival even with aggressive swirling, which means there's little else to comment on. It smells like an interesting beer but in all honesty it looks appalling. Completely dull and flat.

Smells tart, and oddly spicy. Kind of a tobacco character to it, herbal and peppery with a slight fruity piquancy. Touch of roast at the back. Yeah citrus, vinous, herbal. Slightly by the numbers in that it's got many aspects of it but they're not blended in a big complex way. But pleasant and interesting.

Taste is nice too, and even more interesting in fact. Starts out tart and curious with a big citrus note, some under-ripe peach and pineapple as well. Develops some robust herbal characters midway with that sweet tobacco note, some tomato as well (so yeah, tomacco, ok why not) with a slight grassy character and mildly metallic note on the back. Tart from front to back as well with a slight astringent acidity on the very back but quite smooth. Intriguing character; good complexities and an interesting craft to it. Really can't pick the style from the palate.

Little flat, little thin. Just a light pull on the back to its credit but otherwise not that fascinating.