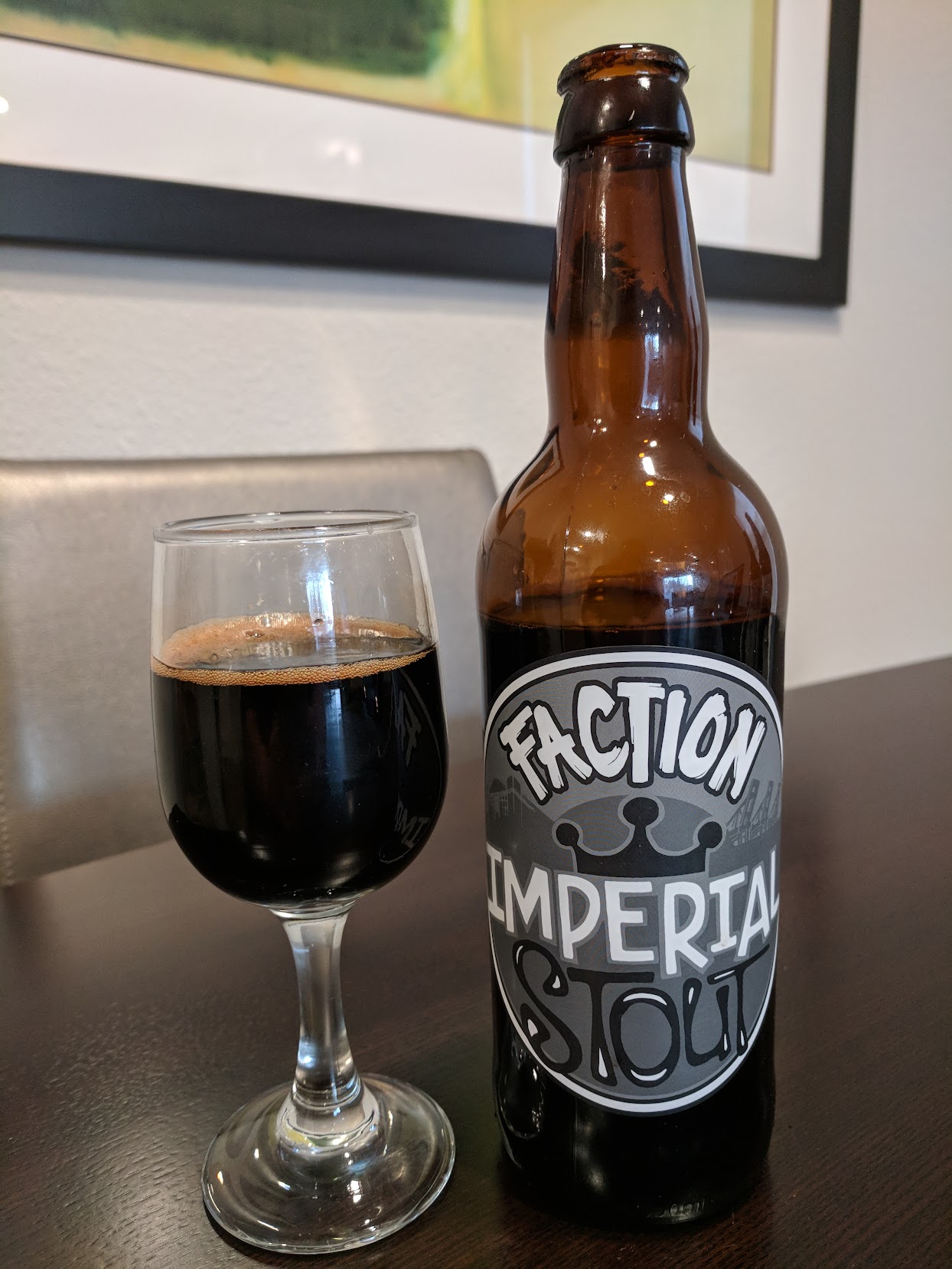 Pours a deep, inky black-brown colour, surprisingly light-weight in the body. Head is a very deep brown colour, but fizzes up and then dissipates to almost nothing. It's a real shame. Carbonation has run out of steam early, meaning the beer ends up looking quite flat and still after a very short period of time.

Nose is disappointing. Flat, broad grain characters, laced with an unpleasant acetaldehyde note. It smells a bit like spent grain after it's been left in a warm musty room for a few days. There's a hint of booze to it, which I'm actually clamouring for—anything to life this and drag it out of the dankness (and not the good kind of dankness).

Taste is marginally better. Here is has some vinous notes, and a broad, smooth feel that incorporates some of the boozy qualities. But there's still an undeniable green apple character, which is quite separate from the other notes in the beer, and sits uncomfortably with them. Otherwise, there's a little mild chocolate and a grainy finish with a touch of tobacco. I'm still not enamoured though.

I'm genuinely not that impressed. They've managed to get a dark beer to 8.5%. Well done. Unfortunately anything else to do with the flavour profile or coherence seems to have taken a back seat. This bodes ill for a new brewery for me, and I'm honestly not at all very interested in seeing what else they have to offer.
appearance: 2.75 | aroma: 2.0 | taste: 3.0 | feel: 3.0 | drinkability: 3.0