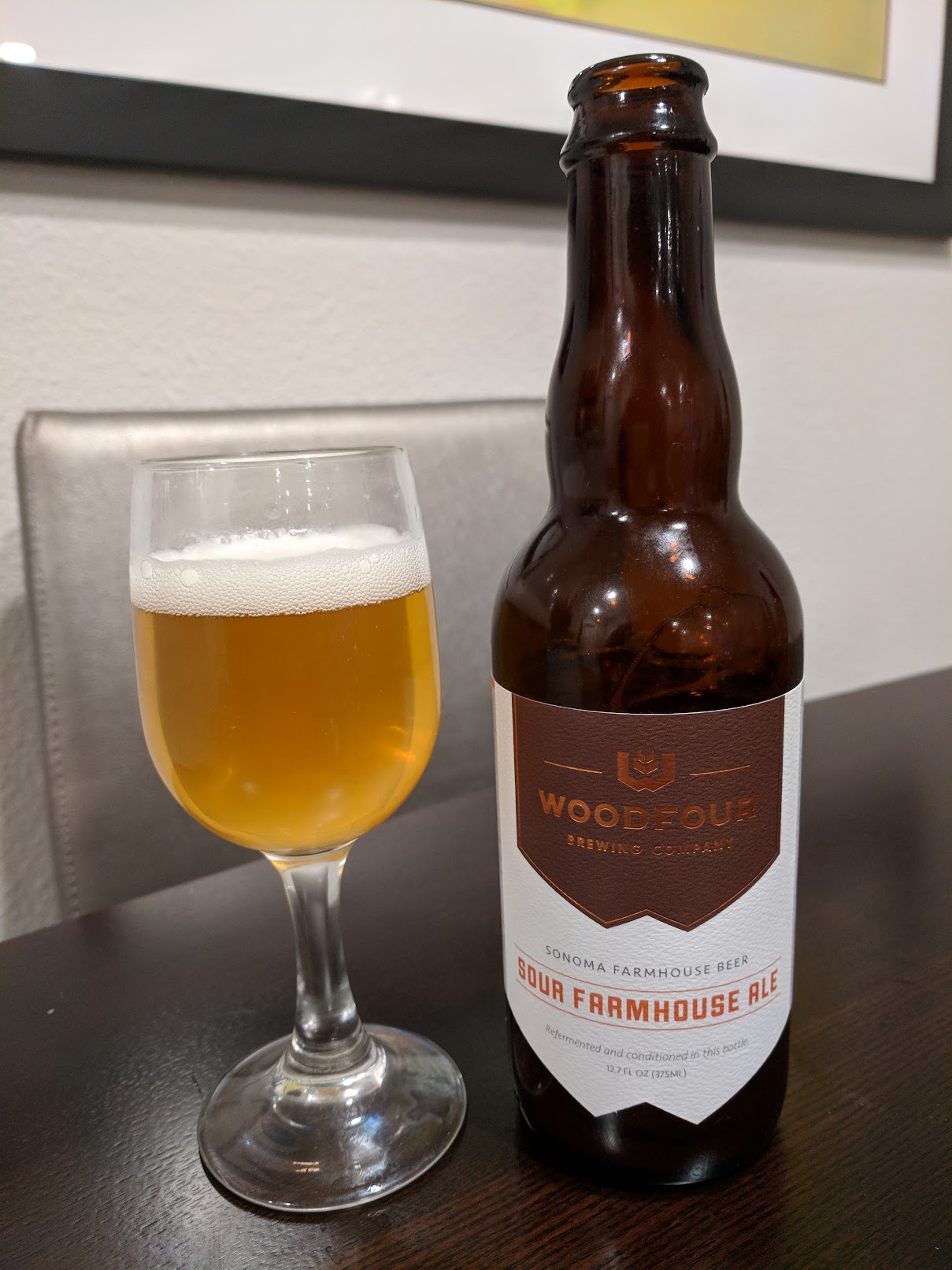 Pours a pleasant pure golden colour, with lots of vibrant carbonation. Head is a coarse-bubbled ring of white, with some oily streaks across the top of the glass. Body is very light. Looks decent all up.

Nose is very pungent. Huge, lactic and gueuze-like funk, with a big, punchy acid character right from the start. Hints of apple and sour milk, with a champagne-like effervescence. Undertones of cacao and mint. Impressive beer.

Taste is indeed quite sour—it's not unexpected from the characters on the nose, but often there's a little restraint on the palate despite that. Big, green apple tartness, more citric and tartaric acid than lactic or acetic, but it's still cutting and very strong. Lots of apple and lemon, some crushed greenery, but not enough to swerve the acidity onto a different track. As a result it feels like it's lacking a little complexity in some way.

Feel is light and sharp—sharpened in particular by the biting, powerful acid.