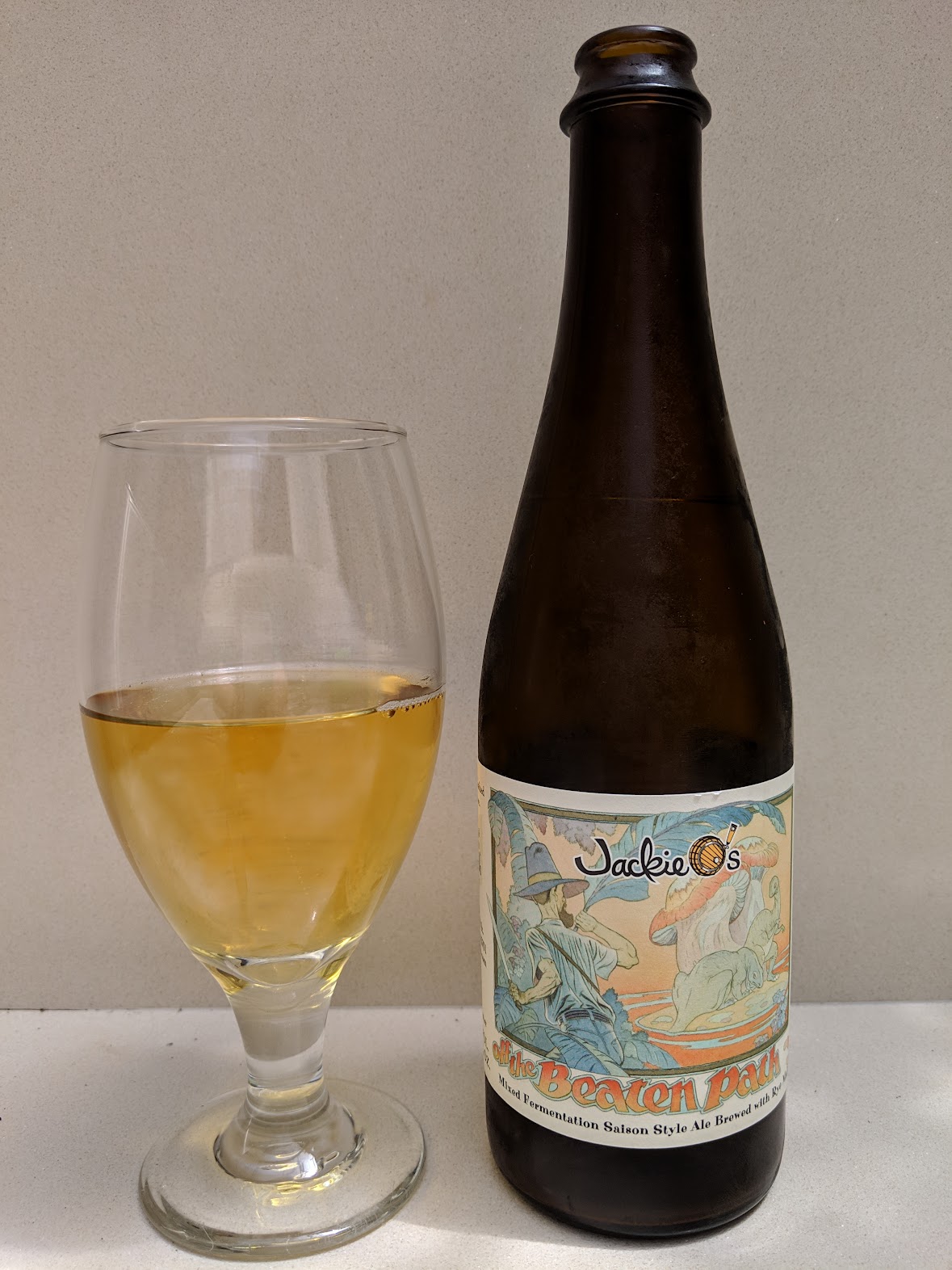 Pours a very pale, clear golden colour, with some persistent carbonation, but almost no head. On pouring, it has a slight ring of coars bubbled, but these quickly dissipate once the glass is moved. Looks rather dull and flat.

Nose is pleasant. It has a nice vinous tartness that gives notes of riesling, moving to a slightly astringent character like green olives. It has some of that classic mixed ferment greenness, and a hint of plasticine. As it warms, there's notes of pepper and dried orange peel. Quite good all up.

Taste is a bit straightforward. There's a lightness to the palate, with some of that vinous bite towards the back. Again, there's a touch of astringency, which does give a slight olive note, and a peppery character that works with the carbonation to clear things up. Some sweetness in the mid palate hints at stone-fruit and pithy citrus skin. It's good, but it's perhaps not as layered as some of the very best examples.

Feel is light, and a little biting from the acid. 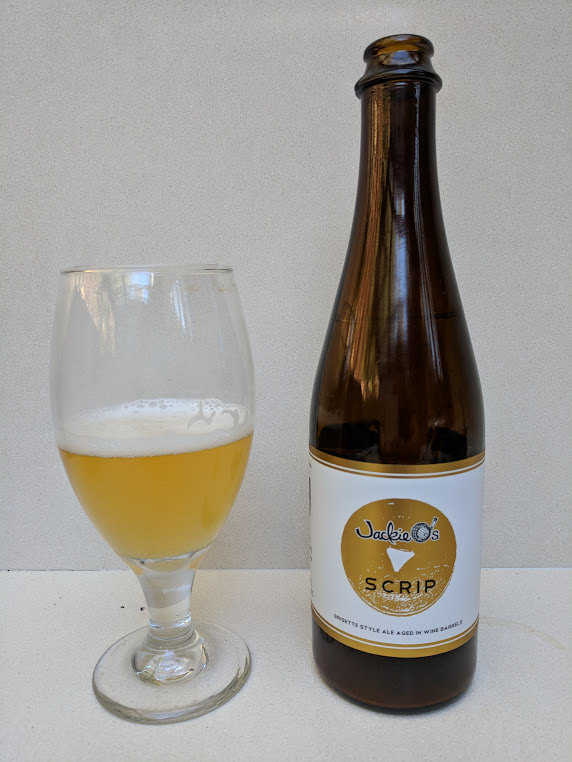 Pours a very clear, pale yellow colour, with a very fine head of white that persists as a fine film. Coarse, fast carbonation raced through the light body. Looks like a suitable grisette.

Nose is quite pleasant with a sharp, green vinous character giving a good hint of acid, and some young grapes. There is a bit of barrel to it, giving some lifted cedar notes and a suggestion of eucalyptus. It's quite nice.

Taste also has a nice sharpness to it—there's more acid than you'd usually get in a grisette or saison, and it lends more of that biting wine character. It's fairly simple, but it's quite clean, with a pleasant flatness on the back.

Dark brown colour with beige head, light bubbles around the edge. Some clumps of lace. Looks standard, not that much head.

Smells malty, some dark roasty malt but very sweet. Touch of medicinal and cherry character, with mostly cocoa-rich chocolate aroma. Nutty, and slightly gummy as well, with a sweet artificial character to it. Pretty good. But not great.

Tastes similar. Sweet and roasty with a slight vegemitey yeast character. Has a woody almost savoury character that's somewhat salty. Definitely has a vegemite note with rich darkness but mostly just that aged yeast. I don't mind a vegemite flavour but its a bit full on in drinking form and in its essence.

Mouthfeel is smooth, bit raw and maybe quite big on the back. Like boozey. Not too bad but a bit thick for the flavour; some more carbonation to cut through would be welcome. 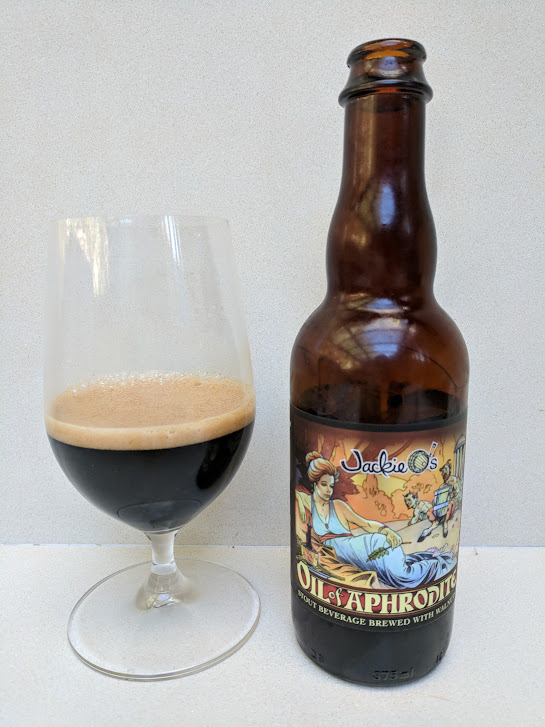 375ml brown bottle purchased from City Beer Store in San Francisco. Shared with Sam back in Sydney. This is supposedly an imperial stout brewed with walnuts, which sounds interesting to me.

Pours a suitable oily black-brown colour, with a pocked bubbly head of beige that settles. Body is actually quite light, and the carbonation moves swiftly. It's not a light beer, overall, but it's lighter than I expect for a beer of this size.

Nose is pleasant, and the walnuts are absolutely present here. It has the aroma of walnut praline or walnut cheese, here atop a semi-sweet, semi-savoury stout character. It's not overly sweet at all, and has characters of vegemite and dark toast to it.

Taste is also good. Smooth and silky on the palate, with lots of toasty nuttiness towards the back. The walnut is again very prominent, especially in the finish, where it nicely counterpoints with the booze and the roast character. It leaves it toasty with characters of nocino and liquorice.

Feel is slick. There is a lightness to it, but the oiliness of the booze helps spread the complexities of the palate.

Overall, I'm impressed. This is a nice beer with a really quite unique character that sets it apart from the rest. Otherwise, it's a fairly by-the-numbers imperial stout. But the walnut character is something else entirely.
appearance: 3.5 | aroma: 4.0 | taste: 4.25 | feel: 4.25 | drinkability: 4.0