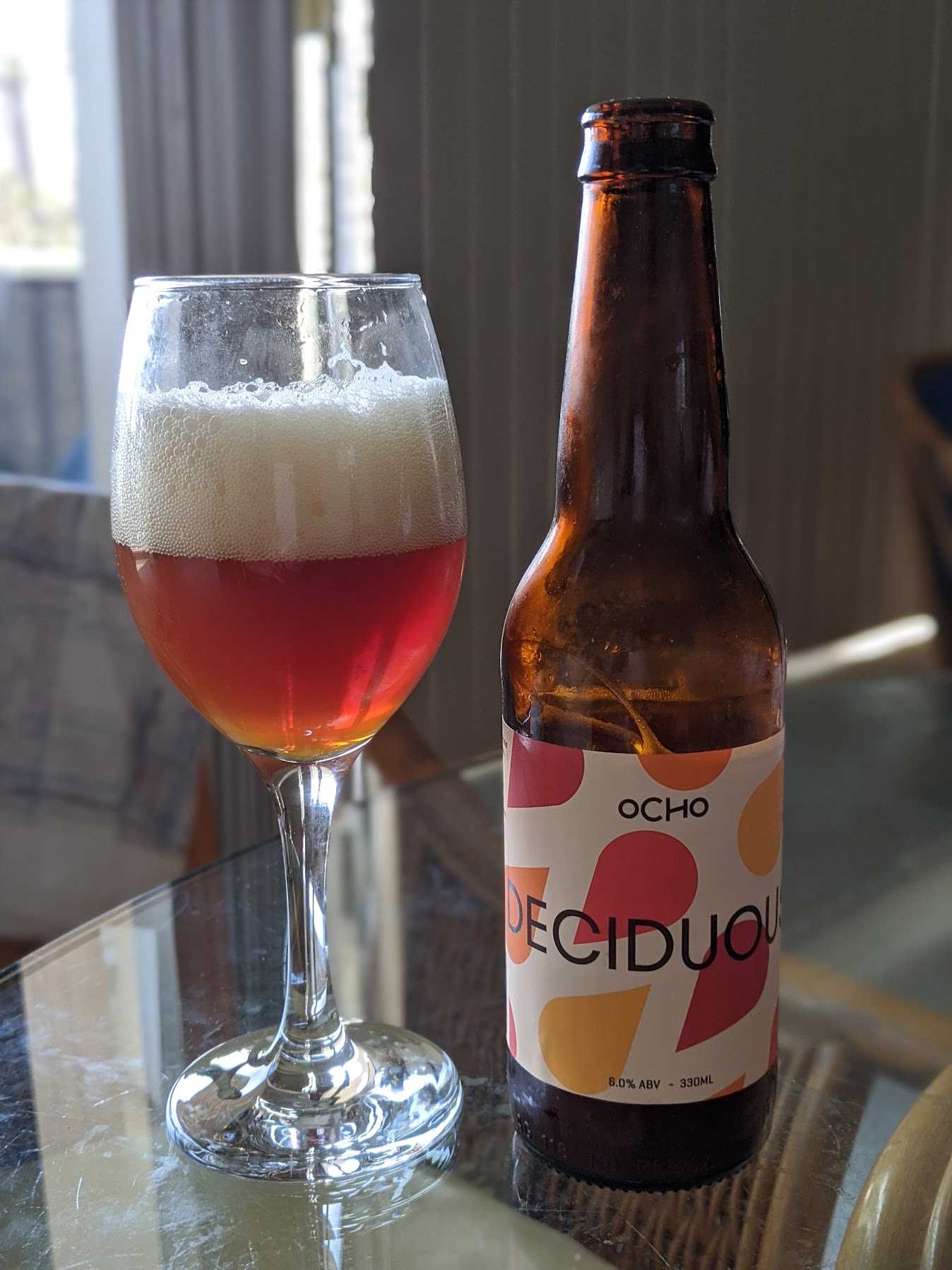 330ml bottle, I've no idea where this came from, but I found it in my beer cupboard. It could be quite old. This is a Rye IPA, specifically.

Nose does suggest age—it has the mildly metallic aroma of oxidised hops, but weirdly this works with a sharper, more shadowy grain character from the rye. There are notes of wet paper and formic acid, but a suggestion of full-bodied malt underneath to support it. In some ways, it now comes across more like a roggenbier, without the yeast characters.

Flavour is weakened a fair bit by its age. I suspect it's lots a lot of the hop character which would balance it, and moreover, that oxidation character has really flattened and bruised the malt. It does indeed taste rather metallic, with copper and aluminum foil noticeable, plus a kind of flat character on the back like chewing cornflour. Feel is also now overcarbonated, making the beer feel bloating and fizzy.

Overall, this is probably on me for putting a rye IPA towards the back of my beer cupboard. But to some extent, it shows the advantages of adding something extra to your IPAs. This could have been worthless had it been entirely based around its hops, but the added rye and malt complexity in general gives it some sense of longevity.
appearance: 3.5 | aroma: 3.5 | taste: 3.0 | feel: 3.0 | drinkability: 3.0
Winter IPA
6.5% American IPA from Ocho Beer Co
Overall:
62 / 100
(Decent) 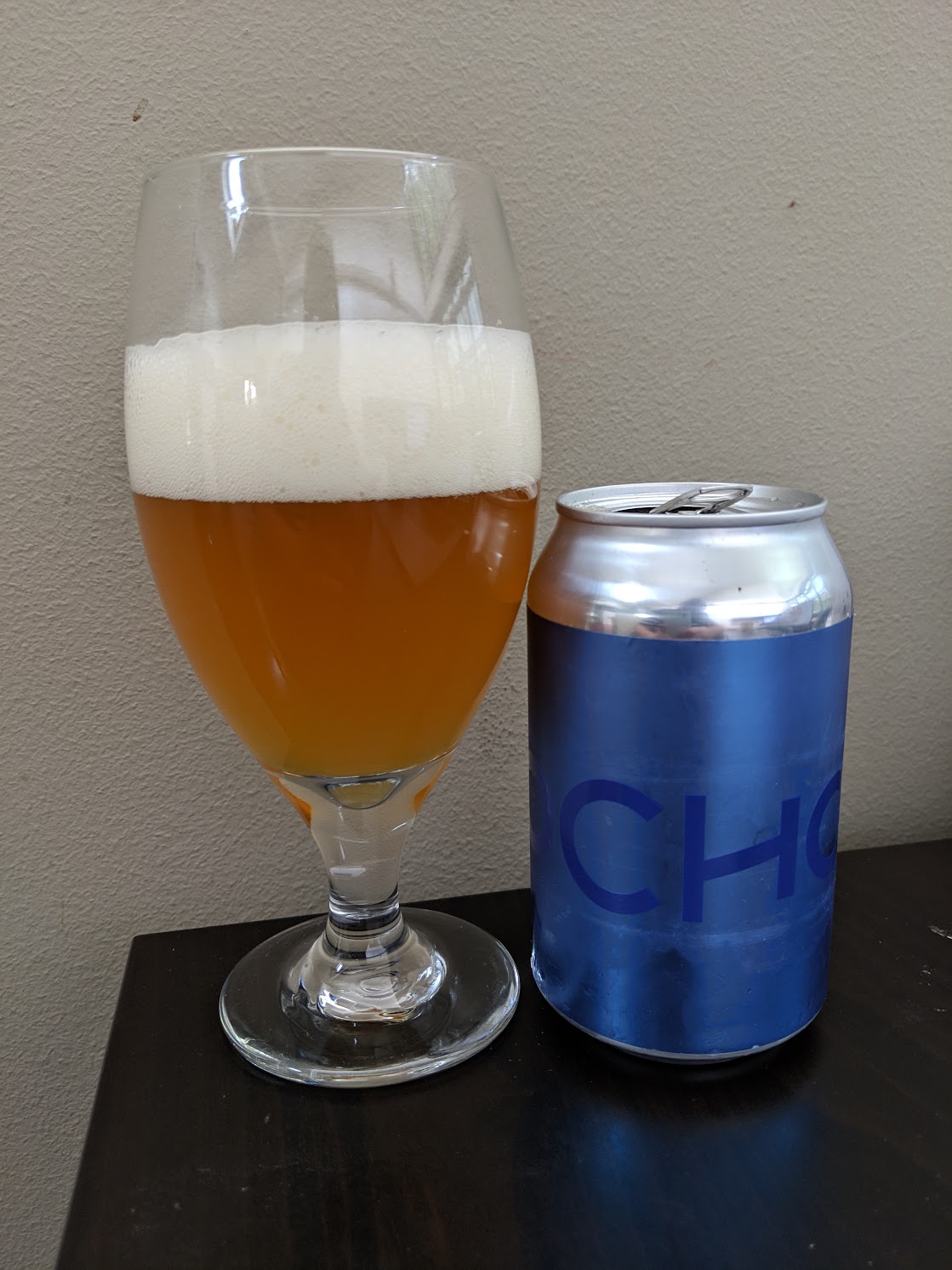 Beer #2 of my 2018 Advent Calendar curated by Sam. Reviewed blind.

Pours a slightly hazy golden colour, with a very large rocky head of off-white, that crackles with large bubbles, but stays a messy foam. Lacing forms in chunks. Carbonation is swift, but it looks like it's used up much of its oomph in creating that head.

Nose is quite pleasant. Bright, crisp hops—mainly based around citrus, with a strong suggestion of earthiness underneath. I mostly get lemon and orange, with a touch of rubbed grapefruit skin. There's also a touch of chlorine underneath it as well, which adds to the brightness. Nice stuff.

Taste is crisp and sharp. It's very dry on the back, with a lack of anything to balance a rather strong astringent bitterness. It feels biting and slightly metallic in the finish. The aroma of the orange comes through in the front, but the flavour disappears quickly as the body falls out. It just feels unbalanced.

Feel is dry with a bite from the hops in the finish.

Overall, it's nice enough, but there's a lot of bite on the back without much to support it. It's aggressive at least, which is interesting when the trend is towards loads of late hops and very little bittering. But I'll admit that it does somewhat detract from the drinkability.
appearance: 3.75 | aroma: 4.0 | taste: 3.25 | feel: 3.25 | drinkability: 3.5
Flemish Sun
6.2% Belgian Blonde Ale from Ocho Beer Co
Overall:
67 / 100
(Solid) 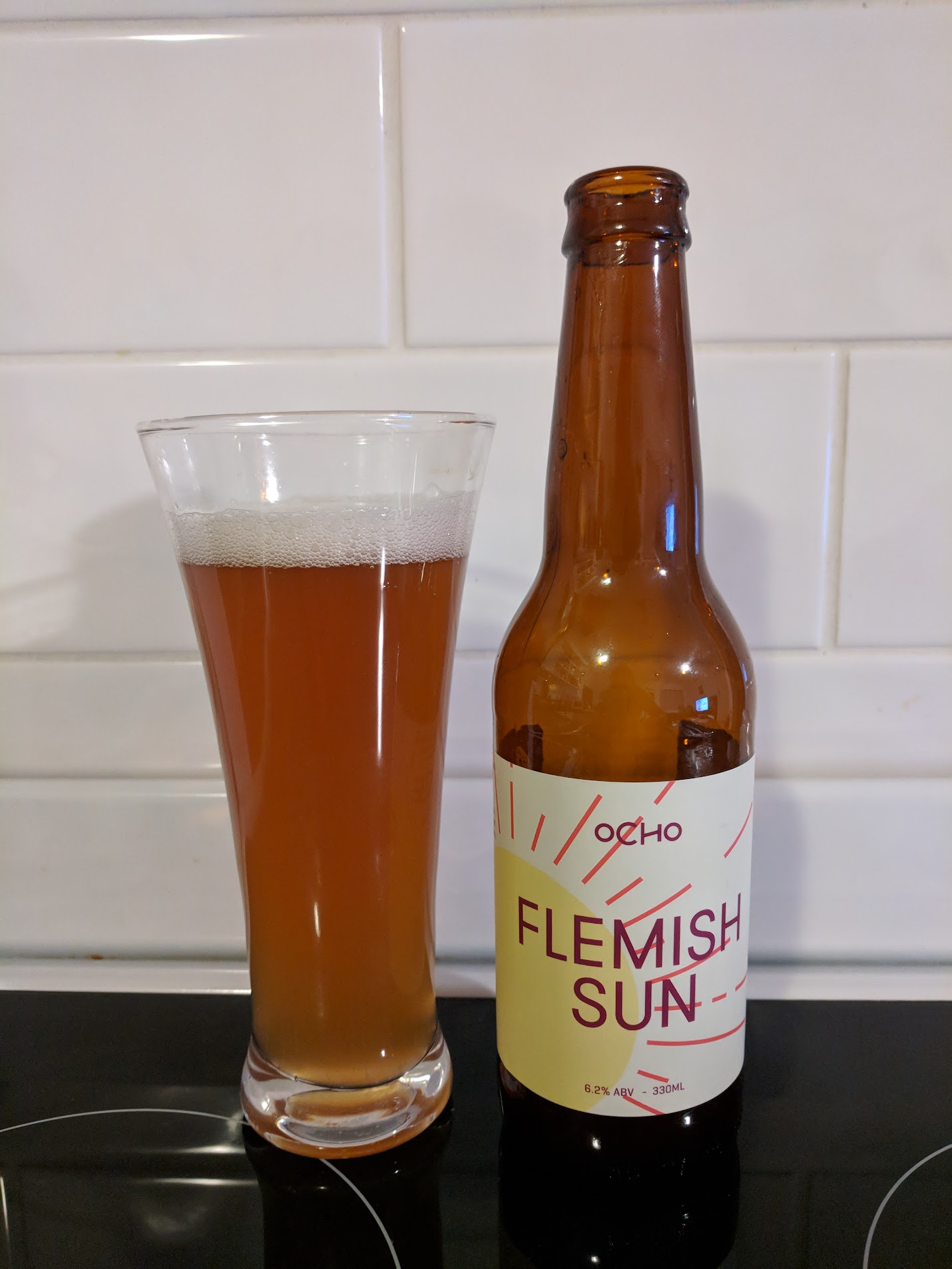 330ml brown bottle purchased from Slowbeer. They call this a "hoppy Belgian blonde", and they're not shirking the hoppiness.

Nose is surprisingly sharp—with the Belgian yeast characters I have to fight against the feeling that it's acid funk. Instead, it's possible to recast this as hoppiness (spoiler alert: there's no tartness on the palate, which makes these mental gymnastics easier). It's an earthy, herbal hoppiness though, with characters of blackberry leaf and crushed briar. And that rounded yeasty note lends a slightly fatty character. It's interesting, to say the least.

Taste is also a little bit offputting, but in a way that always maintains my interest. It's light and round on the entry, with a suggestion of sweet Belgian esters and neutral malt. In the mid-palate though there's a strange conflict between the yeast and the herbal hops, which leaves an amalgam of hay and dung. Fortunately, this is cleaned out slightly by a spritz of carbonation and a brighter hoppy herbal note in the back. Finish is lightly bitter, with a crispness from the hops which creates a punctuation mark.

Feel is smooth and light, but with a frothy fullness from lots of fine carbonation.

Overall, I'm intrigued—it's honestly not a beer that I particularly love, but there's such an intriguing balance of characters that my interest is piqued. I'll definitely keep an eye out for what other beers these guys do.
appearance: 3.5 | aroma: 3.75 | taste: 3.75 | feel: 3.75 | drinkability: 3.5