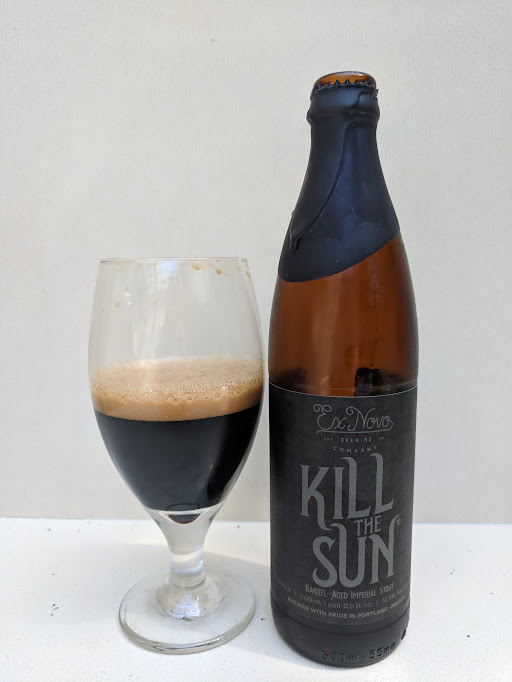 500ml brown wax-capped bottle purchased from The Willows Market in Menlo Park, CA. Shared with Sam and Rich back in Sydney.

Pours a surprisingly light-bodie brown-black, with a gauze cap of honeycomb-brown that leaves specks of lace. Carbonation is restrained but fine. Body is really surprisingly light. It looks like a beer of a much lower ABV than this. Otherwise, it looks pretty good.

Nose is a little raw. It has a lot of greenness to it, giving some hay characters and a slightly floral quality. There's definitely a bit of rose to it, and some notes of peppery mulch. It needs a bit more of a heavy sweetness, or something else to smooth it out.

Taste is light as well. Again, there's a floral character to it—it's almost jasmine or geraniums. It has a heady, earthy quality to it. It's very thin and light in the body. This does let some peppery characters through on the back, which give some tannins and characters of aged cabernet.