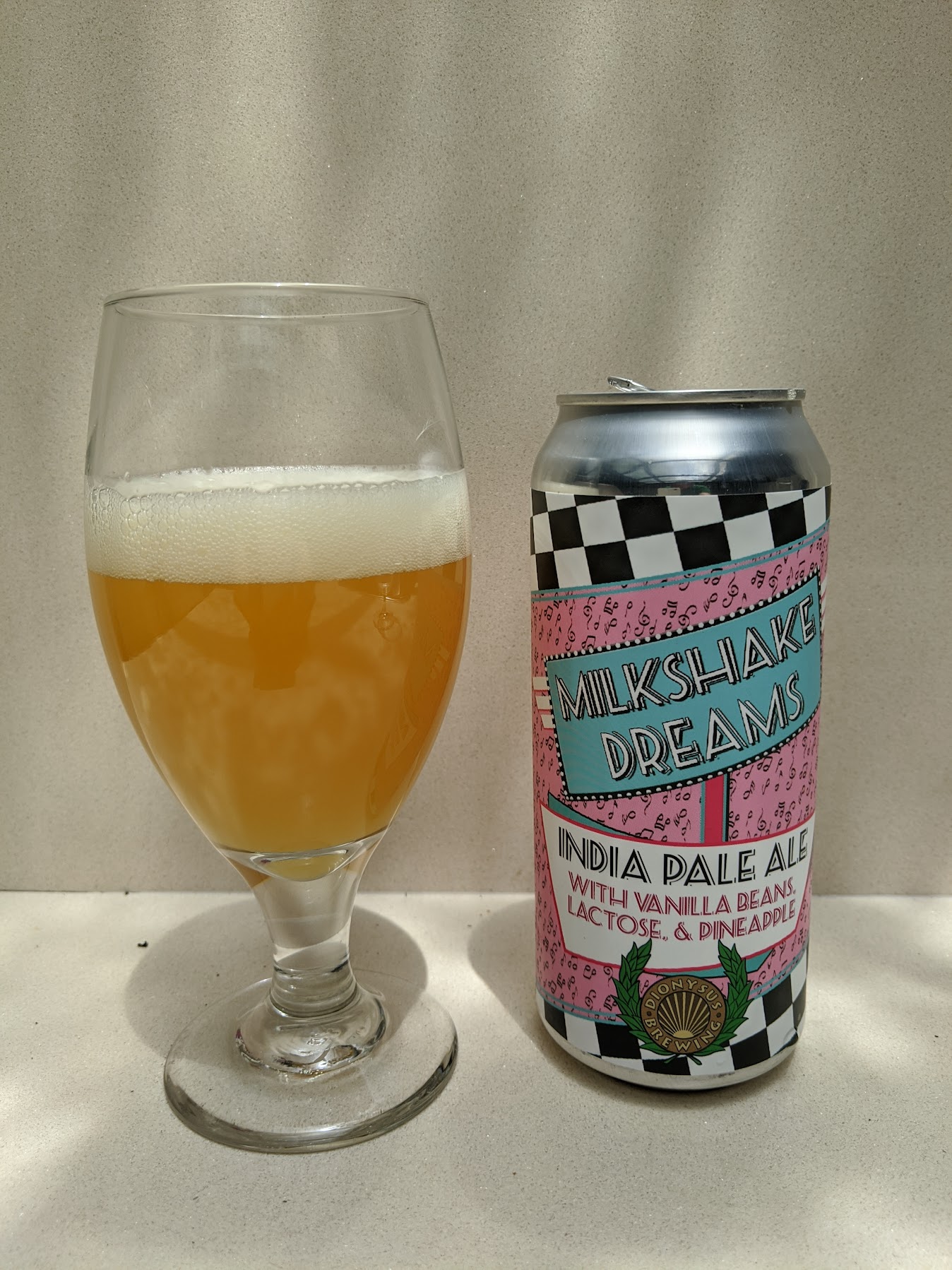 Pours a suitably hazy pale peach yellow colour, with a frothy head of white that ifzzes a bit more than I like for the style, and settles quickly to a fine film. Body has a bit of smooth weight, and the carbonation is minimal after the initial burst. Looks pretty good.

Nose is quite pleasant. It has a rich vanilla sweetness which is nicely cut by bright pineapple characters, and there's suggestions around the back that there's pleasant notes from the hop aromas as well, but they're well-and-truly outclassed. It certainly delivers what you want from the description.

Taste is also very nice. In fact, it's clever, because it starts out smooth, with pineapple, vanilla and lactose the main elements, and these run the risk of petering out and leaving an empty finish. But instead, there's just a bit more hop character—this lends an almost nutty character to the beer in the finish, which both adds balance and interest. Moreover, it's a character which nicely fits with the rest of the beer.

The feel is okay, but it's actually a little bit thin and light, with a bit of fizz on the back. I could imagine this being very pleasant on nitro, or on tap with just a little bit less carbonation.

Overall, though, it's a very pleasant milkshake IPA that definitely does what it says on the tin. It's not the top tier of the style, but it's a well-executed example.