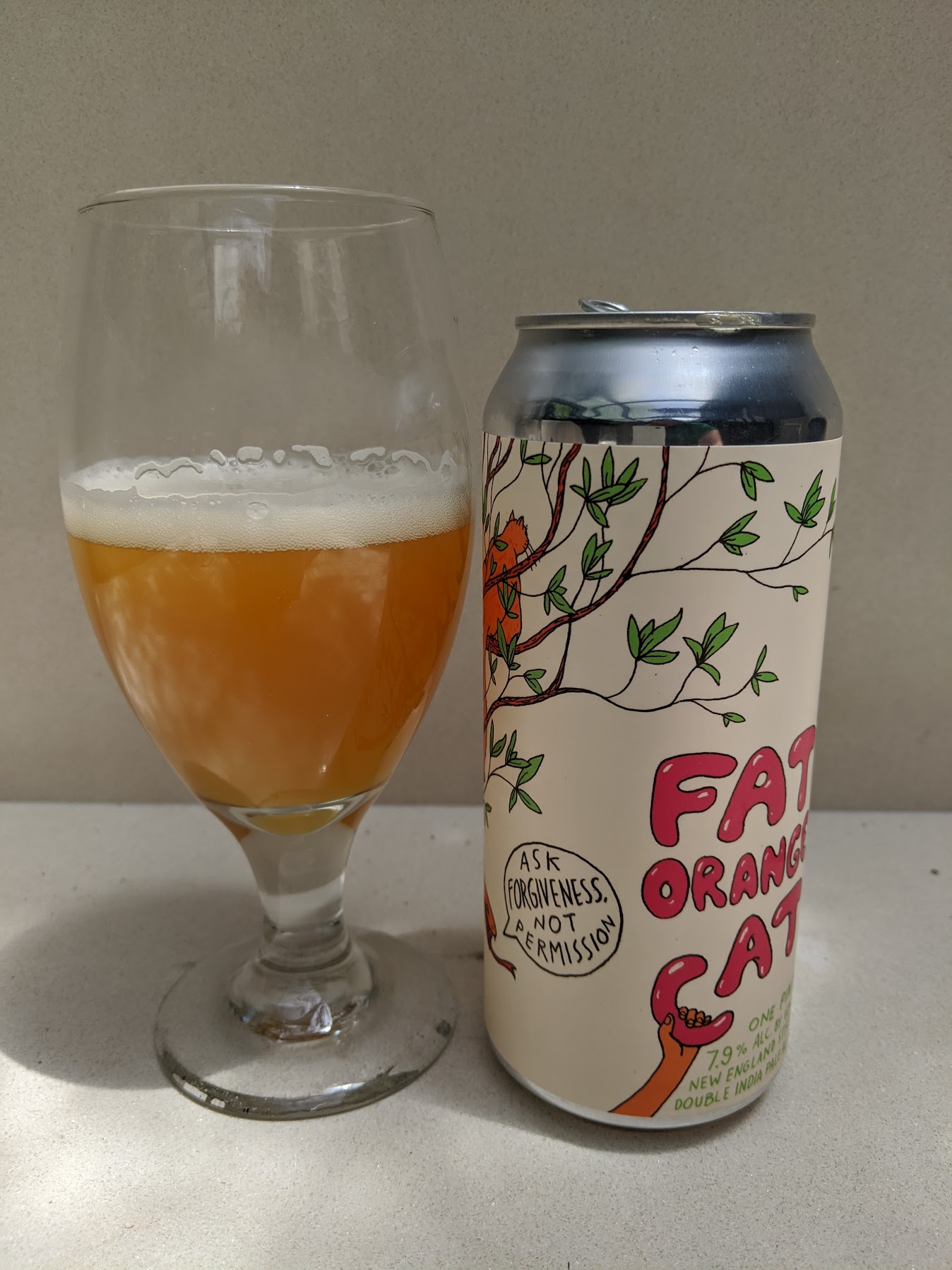 Pint can purchased from K&L Wine Merchants in Redwood City, CA. Shared with Sam back in Sydney.

Pours a very hazed, deep golden colour, with a fuzzy head of offwhite that leaves fine, speckled lace. Carbonation is soft and slow, but formed of larger than expected bubbles. Body is firm enough, but with a good fluidity to it.

Nose is quite pleasant, with an emphasis on orange juice citrus fruitiness. It has nice notes of pith and rind, and underlying sub-notes of banana leaf, pandan and chestnuts. Smells good.

Taste is also pretty good. There's a slight chewiness to it, which helps accentuate the sweetness, but the carbonation stops it from being cloying. The main flavours are pithy orange—again, it takes those sharper tones, and almost has a bitterness you don't expect for the style. Finish has a slight green grassy character that you sometimes get with NEIPAs.

Alcohol is well hidden though, and it doesn't feel sharp, nor does it feel overly heavy.

Overall, it's a pretty tasty NEIPA. The bitterness on the back does detract from it stylistically, but it's still a relatively pleasant beer overall—the bright citrus fruit tones of a NEIPA, with a bit of bite to back it up.
appearance: 4.0 | aroma: 4.0 | taste: 3.75 | feel: 4.0 | drinkability: 3.75