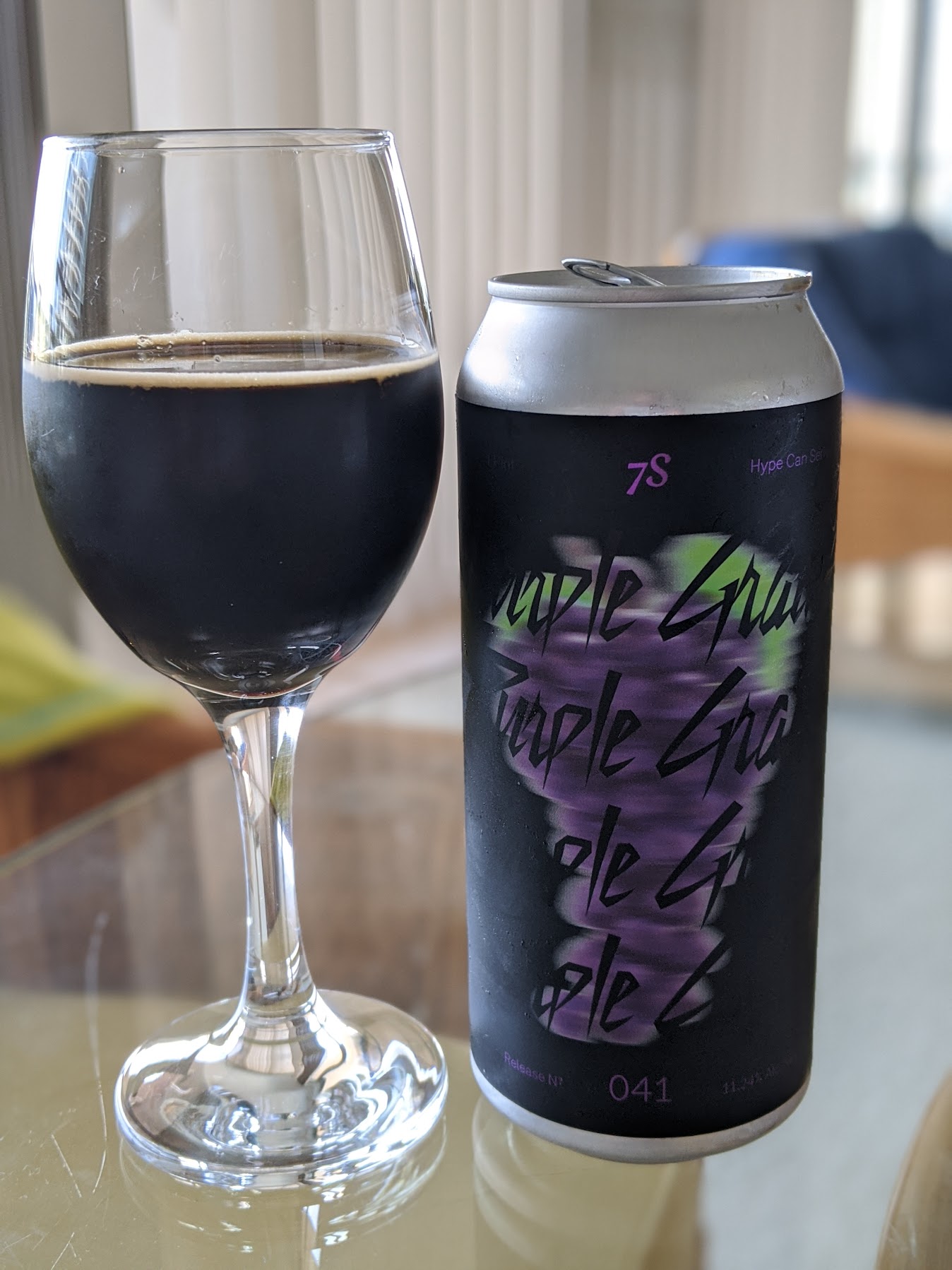 Pours a dark brown colour, not quite as deep as the style suggests, and looking more like weak coffee at the edges. Head forms a foamy, loose-bubbled crest of beige to begin with and then settles out to a mild ring. Body looks fairly light given the booziness of the beer. Carbonation is lovely and fine though.

Nose is interesting, but also strangely generic for a beer with so many adjectives in its style. There's a dominant chocolate malt character, which gives cacao and a mild dusty quality, while there's just a touch of dark acidity from the wine grapes. Earthy is perhaps the better term for that dark, dusty element, and it becomes earthier still as it warms.

Taste is passable, but honestly, it's not amazing. It suffers from a common problem of high gravity beers that don't have enough residual sugar to them, which is that you taste the booze without the flavour profile warranting it. In turn, the harshness of the booze on its own sets off perceptions of bitterness from the roast, and tannins from the grapes. Otherwise, there are pleasant notes of toasted coconut towards the back, and a dusky concord grape and chocolate finish.

Feel is light, too light for the weight of the beer, and it also probably harms it in terms of not cushioning the flavours.