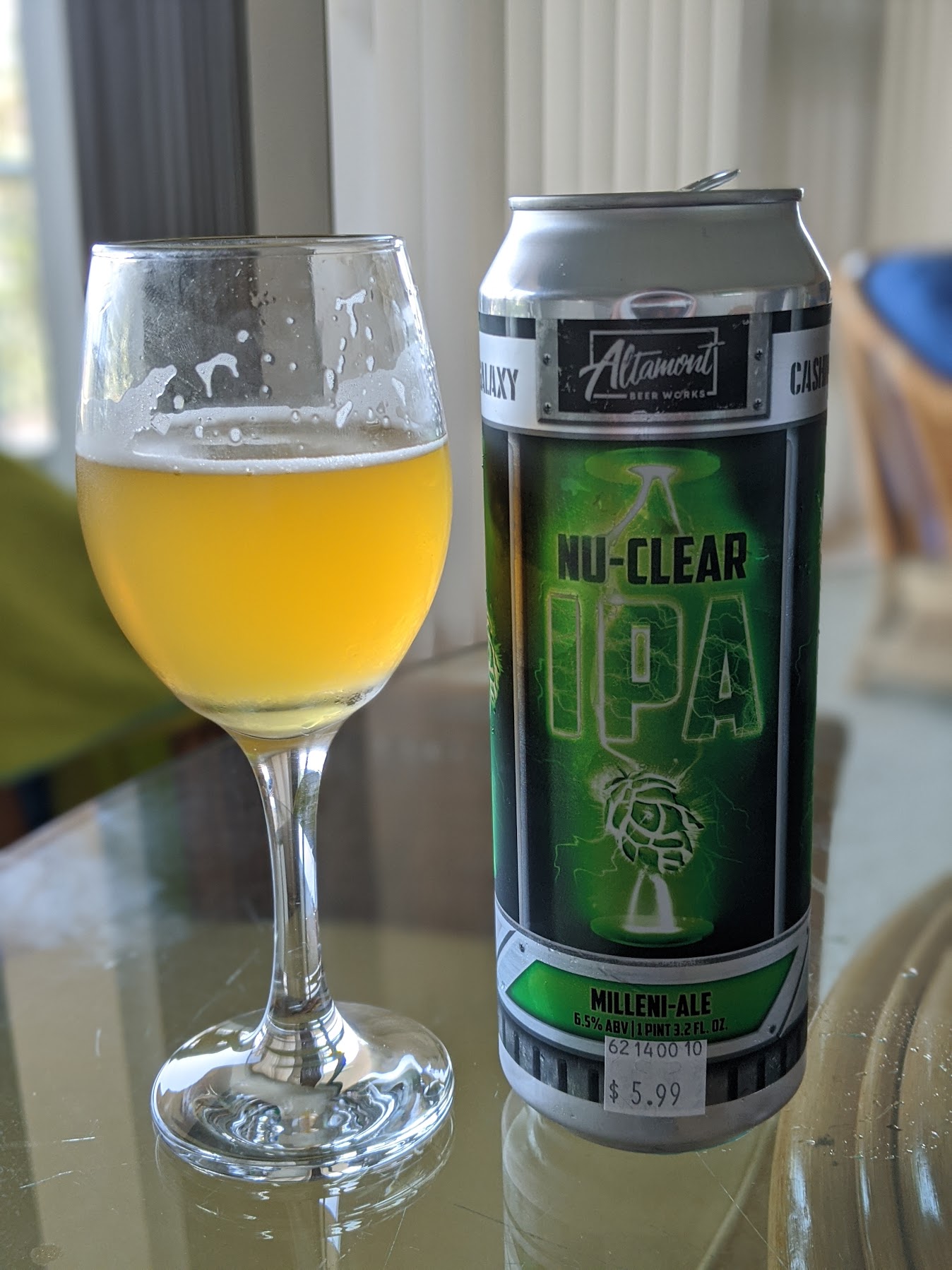 Imperial pint can, purchased from Santa Clara Liquors in Santa Clara, CA. Brewed date of October 2019—at least I hope it's the brewed date and not the used by date.

Despite the name, the pours not at all clear, but a very hazed bright yellow colour. Head is slightly sudsy, but is a persistent ring of white that leaves good, speckled lace. Body is light but with a bit of a sheen to it. Carbonation is coarse, but slow-moving. Looks decent, unless you expect it to actually be clear.

Nose is, honestly, very underwhelming. It has a firm cereal quality to it, giving a strong aroma of corn and rice, which is only slightly mitigated by a greenish hop presence. Indeed, even this is slightly earthy and weedy, giving a vegetative quality which somewhat exacerbates the graininess. I'm honestly quite unimpressed.

Taste is the same, or worse. In fact, here, the suggestion of cereal adjuncts is more prominent, because it's got such a thin, weak body. It allows these cloying sweet cereal characters to come through quite strongly. The hops do some work to try to dover it, but that actually backfires in some ways, because you get a light citric acid character that morphs unpleasantly into wet corn towards the finish.