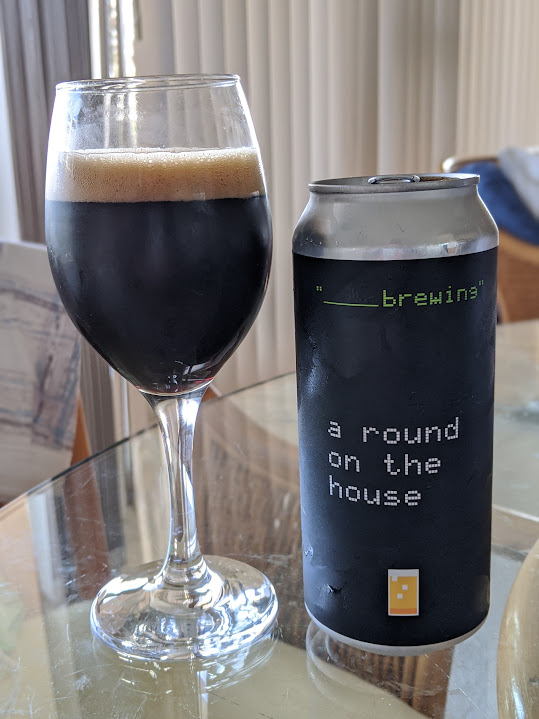 Pint can purchased from Santa Clara Liquors in Santa Clara, CA. This is a milk stout with cacao nibs added.

Pours a firm deep cola brown, with a slightly coarse-bubbled head of beige foam that leaves excellent lace. Body is a tad lighter than the 8.5% ABV suggests, and the carbonation is also swift. It does look light compared to what I was expecting.

Nose is relatively pleasant, if not overly complex. There's a firm structure of malt to it, giving toasted grains, mellowed by a mild cocoa choc sweetness. There are some undertones of vanilla and lactose, and mild aromatics that suggest carob and kola nut.

Taste is decent enough. There's a firm semi-savoury dark malt presence throughout, which walks the line between goopy chocolate and overcooked toast. But it's very light in weight. There's minimal residual sugar, meaning the beer feels thin, and also meaning that the beer loses the ability to express deeper complexities if they're there.