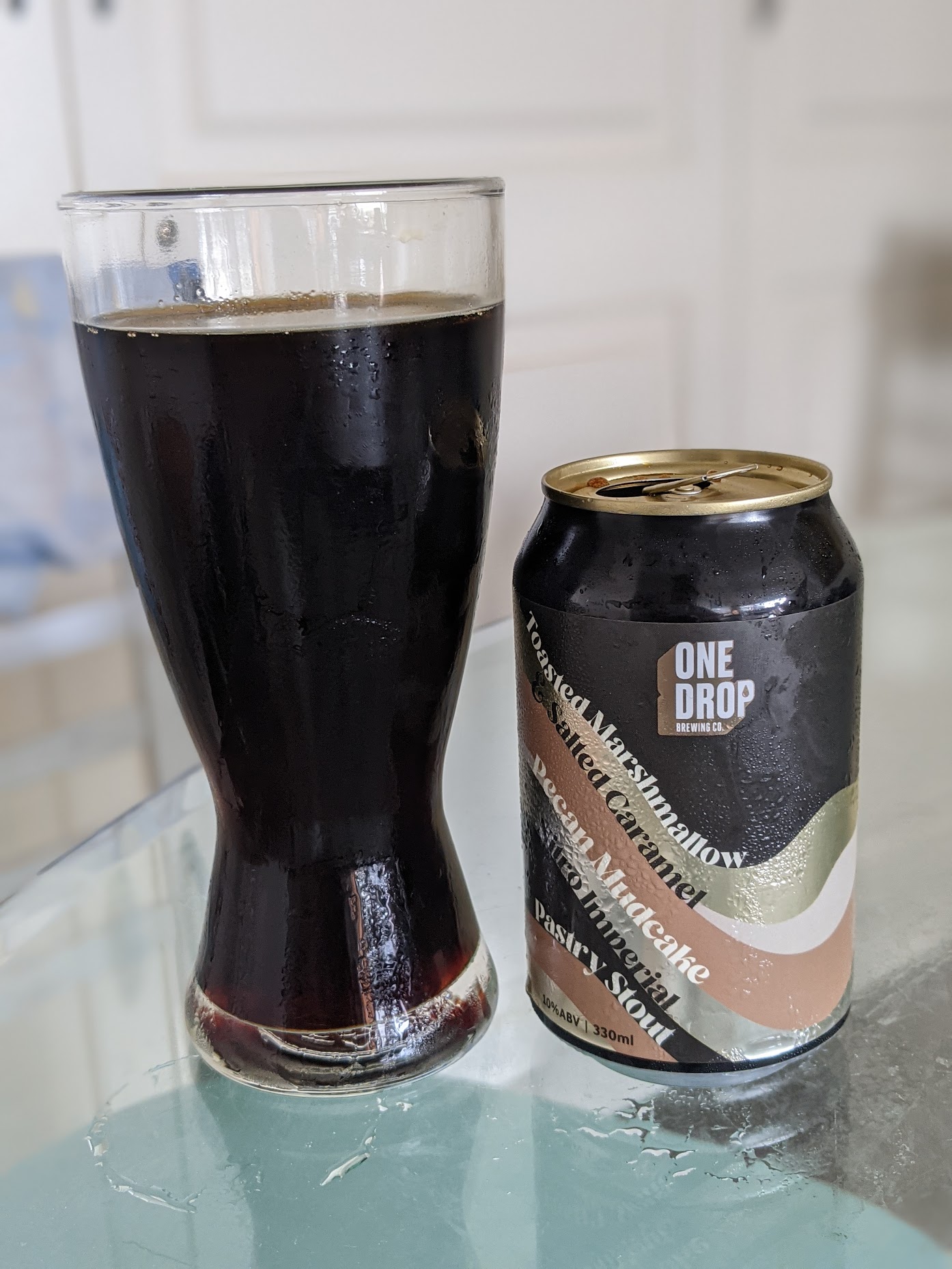 330ml nitro can from the 2020 Carwyn Cellars Canvent Calendar. It poured beautifully, but I let it sit too long to settle and ended up missing the nice creamy head.

Initially pours with a beautiful nitro reverse cascade, but ends up looking like a rather still oily black-brown, with almost a greenish tinge at the edge. Head was pleasant chocolate brown to begin with, but ends up non-existent. Body is solid, but the nitrogen bubbles are gone after just a few minutes sitting around.

Nose is pleasant enough, but the characters are really jammed together. I do get some subtle aromatics of marshmallow, and definitely some deep chocolate notes. There's something nutty to it too—so I can't fault it really for being the wrong characters that aren't on the label—but it is a bit of a mess. That may be a mess in conception rather than execution though.

Taste is a little strange. I suspect, to some degree, all of these flavours are jockeying for space and there's a real mishmash as a result. Instead of the pleasantly distinct characters, there are clashes that lend characters of marzipan, pistachio and liqueur. It's boozy, so that's part of the issue, and you can taste the booze. Finish has a kind of sludgey cake-batter character—like the nose, it's not wrong, given what they promise. But it's not necessarily successful as a beer.

Yeah, I'm torn on this. It succeeds reasonably well at providing all the manifold characters they promise, but at the end I'm left asking "why?". It has a surprisingly cacophonous feeling to it in the end—I guess you could have predicted this at the start.
appearance: 3.75 | aroma: 3.75 | taste: 3.25 | feel: 3.0 | drinkability: 3.5