Pours a lovely deep dark brown with a fineness to the body that leaves a thin bead of carbonation. Head forms a pretty fine ring of pale beige that stays persistently, but doesn't leave much in the way of lace. Overall, it looks pretty solid.

Nose is very pleasant. Toasty cacao character gives a dusty chocolate note, mingled with a faint Belgian yeast character that almost suggests a touch of farmhouse-like acidity. As it warms, there's a fairly pleasant nutty quality that comes through as well, which gives a nice warmth to the structure of the aroma. Very nice.

Taste follows a similar pattern, and here the lightness in the appearance, and the slight saison-quality of the nose really makes a lovely addition to the palate. Chocolate notes evanesce around the edges, while the yeast flavours give a touch of cherry or dark berries through the centre. It's very light and frothy towards the back, leaving it remarkably smooth, if a bit empty in the finish. I like it a lot.

This is a really cracking brew. There's a lovely use of the French farmhouse style in a beer that's mostly just sweet and rich—it makes it really approachable and drinkable. This really works well as a whole.
appearance: 3.75 | aroma: 4.0 | taste: 4.25 | feel: 4.0 | drinkability: 4.25
La Petite Princesse
2.9% Saison from Brasserie Thiriez
Overall:
68 / 100
(Solid) 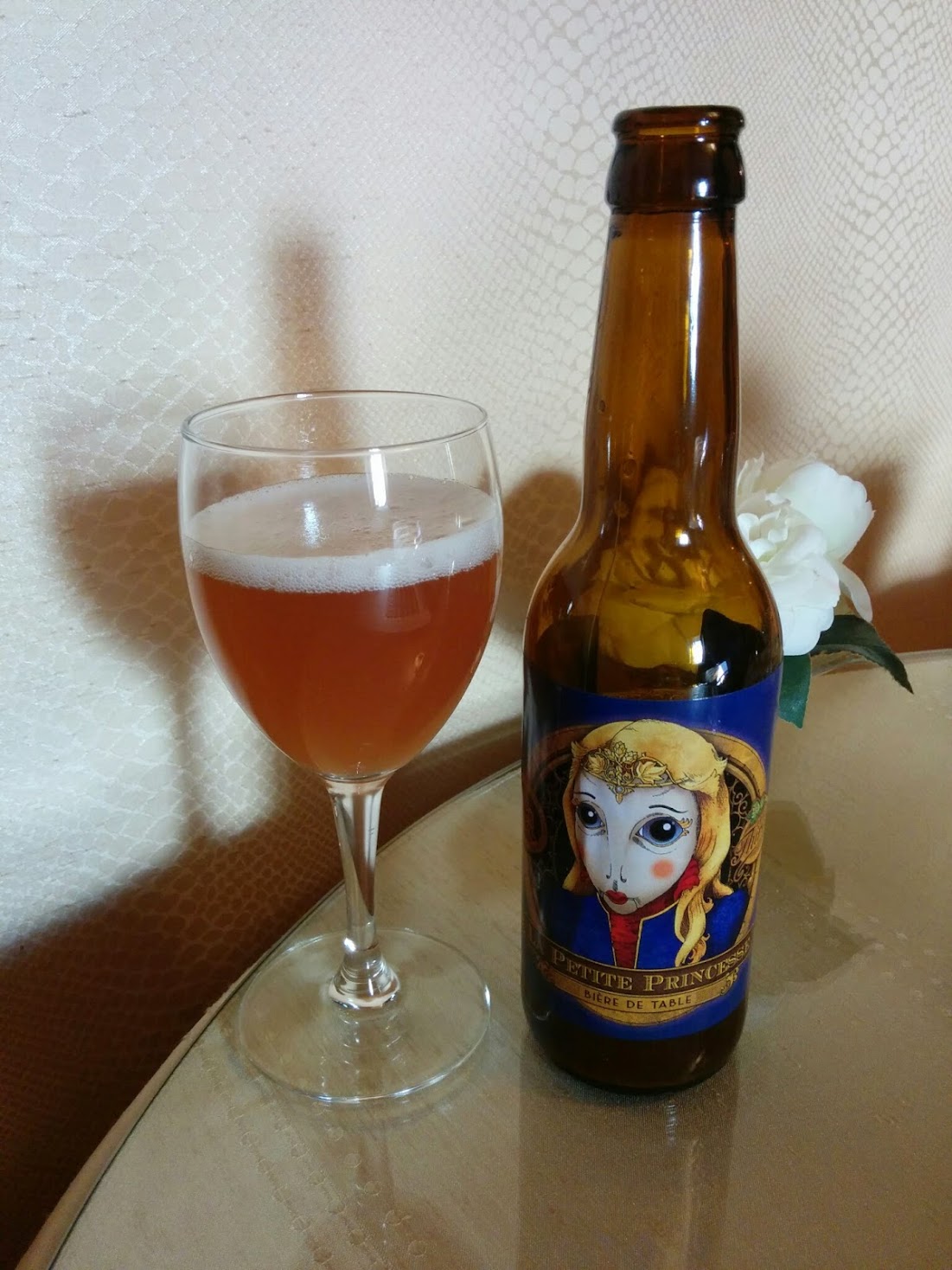 33cl brown bottle purchased from Cave à Bulles in Paris. A collaboration with Jester King, and a somewhat counterpart to Jester King's Petit Prince. Drunk at my hotel in Amboise in the Loire Valley.

Pours a very hazy blonde colour, with a hint of pink to it. Head forms a frothy, insubstantial mass that settles out to some fine-bubbled lacing. Body is very light, not unexpectedly. Looks pretty good though.

Nose is really very pleasant, if quite restrained and light. Pleasant yeasty characters of dry cider, a little pepper and dust, and some other restrained fruit characters. There's not a lot going on, but it gives the sense of a very refreshing beer.

And refreshing indeed it is. Clear, light palate of mild fruity tones balanced by a slight earthy bitterness that gives a little fruit skin and herbs. Peppery tones finish it off, with that earthiness still forming the bulk of the beer. Again, it's limited in what it can achieve at only 2.9% ABV, but it still does pretty well for what it's got. 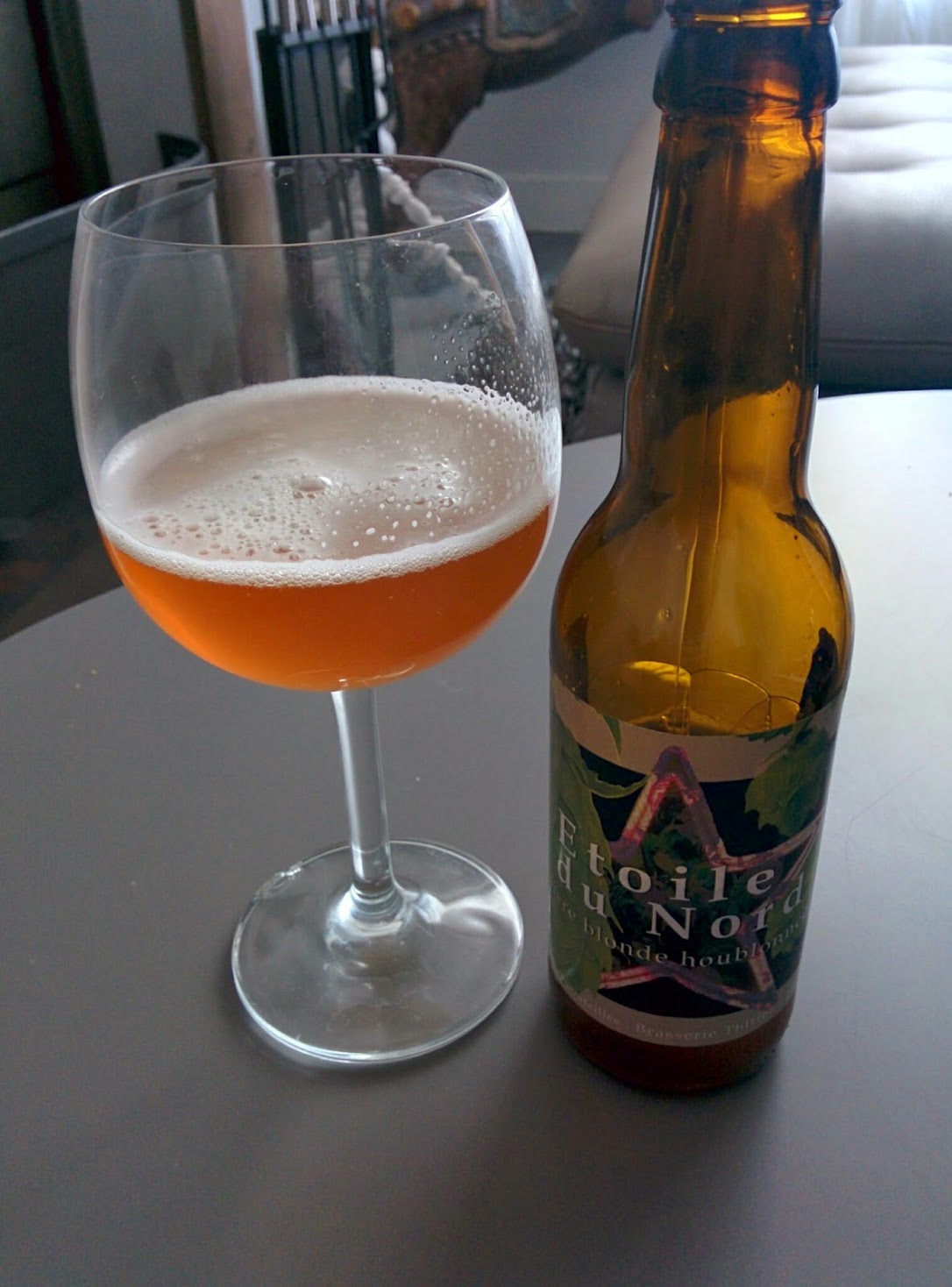 Pours a bright, slightly hazed golden colour with a bit of orange in its depths. Head forms a solid fine film that leaves great, intricate lace. Body is quite fine but light, and holds powdery carbonation. Looks good.

Nose is dirty, earthy and vegetative: exactly the sort of robust characters you get from slamming a beer with stacks of European hops, and I love it. Freshly snapped celery, wet soil, mushroom mold, with a lilting fragrance from the yeast that makes it a bit sweeter and fruitier. Great stuff.

Taste starts out very clean, but the hop characters here almost come out harsh. Strong tobacco ash bitterness on the mid-palate along with vegetative or bitter herbal notes. Luckily, these clear up towards the back with a fragrant buoyant yeast tone to provide and end to the ash character. The bitterness continues, but it's fortunately very clean by the end, leaving a lingering resinous character that builds up the more you drink.

Feel is light and very clean. It makes it very, very easy to drink.

Don't think I'm slamming the characters on the palate: this is just the sort of bitterness I'm not used to, but it most certainly has its merits, and it's certainly the type of thing I think I could grow to love. Right now, an overhopping with these earthier hops seems like an acquired taste that I don't have, but give me a few more of this beer and I'll probably be extolling its virtues until the end of time.
appearance: 4.0 | aroma: 4.25 | taste: 3.75 | feel: 4.0 | drinkability: 4.25