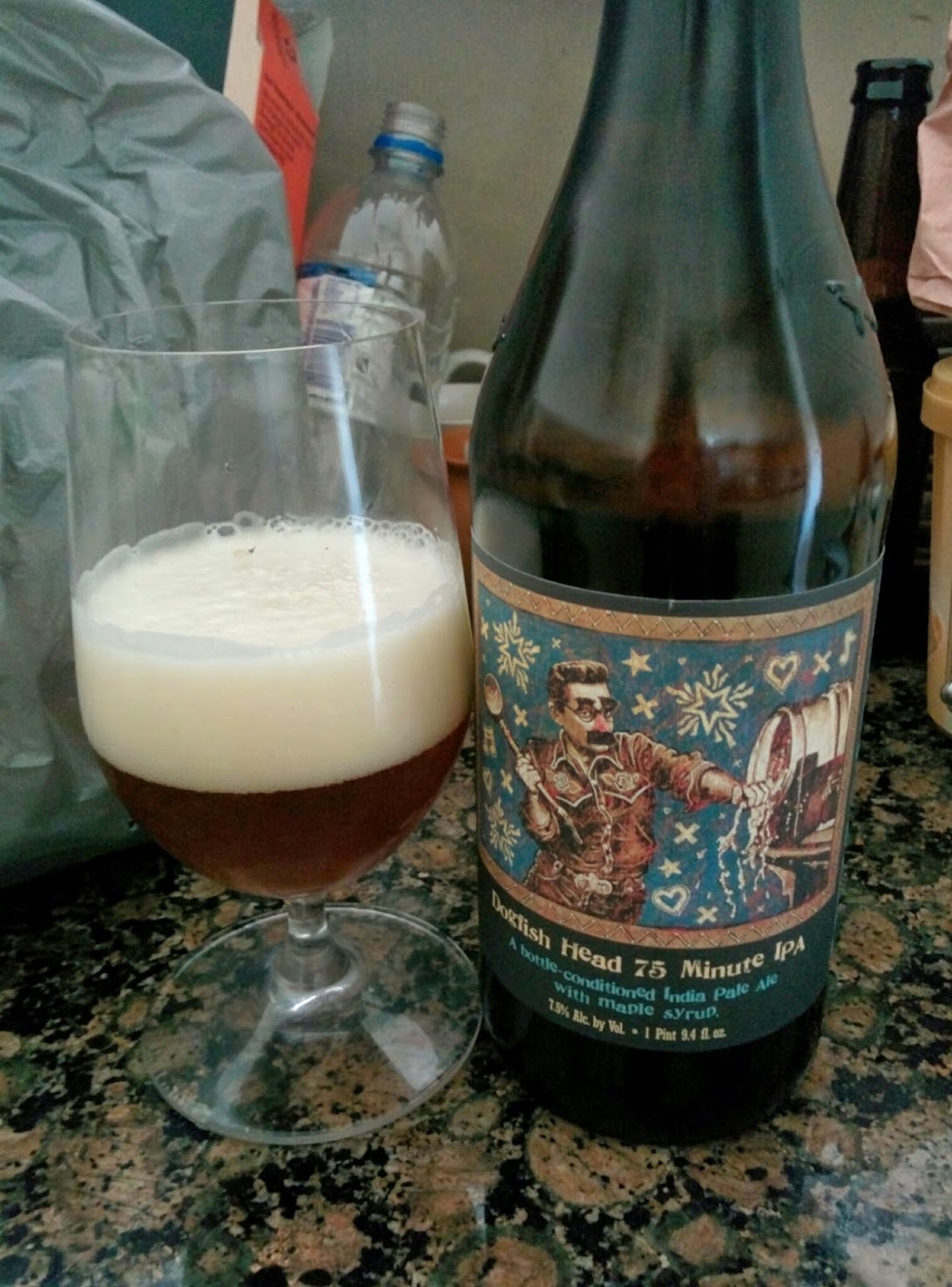 750ml brown bottle purchased from Ales Unlimited in San Francisco. Brought back to Australian and shared with Sam & Rich.

Pours a hazy, rather dark golden colour, like treacle. Head is a huge mass of pillowy white that settles out leaving amazing crackling lace. Body has very solid weight behind it, and holds lots of fine carbonation when tilted. Looks really great.

Nose is a little weak, but with some pleasant if empty hop brightness. There's a slight sugary twang to it, possibly the result of a full fermentation of the maple syrup. Hop character is leafy and slightly herbal, it's quite pleasant.

Taste is probably better. Here there's a solid thickness throughout which provides good sweetness. This is tempered by a slight but distinct bitterness through the back. It's not really very hoppy, but there's some spicy characters which provide an interesting twist. Finish is very pleasant, with a gliding sweetness that smooths over the hoppiness again. Feel is great. Smooth but clean and fluid. 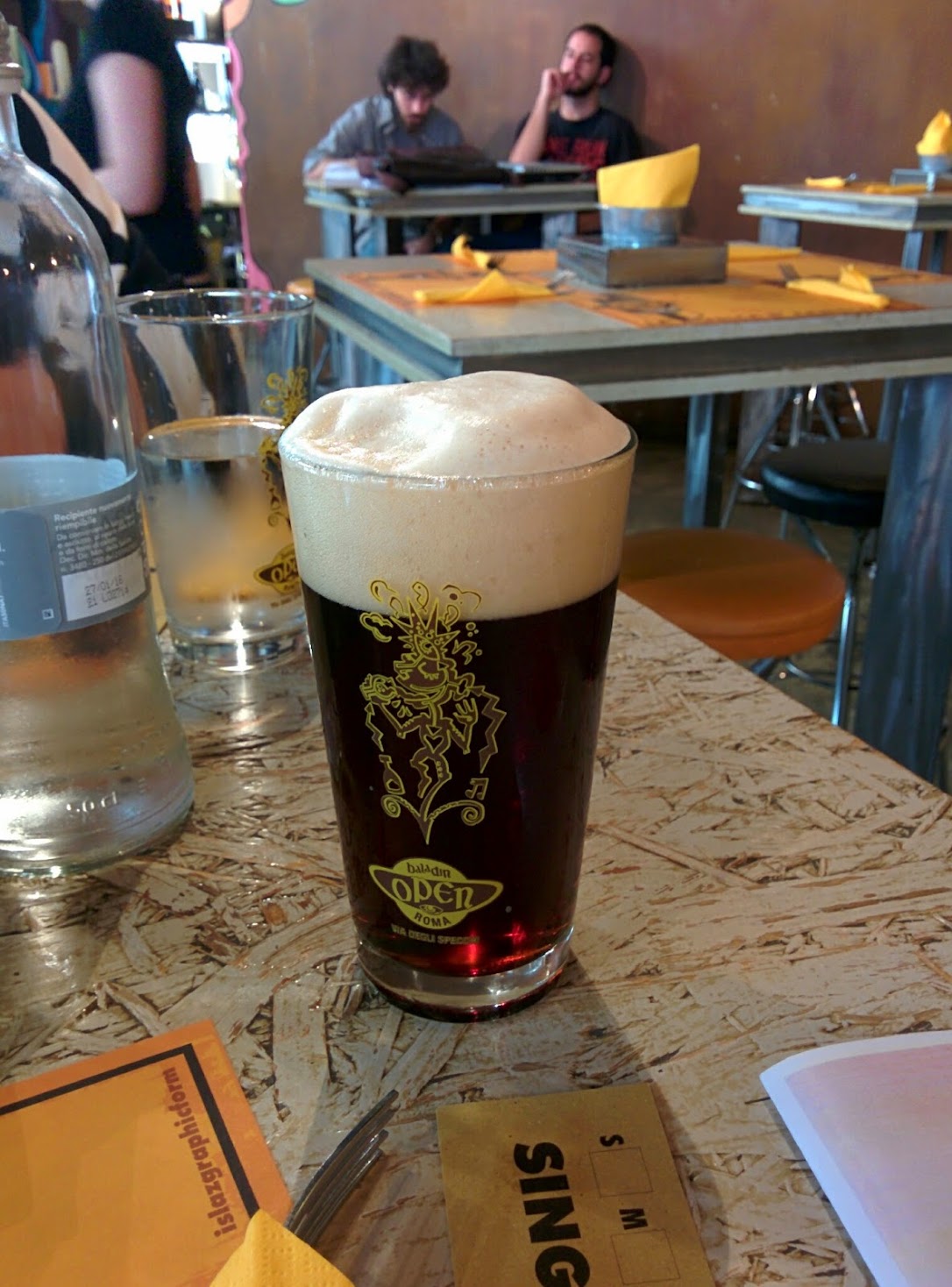 Pours a very dark brown, deep with colour but also very clear. Head is frothy on the pour and quite light, finessing down to a fine lace on the glass and a small, persistent cap. Light body. Fine carbonation. Looks very good.

Nose is dark and spicy. Liquorice comes out strongly along with a slight hint of kirsch. Herbal rosemary-laced hop characters, but mostly it's spicy, sweet notes that makes it up. Malt is on the toasty end of things with a hint of brown sugar. It's certainly interesting.

Taste is lighter, but still rather spicy on the front- and mid-palate. Liquorice is still strong, with a fresher anise character to it, underpinned by some toasty malt. Only towards the back do we get some bitterness. Finish has overtones of molasses. Feel is smooth, but light, belying its weight. 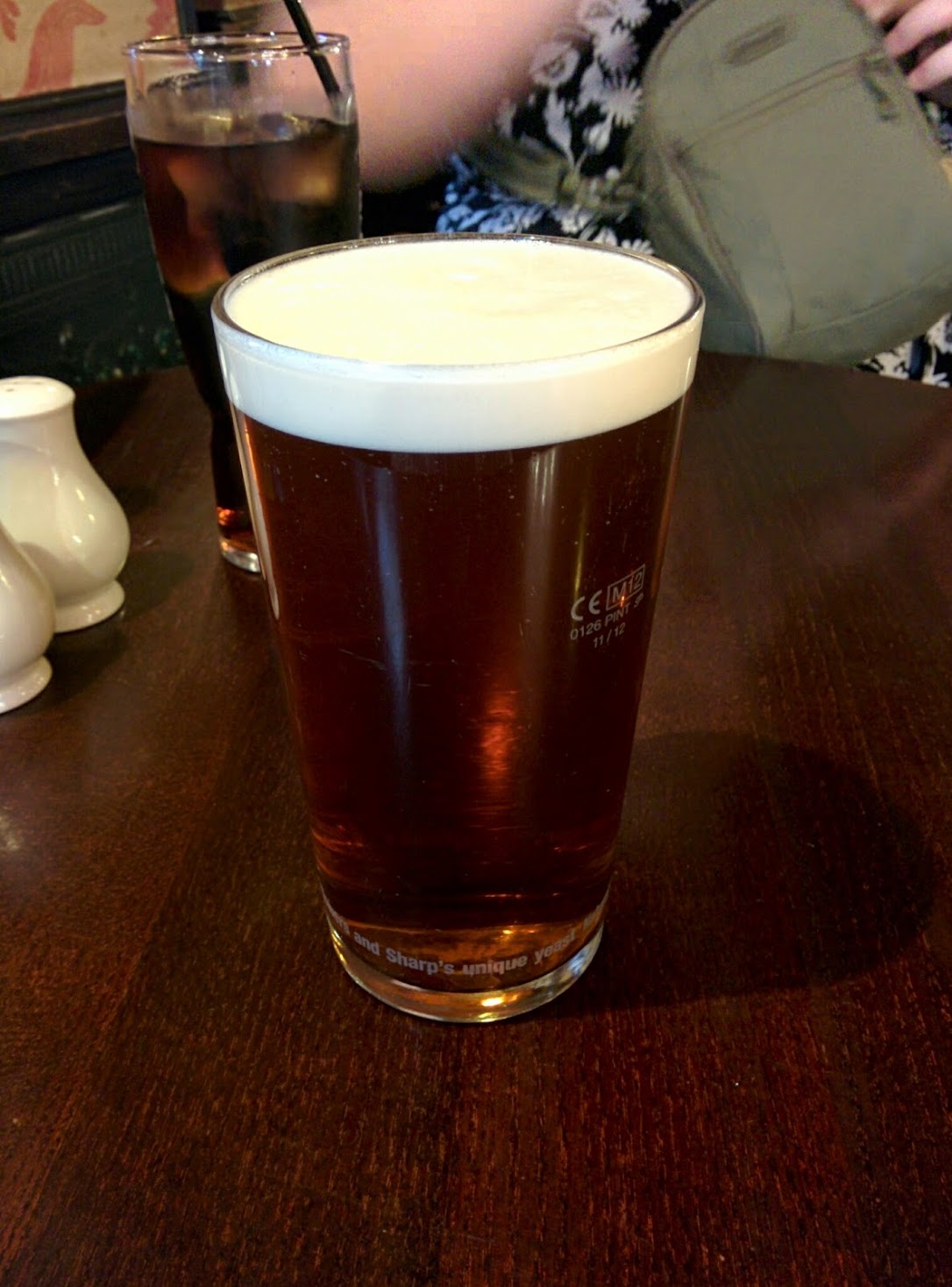 A collaboration between Dogfish Head and Wells & Young from the UK. Tried on cask at the Friend in Hand in Russell Square, London.

Pours a a nice, clear amber hue, with a very solid weight to the body. Head forms a foamy and fine tread, like a thick cask pour. Lace forms streaky, patchy characters. Tilting the glass leaves some fine but surprisingly minimal carbonation. Overall, though, it's a very fine cask pour.

Nose has some mild herbal characters, very much UK in style. Some spearmint comes through along with a light aromatic rosemary. Marshmallow is the main sweetness, with some fragrant green peppercorn. It's not huge, but it's quite pleasant.

Flavour is also fairly light, but with stacks of potential. Light entry, with clear malt, before a tingle of brightness from the hops that provides a vector against the otherwise smooth malt notes. Lingering bitterness comes through. Slight herbal citrus leaf bitterness provides that aftertaste.