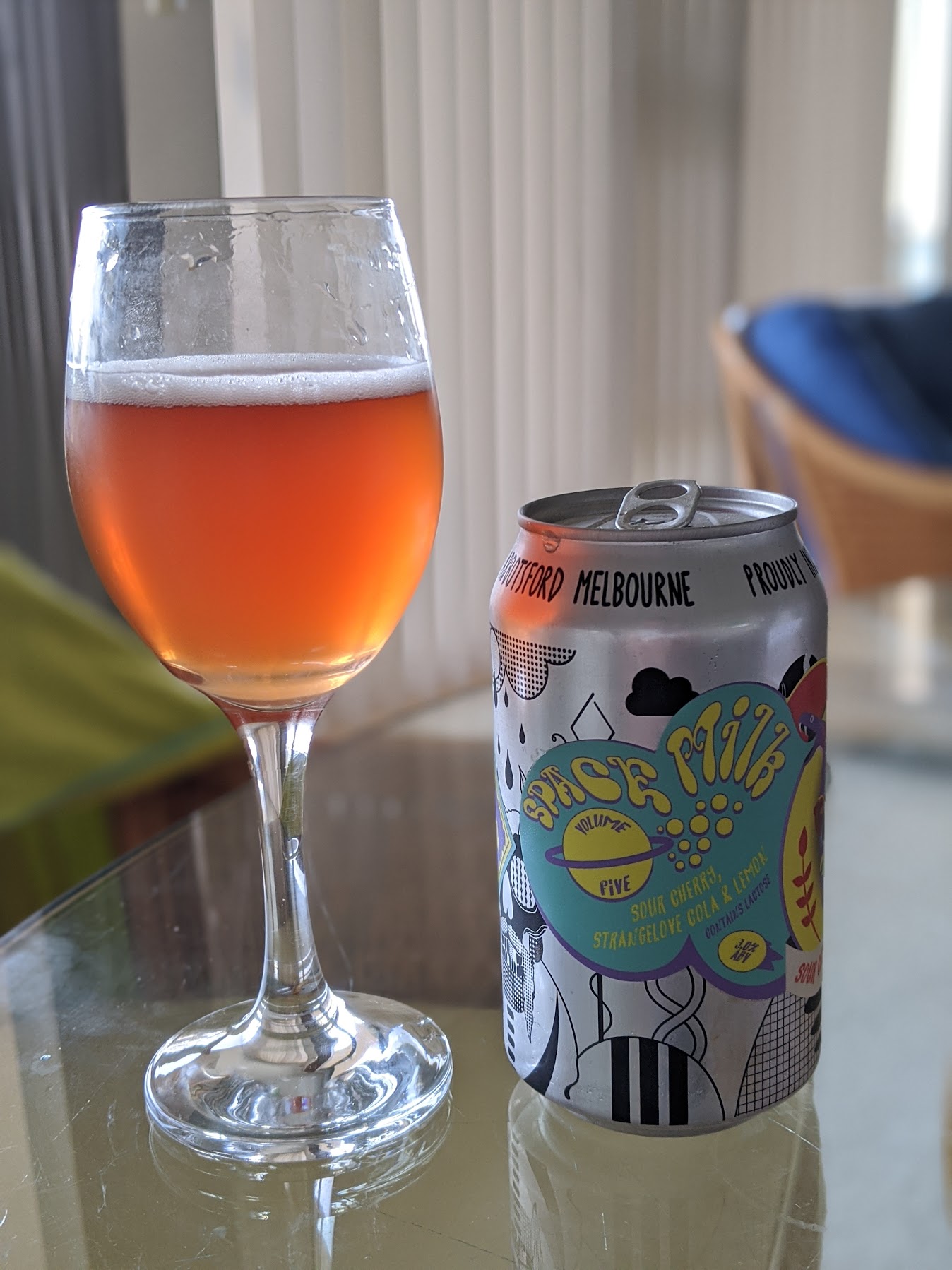 330ml can purchased from Slowbeer. This is a Sour Cherry, Cola and Lemon sour, with lactose.

Pours a rhubarb-coloured hazed golden, with more weight in the body than you expect. Carbonation, in particular, is powery, and released in swirling spirals when the glass is tilted. Head maintains a lightweight ring of pure white. Looks surprisingly enticing.

Nose does provide the characters promised. It's heavy on the lemon, but perhaps the overall acidity accounts for that. Otherwise, there are definite characters of cola, almost a cinnamon spice overtone, and notes of wintergreen, American cherry and green tobacco leaf. It's honestly very interesting.

Taste is lighter, but it's still got a complexity to make it work. There are characters of lemon curd and acidic cola early, mixed with a spicy slickness like if you could liquefy cinnamon and allspice. Finish again has the lactic bit of curd, with a zesty bite that manages to drag it up from the milky depths it wants to plumb.

Feel is surprisingly slick. It has a very pleasant depth, despite the lightness and brightness of the beer overall.

Overall, I'm honestly really happy with this. There's a complexity to it that's hard to get in a beer of this ABV, and I really like that they've taken it in this direction. It's aromatic and fragrant, but also weirdly smooth and interesting to drink. Good stuff.
appearance: 4.0 | aroma: 4.0 | taste: 4.0 | feel: 4.0 | drinkability: 4.25